Top 25 Gadgets which Changed the world

With the essence of Christmas deserts in the ambience and this year coming to an end, technology has taken a step forward for the betterment of the lives of people. Team of experts, working together to bring a solution rather I would say a creation for the problems, what was considered impossible. These inventions not only made a people friendly technology, also gave place to a more accepting society for people with differences and disabilities. To make your life a bit more easier, I have listed out the Top 25 Gadgets which upgraded the world to enlighten and update your knowledge. Here, are some of the must know gadgets:

Paperfudge is a toy discovered by a Stanford bioengineer, Manu Prakash. This revolutionary device requires maximum of 20 bugs to create and kick-start the work. What if I said, this small device can be used to diagnose diseases like malaria and HIV.

Yes, you read it right! This one of the Top 25 Gadgets uses the simple method of its circular motion to help separate viruses like malaria and some disorders which none of them could have imagined. It uses the centrifuge method, surprisingly this small toy like gadget has a very rate of RPM, which plays a very essential role for the medical use.

The present innovations dealing with sensitive issues of heart disorder are normally inserted inside the heart for its smooth functioning, which may introduce the patient with infections in their organ on the long run. 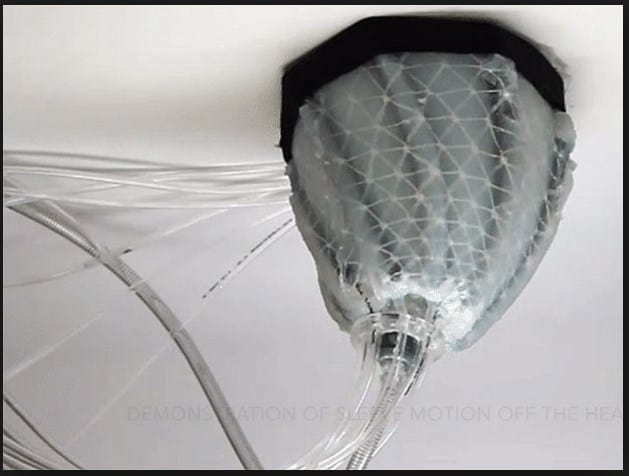 To avoid the same, this is a perfect gadget not just to cure but also, boost your hearts cardiac performance. This one of the Top 25 Gadgets has a structure like that of a suction cup which wraps around your heart and helps your blood to flow through your heart with ease enabling your heart to beat properly. Though this invention is still under observation and is being tested, however this device has been tested on pigs with heart disorders showing significant results boosting their heart rate up to 97%.

eSight 3, is a device for legally blind people supporting their day-to-day activities. This is a creation for them in particular allowing them to see the world clearly.

What interests me, is the products construction, a very sophisticated yet classic design reminds you one of the characters from X-men. This gear sits firmly on your eyes and glasses properly. The working of the gear is quite simple to understand, the camera sending the images of the surroundings to the dual screen and focus adjusted according to the users comfort with the help of sensors allows a clear vision.

Paper plane? reminds of the old school times, well, more or less like a cardboard drone, it is also referred as the most advanced Industrial Paper Airplane. Why not? It can carry up to a 2 pounds of life-saving ailments, on its tough yet lightweight cardboard gliders. Not forgetting the fact, cardboards are completely biodegradable.

The drone is installed with GPS and other electronics allowing it to be dropped by a plane.

Bringing you back-to-back gadgets for blind and legally blind people, this is also one of its kind. Biology is considered tough without the visual representations of the organs, cells, tissues, etc. Physical representation gives a better understanding to the whole system of education, specially for subjects like biology.

Sex education is the most important part of one’s life, generally people forget about the children who cannot see, this is a very thoughtful gadget made by the researchers from Bentech. They forged 18 3D figures, each impersonate the different stages of arousal letting the student to feel and understand the concept of sex education.

Writing to Congress involves a lot of procedures, efforts and time. This where Resistbot which is one of the Top 25 Gadgets comes into play.

Any device having a simple texting application can use this service by typing RESIST to 504-09 after which the user will be asked a series of questions which he or she need to fill in. You’ll be informed about the governors and officials in charge of your location, further you can choose the method of communication with the officials and send your desired changes or suggestions you want to see in your location.

You can also attach your signature by sending an image, further you will asked for your confirmation after you finish reviewing it. Resistbot sends you the formatted letter which you have typed, in a letter format and attach your signature into it (if you have attached) and notify you about the delivery status. This takes hardly 2-minutes on an average to send your plea.

Back to world of IOS and Android, this application is very useful for the detained immigrants or immigrants who are not in the records of government or people who get stuck in raids. This application is a total bummer for them, it helps them to send messages safely to a particular set of people which includes their family and friends.

Ambulance Taxi Program is a system established by the Vodafone company in rurals of Tanzania. This system provides the pregnant ladies with a hotline number in case of emergencies. The service allows them to connect to the local taxi drivers who can drop them to the near by hospital as soon as possible.

The drivers are paid by using a mobile money app M-pesa. The service completely free of cost, the organisation pays the money to the drivers for the help provided with.

This app concentrates on the health and fitness of today’s children who are more involved into the mobile world and have cut off the daily fitness routines and exercises. Thanks to smartphones!

Well UNICEF has to be smarter than the phones so they came up with an where the number of footsteps of the kids are awarded with some points. For every 2500 steps, 10 points are awarded which gives them a key to Ready-to-Use Therapeutic Food (RUTF) which UNICEF with the help of their sponsors use to feed a child with severe case of malnourish.

Disaster maps, is a part of Facebook, helps using the data of Facebook for delivering ailment to the disaster affected organizations. This gives an in-depth information of the requirements along with the location in those areas.

Woebot, is an artificial intelligence which was developed to make a way out through people’s depression and their anxiety disorders. This doesn’t mean you won’t require a therapist or a substitute of the same. However, according to Stanford University’s researchers studied that the depression and moods were improved in the ages 18-28 years.

It helps Refugees to find the services like education, food, health, legal, and many other services nearby instantly by using their location. Though it was a side project earlier but more than 400 organization and doctors world-wide provide ailments. This application has become very popular world-wide.

The name says it all, this tent was made with a purpose of social cause. These tents were designed specially for the homeless population in order to provide them with some shelter and comfort. This tent was developed in roll-away backpack by 12 teenagers with the help of nonprofit DIY Girls.

Cultural beliefs have always been a part of this world, in Kenya, Female Genital Mutilation has been a part of their culture from a very long time. Despite being considered illegal, people still continue to do it.

This application is for fight back. It allows the users to alert the officials and authorities. It also allows the survivors to send their medical paperwork helping them to find rescue in their locality.

Peri is an interesting accessory for creating awareness in deaf people from danger and people reaching out to them. This accessory is connected to the spectacles of the deaf person notifying them with a yellow light when the equipment detects loud noises.

The gadget glows the yellow light from the left or right side depending on the direction of the sound. This is a very useful device for them to help them stay away from danger, for eg: crossing roads can become a bit more easier.

Ever left your laptops or desktop for a long time and wondered your wasting money? What if I said, this spare time is used by Bail bloc to help convicts in jail financially and also help their families who can’t support themselves financially.

Bail bloc mines cryptocurrency Monero, when converted to US Dollars the money is donated to Bronx Freedom Fund and The Bail Project. The user doesn;t have to be familiar with the cryptocurrency knowledge, you just have to let your desktop’s power stay on while bathing, or cooking or any activity you do. Its worth the waste!

This gadget allows blind people or people with poor vision to learn Braille. The device consists of tiles on which the letters are printed on the metal touch. The device spells out the letters with number of dots the letter consists.

Sam is the world’s first educational transgender toy developed by the Gender creative kids Canada. This toy is stacked inside one another. This toy shows the phases of gender questioning and uncovering the facts.

This robot assists people with legal aid and advises for free, it also includes assisting refugees to apply for asylum, guiding cases related to harassment, and many more. This Chatbot was invented for victims who cannot afford lawyers.

The company Pyramid seven, has developed an underwear for the transgender population for their comfort during menstruation. The underwear looks stylish and have an extra layer inside to support their period products, making it period friendly. 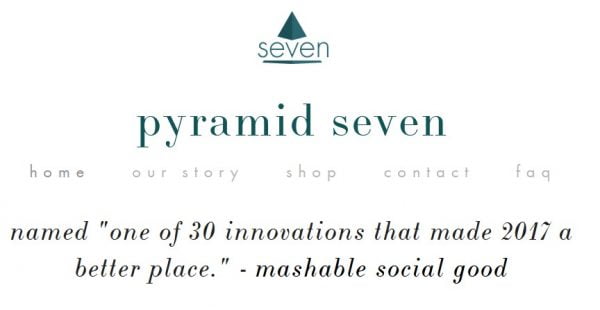 This wheelchair is another unique product awaiting for its prototype to be approved to enter into the market. This wheelchair assists the user to stand. How cool is this! This equipment has been designed by a greek architect Dimitrios Petrotos. Laddroller runs on four wheels and is capable of handle rough terrains as well.

Woman carrying water from distant places for their families is a story of every developing country, to make it easier the Fast Company is developing Watt-r an invention which will move on solar power and bear up to 20 liters of water.

Petit Pli, are clothes which expands as your child grows. Its pleated design allows the material to expand up to seven times. The clothing material allows movements, is comfortable, waterproof, windproof and moreover its child proof. A money-saving and sustainable clothing line.

Nike has never failed to come up with the best products for the athlete souls. The company successfully launched Nike Pro Hijab made of a single-layer mesh material which allows your skin to breathe and its elasticity helps women to customize it as per their requirement. Also saving time, efforts and providing comfort. All the women play tight your religion will never be a problem! 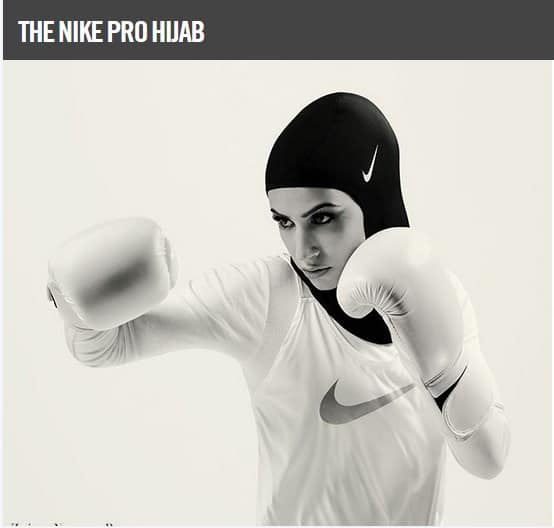