A GPS also known as a Global Positioning System is a great technology that is used to track objects around the world. The technology was developed by the US military in an attempt to make success more seamless for the military – this technology is now being used all over the world and it is highly reliable that it is very clear that this technology will be of more importance in the near future. You might hear about the latest GPS tracking system making the buzz or who made or is using the technology most but the fact is, what matters most isn’t the origin of the technology or who uses it but what is in it for you. There is no point in using something if you won’t be gaining anything from it. Many companies use GPS fleet tracking software with their service employees and this has helped them reduce fuel costs and increase work productivity. Below are some major advantages of using a GPS tracking system.

The crime rate keeps on increasing in every part of the world and a lot of highly valuable objects have been, and will, be stolen. It doesn’t matter how irrelevant you think an object or equipment is to others if it is something that is very expensive you should make sure you install a GPS tracking system on it; for example, a $2 million violin was once stolen from a café in London and the owner had a hard time finding it, if the owner of this highly expensive violin had installed a GPS in her violin it will be very easy for her to locate it, These are just some Gps advantages.

It is almost impossible to reduce the crime rate in the world because new technologies are emerging and it is new technologies that encourage crime and stealing; however, you can make it easier for you to track any valuable object you own by installing a GPS tracker in it. 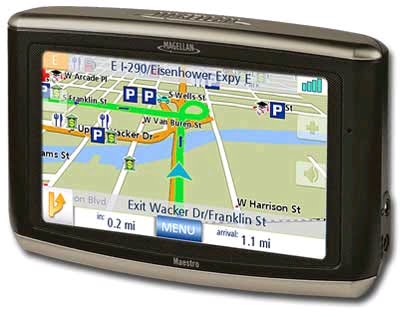 GPS Tracking System Can be Used to Track Things and People

One great function of a GPS tracking system is that it can be used to track anything irrespective of it being static or flexible, it can also be used to track people and animals depending on what you need it for. Another great feature of a GPS tracking system that makes it better is the alarm system it has; for example, you can easily install a GPS tracking system in a vault where valuable goods are so that you can be alarmed anytime someone is trying to steal them. You can also use the GPS technology to ensure things are going fine with people working for you especially if they’re doing a job that requires a high level of security and confidentiality; this will be able to track them anywhere they go and when they go there.

GPS Tracking System Can be Used Anywhere in the World

An added advantage of the GPS tracking system is that it can be used anywhere in the world; it doesn’t matter whether you’re in Africa or Asia the GPS technology is powered by the world satellites and this means it can be accessible anywhere; all you need is a solid tracking system and a GPS receiver.