A Quick Look at the Odds of Winning the Most Popular Games of Chance.

There are a near-infinite amount of games out there in genres to fit everyone’s preferences. From board games and video games to card games and games of chance. Yes, games of chance, so alluring that even the most straight-forward and logical among us can’t resist. Perhaps it’s the thrill of taking risks or the possibility of an exponential payout that draws us in, or maybe they’re just fun to play while you spend time with friends. Whatever the reason may be, most of us know that when outcomes are left to chance, the odds aren’t great that we’ll win, yet we play anyways. Let’s look at the math and probability behind a few of the most popular chance games.

Roulette wheels have 38 numbers, 00-36, alternating red and black, except for the 00 space, which is green. Players can bet either even or odd, red or black, low (1-18) or high (19-36), or on a specific number. Then, the wheel is spun, and wherever the ball lands is the winning space. Obviously, the best odds occur when you don’t bet on a specific number. You’ll have an 18/38, or 47.37% chance of winning. However, these are usually even bets, meaning the payout is 1:1.

If you bet on a specific number you have a 1/37, or 2.7% chance of winning. These odds are a lot slimmer, however, the payoff is a lot higher. Not only with regards to the amount you’ll get, but also with regards to the excitement you’ll have when you see the ball land on your number as the wheel slows down.

Slot machines are pretty straight-forward. You put in a coin, pull the lever, and either win or lose. Many people think that slot machine games are “due to hit,” meaning the machine will only generate a win after a certain amount of money is spent. However, that’s untrue; these games randomly generate wins. That means no matter what time of day, or if the machine just had a huge win, your odds of winning remain the same. 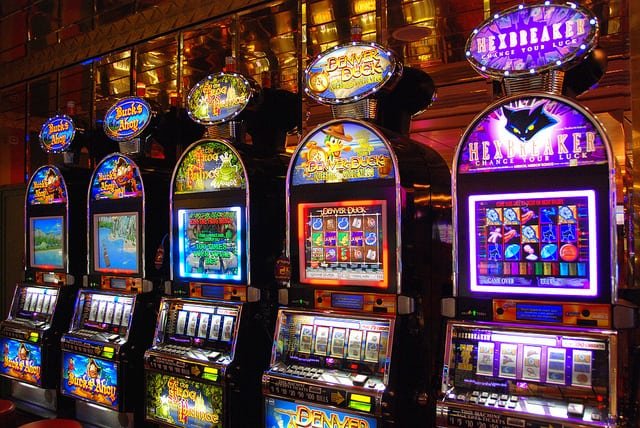 Slot machines tend to have slim odds of hitting a jackpot or payout, simply because there are so many possible combinations you could land on. However, most people aren’t playing the slots to make money, they play because it’s fun. And, if you happen to hit a jackpot as soon as you sit down, that makes it even more fun!

Probably the most common dice-based chance game, craps can be played anywhere with just a pair of dice. The rules are fairly simple, the shooter wins if he rolls a 7 or 11 on his first roll and loses if he rolls a 2, 3, or 12. If the first roll is a 4, 5, 6, 8, 9, or 10, that becomes the shooter’s point, and he rolls again until he hits the same number and wins or rolls a 7 and loses (or craps out). Bystanders can either bet that the shooter will win or lose, or that a certain number will be rolled. After the shooter loses, or wins and chooses not to roll again, the dice are passed to the player on the left. 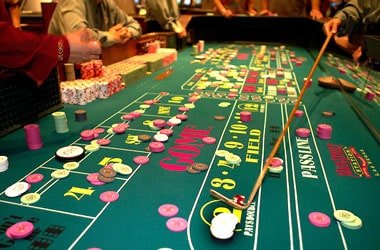 We can see that the odds of winning some of the most popular games of chance are slim. However, isn’t that what makes them fun? If everyone won all the time, there’d be no risk involved. The main takeaway is, play to have fun, and may the odds be ever in your favor!