Last week, Google launched a wearable smart wristband that will help doctors and medical researchers collect the vital signs of their patients anywhere they are and use the data in medical research and finding early symptoms. The new health band may not be much exciting for average consumers like us, as it is aimed at physicians. But imagine a future where it may help eliminate the need to visit the doctor for a medical examination, and instead, send our live medical feed to the physician while we are at home or at work.

The fast-track lives led by the youth today have made the 20’s as the new 40’s. Several ailments are occurring in young bodies which never took place decades ago. These cases just are a way of ringing a warning bell asking people to slow down. With the desire of relishing a better standard of living as quickly as possible, the increase in workload sees no limit and gives people less time to focus on their personal lives. This unfortunately includes health being neglected. Just imagine, we could keep an eye on our health simultaneously as  we work, without having to stop! 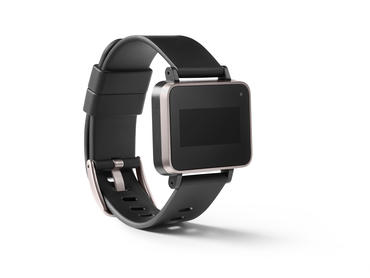 Well, if you are thinking of the same thing, here is a good news for us.  The smarty-pants giant Google has come to our rescue by creating a Health Tracker. Wait,there is more to it. Before start thinking about the other problems such as how big it is, how do I use it or is it to kept only at one place, then hold on to your thoughts as this Google Health Tracker comes under wearables. Yes, you heard it right. It is just like a smart watch having a wrist band, and it keeps a track of heart rate, skin temperatures, heart rhythm, along with environmental conditions like light exposure and noise levels. It can also monitor the pulse rate along with your blood pressure.

This Health Tracker has been made by the Google’s Life sciences team, Google X.  This division has also worked on Google Glass, Delivery Drones and Self-driving cars.  With so many mind-boggling innovations, this team is no doubt set to dive in the wearable health devices sea and create something that will affect our lives in a better way. It hopes for this device to be eventually prescribed to patients or use in clinical trials along with the medical grade  information  that it can collect, but Google has said that it is still in a very experimental phase.

Google X has shown that its major focus is on health. It also said that its other unveiled projects will include its blood glucose-monitoring contact lens, the Liftware spoon designed to counteract the tremors in Parkinson’s disease, nanoparticles to detect disease and Baseline.

Keeping in line with other fitness wearables such as Jawbone Up Move, Fitbit Charge HR,  Garmin Vivoactive, or TomTom Runner Cardio, Google has taken just one bend by claiming these health trackers to be used by the medical community only. This differs quite a lot by other Android Smart watches or Apple smart wearables which were created from a consumer point of view.

The major USP of these Google Health Trackers is early diagnosis. Many doctors have said that half of the diseases happen for the worse because of not proper or late diagnosis. With these devices, the head of the life sciences department said that they hope they are on their way of creating a technology which could extract a continuous medical-grade information so that the doctors will be able to understand the recurring patterns of diseases and find the best solution to combat them.

As the device has yet to undergo additional testing  for approval before being submitted to the regulatory authorities in the US and Europe, lets hope that we see a healthy world from 10 to 20 years from now .