Fitbit on Monday announced the addition of PurePulse heart rate tracking and SmartTrack automatic exercise recognition to its Charge HR and Surge devices.

The PurePulse monitoring will be activated whenever the devices are used in Exercise Mode, providing users with continuous, automatic tracking of heart rate trends over time without the need for a chest strap. 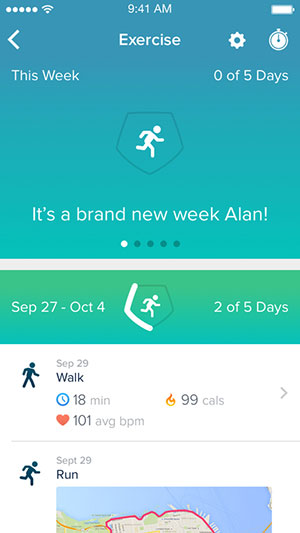 SmartTrack will recognize select exercises automatically and record results to the Fitbit app to inform users about their overall activity.

SmartTrack is capable of identifying a range of both indoor and outdoor fitness activities — from running, walking and biking to team sports such as basketball, soccer and tennis, according to Fitbit. It also can recognize aerobic workouts such as cardio-kickboxing, Zumba and other dance classes.

“By automatically capturing people’s most active moments with SmartTrack, they are getting more visibility into the amount of exercise they’re doing throughout each day and over time, while also giving them the motivation and tools they need to reach their health and fitness goals,” said Michael Polin, senior product marketing manager at Fitbit.

“With this update, we’re letting users know that Fitbit has their back. SmartTrack remembers to track exercises even when users forget to put their device into exercise mode,” he added.

Many fitness trackers can already detect activity, but the PurePulse heart rate technology has been updated to track high-intensity workouts without the need of a chest monitor, which typically is required with other heart rate monitors. The Fitbit system is aided by the ability to determine when someone actually is working out instead of just moving around the house or office.

“It’s important for a device to be able to differentiate between working out and arm gestures,” said Julie Sylvester, coproducer of the Sports Fitness and Outdoors Summit for ‘Living in Digital Times’.That capability also allows the device to analyze the intensity of a workout to determine whether someone actually is working to capacity or “phoning it in,” she added.

Preaching to the Choir

The additions to the devices could entice the Fitbit faithful, but they might not be enough to bring new users to the platform.

“The Fitbit and all of these trackers are really just preaching to the choir,” said Roger Entner, principal analyst at Recon Anayltics . “The market  for these devices are those who are really into fitness and want to quantify their workouts.”

As with many similar devices, there is the worry of backlash as the main activity becomes monitoring the device rather than engaging in the activity, he added.

“There has to be middle ground, and perhaps these devices are too much about the monitoring,” Entner suggested.

However, these devices may be catching on with people who aren’t necessarily spending hours in the gym, based on anecdotal accounts.

“It’s hard to go to a meeting without seeing a Fitbit or a similar bracelet on most of the wrists in the room,” observed Steve Blum, principal analyst at Tellus Venture Associates.

“Most people seem to use it for step counting, to reassure themselves that their normal daily activity is an adequate workout,” he said. “It’s useful feedback for them, and a lot of people seem to be altering their routine to maximize steps.” 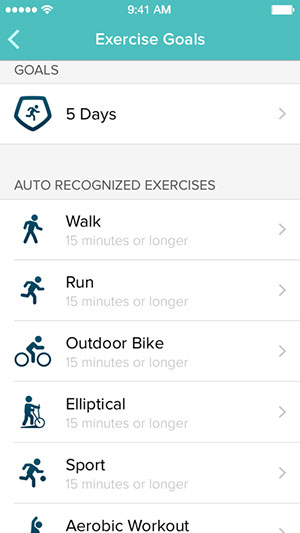 The holiday outlook for Fitbit and other health trackers appears rosy.

Global revenues of sports, fitness and activity monitors are expected nearly to double, from US$1.9 billion in 2013 to $2.8 billion in 2019, according to a recent Consumer Technology Association survey.

However, interest in these types of trackers could be generational, noted Roger Kay, principal analyst at End point technologies.

“Kids who grew up sharing all their information find them second nature.”

“Exercise paraphernalia is a growing industry, and Fitbit is right in the curl of the wave,” Kay added. “Nudging is annoying to some people and helpful to others, so it’s just another feature.”

The Fitbit offers an advantage over traditional heart rate monitors that require the chest strap, but it faces competition from smartwatches, which are still in their infancy but could grow considerably.

“Fitness trackers and even step counters are the first step — no pun intended — to make people more aware of their activity level and their need to move more throughout the day,” said Sylvester. By contrast, “most smartwatches are still on the early adopter holiday list and can be in the category of too much information.”

Watches “have the advantage of being more general purpose,” he noted, “and this could take market share away from the fitness-specific devices over time.”