With the occurrences of identity theft continuing to rise around the United States, government entities are turning to technology to ensure that driver licenses and identification cards are as secure as possible. All states currently use some or all of these ID card security features: 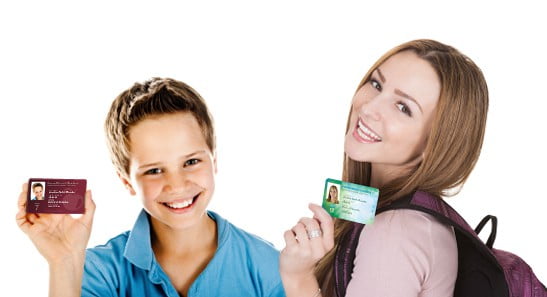 Polycarbonate film is one of the newest technologies in the battle against identity theft. That is because it offers significantly improved environmental stability, durability, and life expectancy over PVC and other previously used materials. This makes a driver’s license or state identification card even more difficult to alter should it fall into the wrong hands.

In November 2015, the Wisconsin Department of Transportation began issuing cards that it claims are more secure than those issued by any other state. Wisconsin residents applying for a new or duplicate card have the option of receiving the enhanced security card or the current one. However, the high-security cards will be required by 2023. They also allow access to some state and federal buildings and provide enhanced security when boarding an airplane.

Some of the features of the ultra-secure card include polycarbonate film, raised text for the expiration date and photo, a black and white photo using laser engraving, two different colors of print, and the Department of Transportation Logo that is invisible unless held up to the light. Upgrading to the more secure card requires an additional form of identification such as a birth certificate or passport.