The Rough Guide to Wearable Tech

Amazon is getting ahead of the wearable tech curve – the online shopping retailer recently unveiled a store dedicated to Wearable Technology. So if you’re still trying to wrap your head around what exactly constitutes wearable technology and why it’s suddenly on the lips of so many people, then you’re reading the right article. 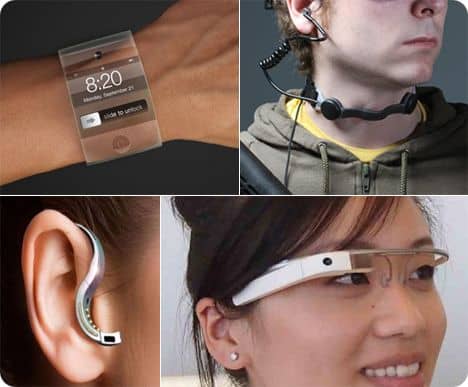 Here are the things you need to know about the market that Credit Suisse believes will be worth $50 billion by 2018:

What is Wearable Technology?

Wearable technology is any kind of electronic what that calculates or processes information and can be worn by the user. Most commonly, that includes accessories such as watches and glasses, but has also been expanded into jewellery, clothing, and even tattoos.

The History of Wearables

Even though the term has only recently been coined, wearable technology is not a new concept. The medical field has been using wearable technology since the 1960s when Seymour B. London invented the automatic blood pressure cuff. Calculator watches and Bluetooth earpieces are also examples of wearable technology that existed before the name came into common parlance.

In 1981, Steve Mann attached a computer to a backpack to help him control photographic equipment. He began a field of study known as computational photography and wearable computing, which is slightly more complicated than what we refer to as wearable technology.

In 1994, the University of Toronto released a wrist computer with a half-QWERTY keyboard, which paved the way for IBM researchers to create a belt computer. That same year, Steve Mann developed a head-mounted webcam that wirelessly transmitted video to the Internet in near-real-time.

What are the benefits of wearable tech?

Technology is general enhances the capabilities of humans, improving communication, memory, sensing or computing. Being able to wear it gives the user more control and consistent interaction with the technology.

You may have worn a pedometer (basic wearable activity-tracking) or even a Nike FuelBand could we substitute FitBit as Nike’s disbanded its FuelBand team (more advanced biometric tracking). In the medical field, wearable insulin monitors constantly screen the blood sugar levels of diabetics and automatically dose them with insulin when necessary. These machines help people keep track of their health and then processes that data into actionable information – whether it’s not walking enough or preventing the dangers of high blood sugar.

Surgeons have also started using Google Glass during surgery to share their methods with students and other surgeons, without affecting the procedure.

Well-designed pieces have the advantage of not interfering with everyday activities and even augmenting them. Imagine you need directions – instead of looking down at your phone, Google Glass may be able to superimpose the directions into your field of vision.

What are the disadvantages of wearable tech?

There are a few issues that have been raised as wearable technology becomes more ubiquitous.

Technology has already changed the way we interact with people and constantly wearing it may mean we will have even more distractions in social situations. Now, people can put their phones away or shut down their computers. Tomorrow, watches or contact lenses may constantly be worn making consciously disconnecting all the more necessary.

People are concerned about being continually surveilled and recorded by cameras that are mounted on wearable technology.

Wearable technology, as they are always in the public space, will be easy targets for hacking. If they carry sensitive data, this can easily lead to identity theft and other security issues.

Most wearable pieces aren’t actually that aesthetically pleasing to wear. They are often large, heavy and expensive which is likely a major reason they haven’t been widely adapted. The ones that have found traction are inconspicuous pieces like the Jawbone? and the Fitbit.

The Future of Wearables

Wearables are still considered a new area of consumer electronics so innovations are going to continue coming. Wearable technology is going to continue becoming smaller and more adapted to specific needs. Here are some interesting developments in Wearables:

Researchers in the United States have developed a device that can embed patients’ medical information into their skin. It can even release medication.

In the same vein as tattooed technology, Cambridge tech company Plastic Logic recently worked with ISORG to develop the first plastic image sensor. Printed tech is still in its early stages, but it has a number of wearable applications. Indro Mukerjee, CEO, Plastic Logic: ‘This confirms the real excitement and focus on technology breakthroughs to enable new ways to interact with consumer and industrial electronics devices.

These are the sorts of technologies that are meant to help deal with the security issue that Wearables face. Nymi, a wristband developed by a Toronto start-up, confirms the wearer’s identity using their heartbeat. The user’s heartbeat is measured using an electrocardiogram and reads the signature that is unique to every person. This biosignature is then used to lock and unlock multiple devices.

Wearable technology still has a long way to go before mass adoption occurs. It needs to be unobtrusive, affordable and assuage the numerous concerns consumers have related to security and social interaction. But the technology is coming and it’s exciting to see where it goes.

Alyssa James is a freelance writer with over four years of research and writing experience. Her work has appeared in the Globe and Mail, Travel + Escape, Matador Network, peer-reviewed journals and local newspapers. For more information, check out her website Alyssa Writes.