Earlier this month, Google had revealed their Augmented reality Glass smart phone. Now Sony has unveiled the innovative Android Smart Watch which keeps you updated with text messages (SMS), e-mails, Facebook updates and Twitter updates as well with the help of your Sony mobile.  Along with this you can also manage your phone calls, control your music player and camera of the mobile which you have connected to your android smart watch. This Android Smart Watch is compatible with the latest Sony mobiles including Sony Xperia Sola, Sony Xperia S, Sony Xperia neo V, Sony Xperia ray and many other recent releases of Sony mobiles and Tablets. Not only Sony but it matches perfectly with other brands including HTC, Motorola and selected mobiles from Samsung Galaxy series. Of course there are many smart watches available in the market but the brand matters and i.e. SONY. Sony’s android smart watch is pretty cool which comes with black and white color. 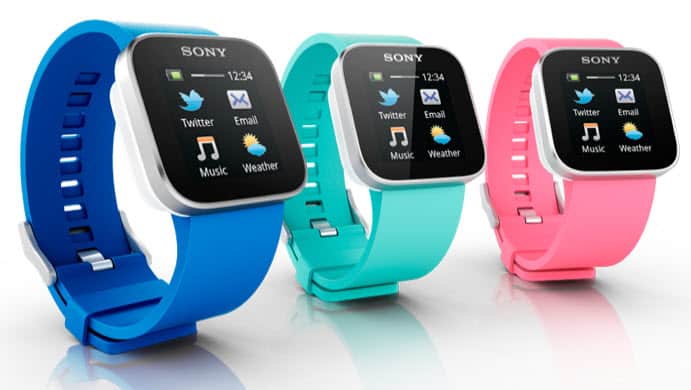