The rise and fall of an internet empire

In the 1990s, during the Dot-com boom there were many companies which made millions of dollars with the help of the internet, this was the time when people barely knew about Google or Yahoo, but after the Dot-com burst none of these companies are even spoken about, one such company is AOL, it successfully survived the Dot-com burst, but the scars were hard to heal. Back then the company was popularly known as the backend of the internet revolution, it was the first to start a chatting service and the initial mastermind behind the email, but right now its struggling to get back and compete with others, the company also ran under a loss during the first quarter of 2010. 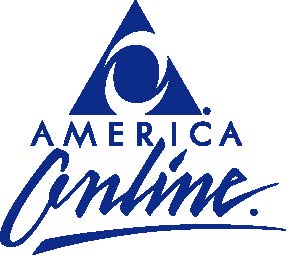 There are plenty of reasons behind this, in this post we are trying to uncover everything that happened behind the scenes, starting from its birth, its boom time and its fall. This is purely based on research and estimation and I don’t have any evidence to back what I’m writing, so this is just a business, marketing and internet case study, but I can guarantee you that atleast 75% of this is true.

AOL was started as Control Video Corporation, which was a company which made gaming consoles and sold games on a temporary basis, the business model was just outstanding, but it failed to impress as very soon it was near bankruptcy, I think it was because their pricing was too expensive for gamers back then and their were many others who provided similar services and allowed purchase of games permanently with just a few bucks more than this.

Later on AOL shaved off 90% of its workforce and started concentrating on online games, which included large MMORPGs and casual internet games, this was the niche in which it achieved its first financial success and as well as world wide recognition, very soon the company realized the potential of the internet in driving the company’s future growth and started investing heavily on the internet.

It started off with chat rooms and conference rooms and soon expanded to many other niches such as emails and very soon it had over 22,000 employees globally, all of this created a huge amount of buzz and it was being called the father of the internet revolution, but as they entered into the 21st Century they were unaware about the fateful merger heading towards them and also the side-effects of this in the long run.

The merger (sky heights) – the key reason behind AOL today

The beginning of 2000, AOL made a huge buzz all over the world by announcing its plans to take over Time Warner which would make the company a major media powerhouse in the world. It was a all-stock deal and it took the company’s valuation to over 300 billion dollars, the combined workforce touched 80,000 and the same year AOL touched its highest subscriber point of 100 million.

As more and more startups started to make it big on the internet, AOL failed to update its business model, either because it was a giant which couldn’t get much attention or because it had too many people working on the same. By 2006 the groups valuation reduced from 300 billion to 200 and its users were steadily declining, all of who wanted to use services like Yahoo and Google as they were much more innovative and matched with the trends of the new internet.

After 10 years of disappointing corporate activities, AOL and TimeWarner officially split affecting both of them financially and publicly, AOL was forced to hire reporters and spend on a few other resources in order to push its content, AOL’s valuation fell to less than $2.5bn and its revenues took a direct hit. AOL could no longer use TimeWarner’s properties to promote its services, so it resulted in a huge loss for AOL, after this its profits continued to decline each quarter and it soon reported a loss in the first quarter of 2010. Most employees of AOL say that it was TimeWarner which was responsible for such state of the company, its CEO itself mentioned publicly,

If you look underneath it, it’s really about cleaning up what happened during the AOL-Time Warner years.

Future of the fallen internet giant

After breaking up from an uncertain marriage TimeWarner, AOL had lost all of its valuable properties, but some analysts say that the company still has a chance to prove itself, it still has got enough public confidence to sell a few common shares and raise enough money to fund innovations, as most under valuated internet companies do that successfully today, but still nobody can dream of the company returning to its old times when AOL was known as a revolution.

After facing problems with its dial-up model, its completely changing its business model to cope with the demands of today, according to Tim Armstrong the company will now be focusing on publishing blogs, online advertising and news and will be improving its communication services such as email and AIM, which are currently its core internet businesses.

The strategies used by AOL aren’t really clear, from the past one year they have been liquidating their assets in order to raise money, this truly isn’t a wise strategy for a company dreaming to make a come back, moreover recently it also took over Techcrunch for reportedly $25 million, this seems to be a valuable acquisition, but AOL has got no editorial control over the network, its right now just an additional source of revenue, this is again a bad move according to me.

Techcrunch will surely receive tons of popularity as AOL will be distributing its content to wider networks, the only thing AOL can benefit from is by selling advertisements on Techcrunch, though Michael Arrington made a nice move to avoid the exploitation of his firm, he can never be sure about what AOL may end up doing to them.