Society grows increasingly dependent upon mobile technology every year, and while there have been magnificent discoveries that make our mobile phones, tablets, and wearable tech more capable and attractive, we seem to have hit the proverbial brick wall in some of the most fundamental aspects of the devices we carry, wear, and rely upon more and more every day. Thankfully, however, the technological leaps have not been limited to the things that make our devices more useful, more entertaining, and to be honest, more worthy of bragging rights. One of the problems that we’ve accepted for far too long is limited battery life. 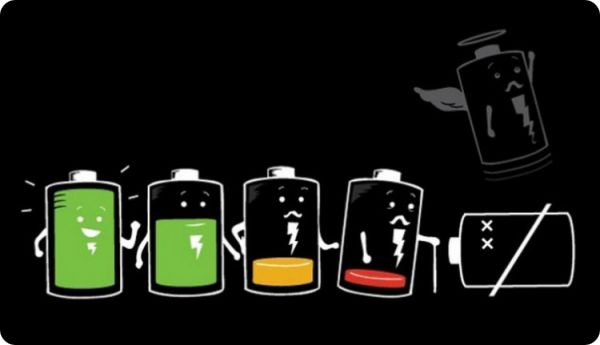 Also read: Technology That Can Charge Your Mobile from Sound Energy

Battery life continues to shrink. Processor speeds in our devices increase at nearly the speed of light, and the graphics displays on our mobile devices actually rival some high-end home video displays. That’s wonderfully exciting stuff, but those more powerful processors, graphics chips, and faster memory – not to mention the millions of essential apps that we tinker with all day – all use power faster than we’d like.

Early mobile devices were initially powered by alkaline batteries, which didn’t last very long, and couldn’t be recharged. Along came Nickel Cadmium (NiCad) batteries, which could be recharged hundreds of times, but whose power got drained pretty quickly. NiCads were also plagued by a sort of negative intelligence, which was demonstrated by their ability to “learn” to reduce their capacity according to how their human treated them. If, for example, you frequently recharged your mobile phone battery when its capacity was only half depleted, the battery would lower its capacity to match that half-full mark. And being that users are generally terrified of their devices being completely disabled even for a brief time, few users would deplete the battery’s charge completely before recharging it, as the devices’ instructions advised.

The currently used lithium-ion batteries have a significantly higher capacity and life, and are not plagued with the “memory” problems of the NiCads, but they do take a long time to fully recharge, and have on occasion been known to burst into flames. Not something you want to experience, particularly if your mobile device happens to be sitting in your pocket at the time.

The solution, of course, is better batteries (or at least taking steps to conserve life). Despite the fact that progress in battery technology is proceeding at a seemingly glacial pace, battery makers have invested hours and pounds beyond count in their search for the mobile device industry’s Holy Grail: a battery that lasts a long time, recharges quickly, and doesn’t spontaneously morph into an incendiary device. One promising discovery has been made at Stanford University, in the form of an aluminum battery that can be fully recharged in roughly one minute, and cannot be made to catch fire. Thus far, the major drawback of the aluminum batteries is that they can produce significantly lower voltage than an equivalent-sized alkaline or lithium-ion battery.

Another approach that shows promise is the solid state battery being developed by a University of Michigan-initiated battery tech firm named Sakti3. The company claims to be able to produce a solid state battery that will deliver a 50% increase in capacity over lithium-ion batteries of the same physical volume. At this point, the major drawback seems to be achieving a price point that will be attractive enough to convince device manufacturers to switch from more conventional but less expensive batteries. They must be onto something, however, as UK vacuum maker Dyson, which is quite active in the design and marketing of cordless, battery-operated vacuums, has invested some $15 million into the company.

It would not be too surprising in the near future to be able to run your mobile devices far longer than you can at present, and to be able to recharge them in about the time it takes to pour a cup of tea.