Google Map Gets 5 New Features for India. Here’s All You Need To Know

Google is in a good mood to bless Indian users with more features for both Android and iOS users. Google Maps driving directions is by default used by most travelers. The company recently announced some new features in order to navigate even better, using their application. Here are the top 6 features added by google: 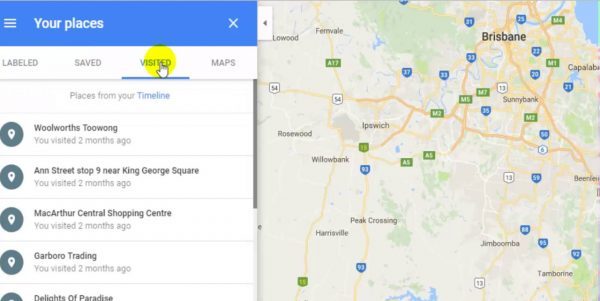 One of the features involves the languages. The application will now support six more Indian languages including Bengali, Gujarati, Kannada, Telugu, Tamil and Malayalam. These languages are supported for using voice-navigation and real-time traffic updates as well. Surely this feature will reduce the language barrier between people and Google’s technology.

2: An upgrade in Traffic Updates

Google has collaborated with the traffic authorities of vital cities of the country like Delhi, Mumbai and Kolkata. India is a colorful country with various festive seasons. So, Google gave a thought on the changes which would help the users even more. This upgrade will allow the users to notice the routes which might affect with traffic during the time of festivals and events. This was a much needed updated for Indians with never ending festive seasons. Real-time traffic data will be consolidated in Maps which will predict the routes which will be affected by the traffic.

Infrastructure of Indian cities is very complex, cluttered and complicated consisting very narrow unnoticed roads or no roads at all. This infuses a lot of insecurities and vulnerability in the minds of travellers. To avoid such confusions the company has introduced a new method in order to maintain precision. Maps offer you with a form to be filled by users to feed information about any particular shop, address, office, public parks etc. Fortunately, the form will not ask personal details (name, gender, age, etc.) about the person to avoid the misuse of the person’s address. This feature will be very useful for travelers who are doubtful about unfamiliar locations or addresses

The Plus codes is a feature which is being used in foreign countries from quiet sometime. The search-engine giant has now introduced this feature in India as well. Places which do not have specific street addresses will be easier to search. This Open Location Codes will also help in places with a higher population density having less data accuracy. These Plus codes are alphanumeric codes. The first four alphanumerics will represent the area. Further the Maps will zoom-in to the area giving an estimated yet exact location by adding more digits to the code. A Plus code for a location having no address can be generated by anyone and shared with friends on social media or messengers. This feature can also be used by businesses by generating Plus Code and adding it to the overview section of their location in Google Search or Maps.

However, these Plus Codes cannot be generated manually. Let Google do the hard work and make it easier for you by generating the code.

As mentioned previously, India has very complex and long addresses in urban areas as compared to many other countries.  This creates a glitch in navigating places on Google Maps. To overcome this problem, Google is using the new AI method. It will now consider the nearby landmarks for locating the place. This might not help the person to reach the proper location but drop him to the nearest place. Nearest is fine, but what about reaching the exact place? Come on human! Work your muscles and ask for someone’s help to reach your destination.