Gionee A1 Plus Review – Large Battery and Dual Rear Camera

The Gionee A1 Plus is the bigger variant of the Gionee A1 and comes with Dual Rear Camera, Bigger Battery, and a 6-inch Display. I have been sent the review unit by the company for review and here is a full review of Gionee A1 Plus.

The Selfie game is at all time high and companies like Vivo, Oppo and Samsung are trying its best to win their spots by strategically arranging the dimes. Though Gionee was one of the first Chinese players in the market, for some reason they went a step back in the selfie game. The launch of Gionee A series smartphones which aim at the nation’s youth, features; great built quality, best in class battery and of course an excellent selfie camera. With Gionee A1 and Gionee A1 Plus, the company has finally acknowledged what customer needs and has beckoned the competitors. 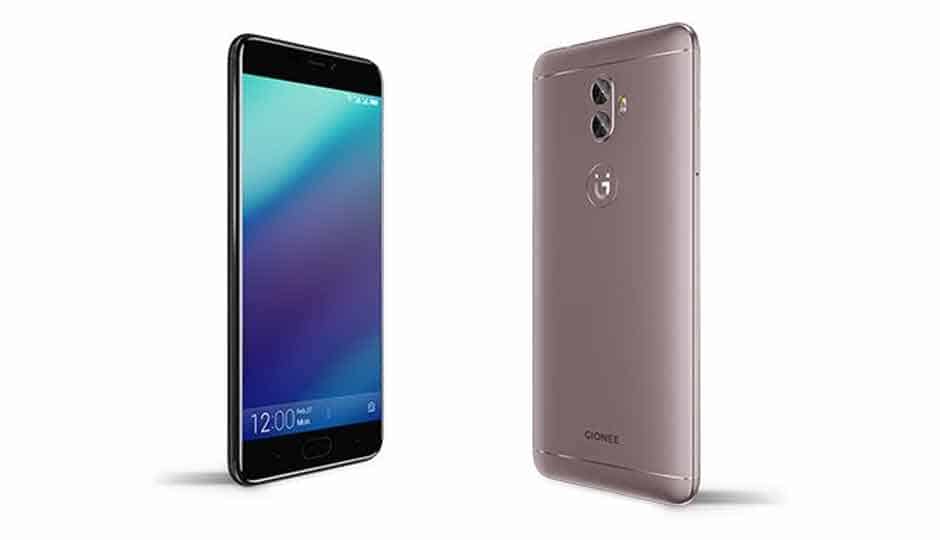 Those who follow our blog might have seen my Gionee A1 Review and today, we are going to have a comprehensive review of the Gionee A1 Plus. The Gionee A1 has been given the label ‘Selfiestan Humara’ but, did it hold the claims by Gionee? I doubt. Well, we have the ‘plus’ variant now to re-evaluate the same. Without any further due, let’s get started.

Gionee A1 Plus Specs

Gionee A1 Plus – Design and Built Quality

When it comes to build quality, Gionee A1 Plus is no exception for company’s A-series platform. The device is precisely crafted and perfected to be the big brother of Gionee A1. The metal unibody chassis is an amalgam of aircraft grade material. The edges are contoured and body is polished to perfection. This makes the device extremely slippery and I would suggest you using case or skins.

In the front, the bigger 6 inch IPS display gives out a maximum resolution of 1920 * 1080. I find the display to be bright enough for highest of sunny days, good color reproduction, sharp and really satisfying. Same was the case with Gionee A1. Unlike the Gionee A1, the fingerprint sensor is embedded in the home button this time. The Gionee A1 Plus also has the two, less obtrusively placed, capacitive buttons on either side of the home button. On the top; all the sensors, earpiece, lamp flash and the 20MP selfie camera. 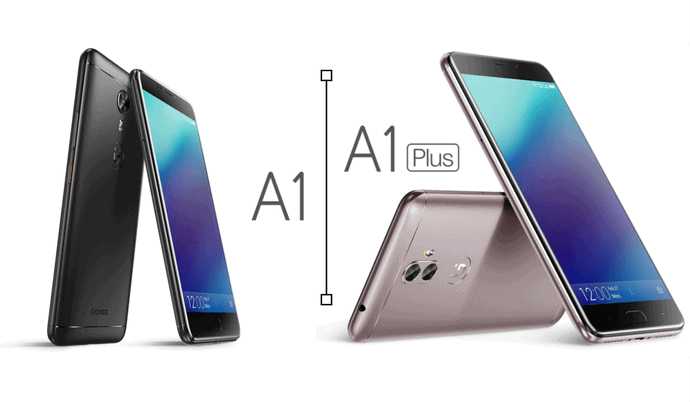 The Gionee logo on the back is still intact and shimmers at times. The dual camera is vertically stacked right above the logo. There is a dual LED flash for night photography. On the bottom, on top of the Gionee Logo, they have the brand name ‘Gionee’ emblazoned to the metal body. The antenna bars, on at the top and another at the bottom, is clearly visible.

On the top, 3.5mm headphone jack and a microphone. On the bottom, there are two speakers and to my surprise, both are functional rather than one being functional and the other is for keeping the aesthetics in balance. On the right side, the volume rocker and lock button. On the left, the SIM card slot.

The Gionee A1 Plus is considerably heavier than the predecessor Gionee A1. The A1 Plus weights 226g while the former is just 182g. The big battery and large display add the extra 44g and it does feel when you hold it on hand. The weight makes it difficult for you to perform one hand operations for an extended time. I bet you will have a hard time mounting the device on gimbals especially if you are planning to vlog with the Gionee A1 Plus.

Gionee A1 Plus – Camera

Since one of the focus points of Gionee A1 Plus is Camera, there are a ton of options available in the camera UI. For starters, there are 5 different modes in which the camera interface can be changed. This, I find, is more like the iPhone interface. You swipe the screen to change modes; Video, Face beauty, Photo, Panorama and Smart Scene.

The 20 MP camera in A1 Plus is easily one of the best in the segment. There are options to alter your face in many ways; adjust eye size, jawline, skin lightening, bokeh and of course, beauty mode. There is also a front flash which will help you capture selfies in low-lit conditions.

That said in the paper, in reality, the photos the front camera clicks are of good quality. The camera algorithm by Gionee plays a key role which does touch up your photos before you even see the preview. The selfies in low light, combined with the flash, feel less smudgy and delivers usable photos. In good lighting, the camera performance is undoubtedly the best.

The main camera is where Gionee has done a major revamp compared to the predecessor A1. The 13MP single sensor camera unit is upgraded to dual rear camera unit with 13MP + 5MP sensors. The Gionee A1 Plus has the same 13MP AF F2.0 SONY IMX 258 sensor which captures color images and the 5MP sensor does the same in monochrome. The color reproduction and white balance are good with good dynamic range.

Coming to the dual camera mode, the part most of you are waiting for, is kind of disappointing. If you would expect to capture the iPhone or OnePlus 5 type images, please be informed it doesn’t work that easy in the Gionee universe. In fact, you don’t even get to see the effect in live on screen before clicking the picture.

Using the on-screen slider, select how much blur effect you want and click the picture. The phone takes a bit time before the processing is done and even after, you don’t feel impressed. The bokeh is not so perfect and the images look as if they have been modified using the software. When you have a dual camera setup like this you get to expect better results and I hope Gionee would release some solid updates. 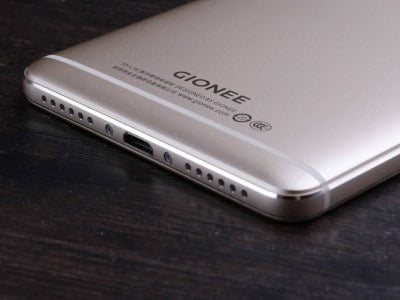 On paper, Gionee A1 Plus will capture videos at a maximum resolution of 1080p. Sadly, there is no 4K support even at this price tag. The videos are not smooth and better switch to 720p for good results. This is something which I never expected from a ‘near-flagship’ device from Gionee.

Gionee A1 Plus – Software and Performance

The Gionee A1 Plus is powered by octa-core MediaTek Helio P25 processor along with 4GB of RAM and 64GB of Internal storage. Like you guessed, the processor is nowhere near to any of the Snapdragons on the same platform in terms of performance and battery saving. There is occasional jerkiness while using the camera which is completely unacceptable for a phone of this stature.

We tested playing games, streaming music, and video, even watching full-length movies for testing purposes. There is a bit of heating issue which is obvious because of the metal unibody. The gameplay was smooth with negligible lags. However, the MediaTek underperforms when put aside to the Qualcomm’s Snapdragon.

The connectivity options include; hybrid dual sim, 4G with VoLTE, WiFi (802.11 a/b/g/n/ac), micro-USB port, Bluetooth 4.0, and GPS/A-GPS. The phone comes with Android v7.0 Nougat pre-loaded. The Gionee’s own Amigo 4.0 skin is applied on top of the stock android, which was completely unnecessary. There is no menu drawer instead, the apps are arranged in the home screen itself. The edge bar lets you keep frequently used shortcuts handy. There is support for smart gestures and the phone do support reverse charging.

The UI looks as if it is designed by taking a lot of elements from the iOS. First, there is no app drawer, all the apps are placed in the home screen. The notifications can be viewed/accessed by swiping down from top of the screen. The quick toggles like; WiFi, Airplane mode, Data, GPS etc are moved to a panel which pops up when swiping up from the bottom of the screen. It will take some time getting used especially if you used to be an android person before. Apps like; Facebook, Instagram, Messenger, Amazon, Saavn, Xender, Truecaller and the Touchpal Keyboard comes preinstalled.

Gionee A1 Plus – Battery

We covered about the Gionee A1 Plus big display, selfie camera and finally, it’s time to talk about the battery. The phone comes with a huge 4550 mAh battery which gives you 2 days of power against normal usage on full charge. I own a Lenovo P2 which also packs a similar battery, offers better standby time than Gionee. Thanks to the QUALCOMM Snapdragon which does a better job than the MediaTek when it comes to battery management. 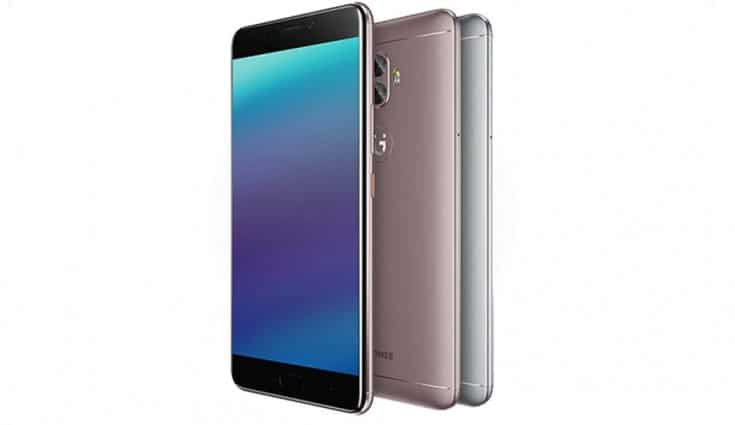 The phone supports fast charging and the 18W charger comes out of the box. The adaptor works at its full potential to fill up the battery and eventually, it reduces the Wattage as the phone battery level is above a certain threshold. The phone takes almost 2 hours to fill from 0-100%. There is also an option to do reverse charging means, you can use Gionee A1 Plus as a power bank to charge other devices.

The Gionee A1 Plus looks impressive both on paper and in real but, things get little dubious when you hold it in your hand for the first time. The device is heavy, 226g to be precise, and the big screen is not making it any easier. The dual camera is gimmicky as it doesn’t give you the photo out as you would expect. The secondary camera is only for depth sensing and there is no wide-angle capture capability, a huge letdown. The bokeh is amateur and requires a lot of tweaking.

The UI might feel completely new for those who are coming from stock android platforms. The huge battery is a great plus point especially, it offers reverse charging in case of emergency. The decision to go with the MediaTek processor on board rather than Snapdragon is also something which makes me think twice before I take a decision to buy this phone. The battery efficiency can be made even better if Gionee could make some software updates in future. 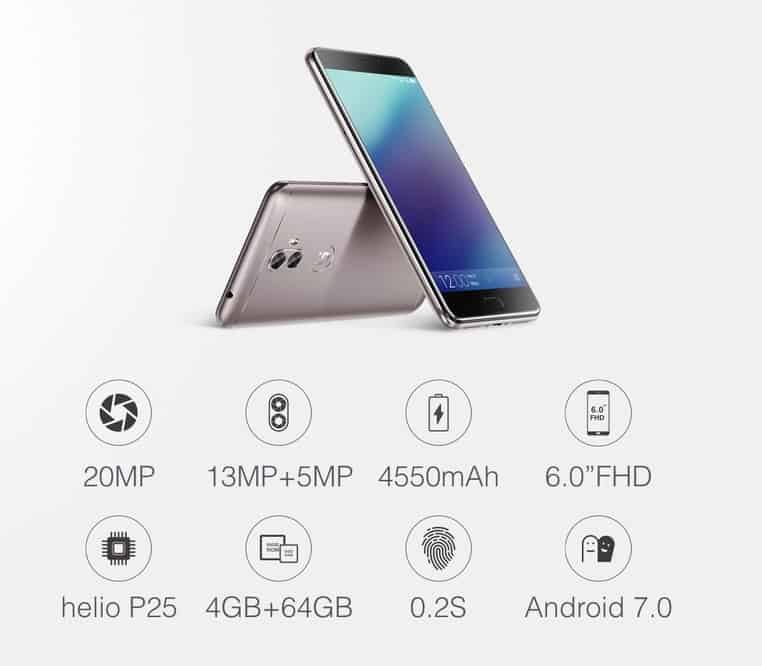 If you are looking for a great battery with average camera performance then, Xiaomi Mi Max 2 will be a good option and is much reasonably priced than Gionee. If you don’t mind the small battery, you can still go for OnePlus 3T which offers at least 5-fold performance and comes loaded with a stellar camera.

The Gionee A1 Plus is a premium looking smartphone with great build quality, a brilliant display and offers superb battery backup. The selfie camera and main camera lacks the punch to compete against the market rulers like OPPO and Vivo, the photos are of above average quality and if it to rank, will only come one step below the nearest competitor.

A big declaration has been made by Itel, the most reliable brand for mobile devices. In order...
Read more

If you have been watching the news on MI 11 launch we have some important updates. Highlights we know...
Read more

It’s probably the best time to be a mobile gaming enthusiast in India since the options at disposal to a potential mobile...
Read more