Blu-ray 3D Ripper is the first Blu-ray 3D converter  software which is capable of converting Blu-ray 3D to 3D video files like AVI, MP4, WMV, MKV, M2TS and TS for playback on 3D TV, glasses-free 3D smartphones, and other 3D display devices.  Blu-ray 3D Ripper provides various functions with outstanding quality and speed, it has a user-friendly interface where it is possible to rip the blu-ray in few clicks.

Real Time Preview:  This feature displays the preview of the work in real time to see the results and compare with the original one while editing. 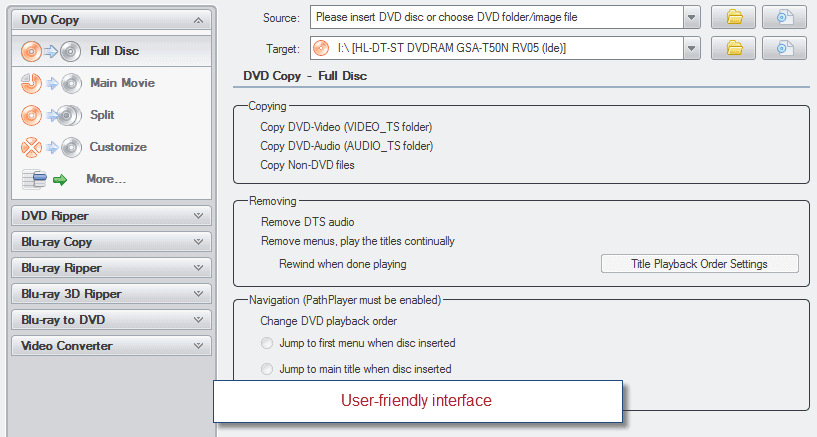 Blu-ray 3D Ripper supports side-by-side 3D Blu-ray format which being the popular format for 3D Blu-ray content’s transmission used by cable TV providers. One can set bit rate, frame resolution, aspect ratio, frame rate and more for video format, and bit rate, channel and volume for audio and also can select whichever audio and subpicture streams to be included in the output file. One can choose to directly render the subtitles into the video or export them as files and output 3D video can be set to use only forced subpicture. Also one can customize the video effect freely to make it as preferred. Resetting the frame resolution, crop the play region automatically or manually, remove black bars if there is any, and many other settings can be done.

Blu-ray 3D Ripper stands first amongst its field. This is the a complete package that provides all the basic as well as advanced functionalities and features to work with Blu-Ray disc. Apart from 3D Bluray Ripper, DVDFab also makes 2D to 3D Converter