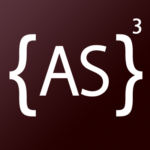 That’s it. Here we exported the movie clip to action script as a class named “block” and used “addChild” function to add the another instance of movie clip to the stage. We also specified the new instance name to “box” using the “counter” variable.

Here you can get the attached

.fla file of this coding.