The zenfone series is now somewhat becoming a benchmark progression for Asus where the company has a line-up of multiple smartphones under the category. There are similarly named and resembling devices but some or the other element differentiates. It is also very much possible in this era to get a phone that lasts much longer than many other hi-end devices and every time even Asus seems to be focusing on the same. The ZenFone 3s Max sports a 5000 mAh battery, runs on the latest Android Nougat operating system and can upgrade to 2TB external storage through a hybrid slot. Amongst all the marathon phones, the battery is a big differentiating point in the ZenFone 3s Max device. But what else does it offer and what are the goods and bads?

How it feels & looks?

The phone comes in two colour options: black and sand gold. The black one is, of course, subtle but the sand gold looks a bit gaudy. I feel the consumers would prefer a more neutral option than the flashy one. Other than the colours, ZenFone 3s Max is quite sleek (only 8.9mm) along with being compact and handy. It has a full-metal body finish and curvy edges. 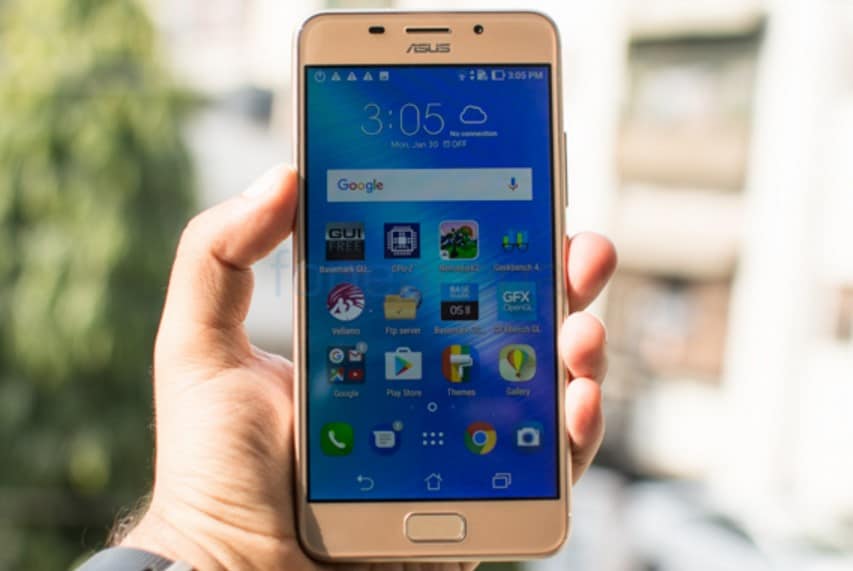 The device feels very strong & sturdy when held in the palm but on the same time it also is a little bulky as compared to the other such range smartphones. The built quality is solid considering the price range but the looks aren’t its greatest strength. The device is otherwise comfortable and even with one handed operation the phone doesn’t interfere due to its weight.

You do not get any capacitive buttons and instead have the on-screen navigation bar. Plus unlike the previous models, there is a physical home button present on the front panel that also doubles up as a fingerprint sensor (not at the back panel). The sensor though is a bit slow but works fine most of the time though the placement seems to be much lower than usual.

The rear camera slightly protrudes from the body of the device but it’s not that significant. The volume and power buttons are found on the right along with dual firing speakers and micro-USB port at the bottom, hybrid SIM tray on the left and 3.5mm audio jack on the top of the device.

The most extraordinary specification is here the astonishing 5000 mAh battery which of course is a distinctive feature of this phone. You get a MediaTek MT6750 processor along with a powerful Mali T860 MP2 GPU.

The device is specifically designed for supporting both the VoLTE and LTE modern and standard technologies. It’s a capable and budget-friendly phone running on Android 7.0 Nougat OS which is a new update in the zenfone series phone.

Camera support is of 13 MP at the rear and 8 MP on the front. 3GB RAM is supported on the device along with 32 GB internal storage and an expandable microSD card slot. It’s a 5.2-inch screen device maintaining a full-HD screen.

The device is inundated with really unnecessary pop-ups and notifications about all the built-in features which would definitely blow (being sarcastic) your mind! These are enough to easily confuse a new zenfone user. There are completely ridiculous and spamming apps that always want to keep downloading (with permissions of course). And there also is an unnecessary notification overload that one needs to manually keep releasing. You would find the ZenUI cluttered with several pre-installed and third party applications. And dealing with more and more gestures, shortcuts and options within the Settings app causes additional pain.

The primary camera of the Asus ZenFone 3s Max has a 13-megapixel resolution and a dual-tone LED flash. Whereas, the front camera has an 8-megapixel special wide-angle lens (though with a fixed focus). There are tonnes of camera features for those photography enthusiasts including several assorted filters and modes. The performance of the device’s camera is snappy but none of them lives up to the expectations at this price point.

Macro clicks had to face a little trouble while focusing right but eventually after a few tries things fell into the correct place. Daylight pictures in the outdoor conditions turned out very well and well lit. But the night time pictures had some grains due to the low light conditions and weren’t at all appealing. Getting an average quality camera at the cost of detailing isn’t what we expected! 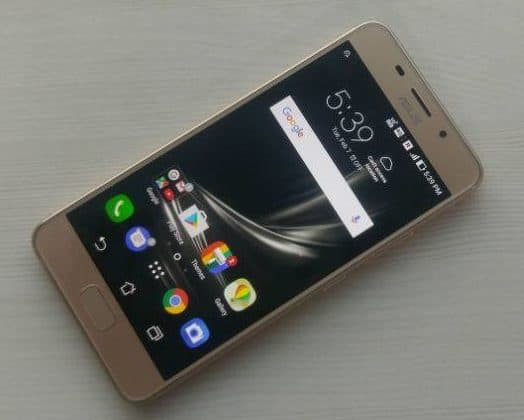 It is a mixed bag show when it comes to considering the ZenFone 3s Max device. The touch sensitivity of the sensor is a bit off at times.

The back of this device gets quite hot while playing videos or games at a stretched time. Further, the cumbersome ZenUI makes it almost impossible for the user to enjoy any of the provided features though lags are really less with almost low to no app crashes.

Let’s put it short, 3GB RAM, 32GB internal storage and a microSD card support which is expandable up to 2 TB via the hybrid slot.

The front glass panel display is quite rich and sharp. It is a 5.2-inch, 720 x 1280 resolution with a full HD support. The screen size is ideal for most of the users, easy to work outdoors, no reflections and handles all colours well.

But if you really look close enough to the smaller details the resolution lacks that quality. This isn’t a standard feature when compared to some of the rivals at the same price. But it definitely not looks inferior in terms of quality all the time. You also get a blue light filter meaning lesser stress to your beautiful eyes.

The battery just doesn’t drain even after using the device at the fastest pace. Amazingly, one and a half day performance is what you get which you can reasonably push for almost two full days with moderate usage.

At the price of Rs. 14,999(Buy on Flipkart) the smartphone lives up to the expectation of the battery standards claimed. The “big battery compact package” powerhouse could have been priced a bit low considering all the other specs. But the premium design and Nougat OS might lure you again!