Technology is moving very fast in the area of television viewing. ULED is a combination of the best of the QLED and OLED technology to bring viewers the sharpest and brightest contrast on a video screen. 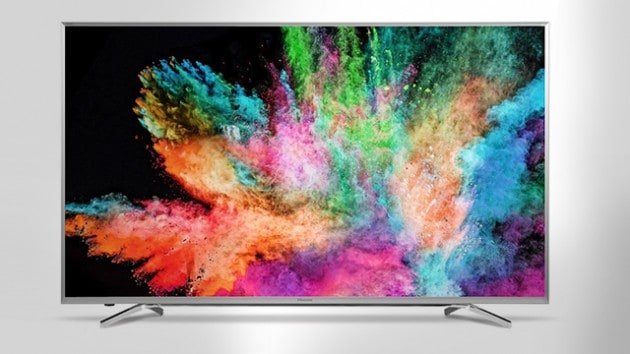 ULED is offered by Hisense in Australia for people who enjoy the widest range of colours and definition. This system combines quantum dot technology with a system called local dimming for the best contrast between dark and light tones. This is the 4K ULED Series 9 TV, an innovative system that is the future for high-quality video screens. The “U” in the title stands for “ultra”.

A quantum dot (QLED) television is the latest development in the back-lit LED or light emitting diode screen. The local dimming system offers deeper blacks for the best high-definition viewing.

The LEDs in the quantum-dot system are actually blue rather than the white of the conventional LED screen. The red and green hues are created by the quantum dots while the blue hues are the result of the LED lights.

The quantum dots are arranged in a sheet of film over the light-guide plate or in a special tube adjacent the LEDs. Each tiny dot emits only one colour when it is hit with light. The blue LEDs hitting the dots accelerate the colour to its maximum brightness.

Blue light has the highest energy in the colour spectrum. The light is actually refracted to a lower energy state to create the red and green tones. There are billions of tiny red dots and even smaller green dots in this new system.

All of this colour flows through the polarizers, liquid crystals, and colour filters to meet your eyes within a nanosecond. You get pure colour with no wasted light. The contrast is currently the best available.

This is an organic light emitting diode technology that offers a very clean picture on the screen. Unlike standard LEDs, every pixel in an OLED screen emits its own light. A backlight is not required.

Each pixel can be programmed on or off for the best effect. This means sharper blacks for good contrast. But more power is required for the brightest image.

This includes the key areas of:

The result is of technologies that make the most efficient use of energy to produce the sharp picture. A wide palette of colour is primary. This involves pale, subtle tones and hue that are still sharp and not faded.

Most high-definition television screens are expected to display 90% of the colours accurately. ULED has proven a display of 99.8% of all colour definitions.

While the OLED system improves blacks by turning off pixels, local dimming enhances the blacks with the quantum-dot technology. The resolution is exceptional with 3,840 by 2,180 pixels in your screen. This is four times the pixels found in conventional high-definition screens.

The 4K technology requires a faster Internet rate for the smoothest motion on the screen. Netflix and some video games are designed around this faster rate. New 4K Ultra HD Blu-Ray players and discs are also available. New films are now made with the 4K resolution for future presentations on home TV screens.

The Hisense 2017 Series 7 4K ULED screens offer HDR Plus. The Series 8 and 9 screens have HDR Supreme technology. This range works with Dolby Vision or HDR 10.

The newest screen has “1000 nits”, a measurement of the amount of light a screen emits. The LED technology allows for the brightness without extreme energy usage.

Check out the latest Hisense Series 4K ULED technology. Your mobile devices can be connected to this screen. This is ideal for photo and video editing as well as viewing.

The combination of ultra quantum-dot technology and fast speed will make your viewing experience unique.