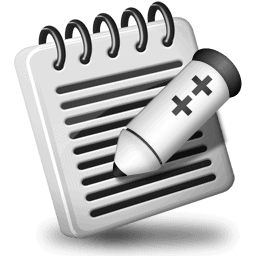 If you’re like the majority of Notepad users, you probably write web pages, Cascading Style Sheets or even computer software in it instead of plain old text. Notepad is limited for this kind of usage — it can’t handle very large text files well, sometimes “breaks” text by loading it improperly after you save and close, and more. It will do in a pinch, but now that there are so many free Notepad software alternatives out there with helpful extra features, you’ve got no reason to make do with the bare minimum.

Here are some of the top free software downloads available to replace Windows Notepad:

One of the most well-known windows notepad alternative; Notepad++ is aimed at web site and software designers. Features include:

Notepad2 aims at replacing the original Notepad; it closely resembles the original. Features include:

The self-declared Swiss army knife text editor, TED Notepad is so tiny and efficient that you can download it to your flash drive and take it with you anywhere. Simply run the .exe file directly from the flash drive — it doesn’t even need to be installed first! Features include:

These are some of the best free Notepad replacements out there, but there are many more. If one of these programs doesn’t have a feature that you were hoping to see in your new Notepad software, try doing a web search for “free Notepad read aloud” or whatever other function you want it to perform. It’s probably already out there, just waiting for you to find and download it.

Do you know of a great Notepad replacement software that isn’t listed here? Feel free to leave a comment and share it with us!