Video games have been in the industry for more than 30 years now. Computer graphics is a sophisticated field and graphics in games are pushing the photorealism barriers. Now the engineers are pulling graphics out of the television and the computer screen display. They are integrating them into the real world environment and this new technology is called Augmented Reality (AR). This technology has enhanced all our five senses.

Augmented reality is much closer to the real world and it is adding graphics, sounds and smell to the real world. Recent developments have made this technology accessible using a smartphone itself. It is more closely understood by the concept called mediated reality. In this, the view is modified by the computer and as a result, the user’s perception of reality changes. 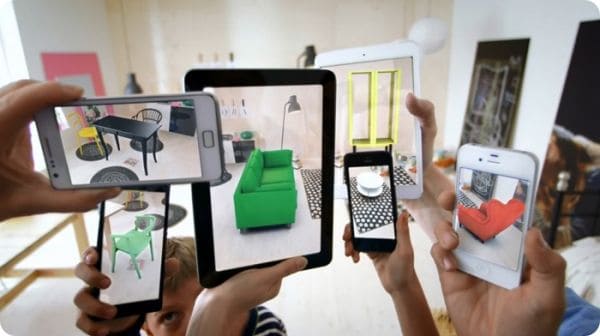 How Augmented Reality is being used?

It is mostly hidden behind the images and can be included in print and film media. It is being used recently by the advertisers in order to create 3D render of a product or object and the user is able to see a 360 degree image of that product. If the quality of the augmentation is good, then the approximate size of the item can be indicated and this allows the user to use the item, as viewed from their mobile screen.

Another setup includes printing a marker and holding it in front of the webcam that is attached to the computer screen. The image and the background as seen by the webcam are shown on the screen. There are situations where the marker is not required to display the augmented reality.

Here is the list of 5 AR tools that can be used to develop applications for smartphones and tablets and the toolkits are mostly categorized as open source and proprietary.

It is an open source computer tracking library that is used to create strong AR applications. Video tracking capabilities are there in order to calculate the camera orientation and position relative to the markers in the real time. A virtual camera can be positioned once the real camera position is known.

There are some key problems related to the augmented reality that have been solved by using this toolkit.

Features of ARToolkit include:

It is also an open source framework and is able to add location-based AR functionality, especially for Android apps. Location and marker based AR is supported by this framework. Some of the features include:

The SDK offers a superior vision-based augmented reality platform. It also offers a wide set of features and various capabilities. This gives the developers a freedom to extend the vision without any limitations.

It allows to write a single native application that can be used in various smartphones and tablets using the major platforms like Android, iOS and Unity 3D.

Some of the new features of Vuforia 4.0 are:

This is one of the most requested features that enable the apps to recognize and track a range of objects.

It is an Android app that is used to create object targets. It provides a real time visual feedback as the object is scanned and allows the developer to test and adjust the target before the start of app development.

The new version has support for iOS 64-bit. The developer gets the ability to create great user experiences on most of the compatible iOS devices with richer graphics.

This platform is basically used for 3D user interface research. It also includes the research for mobile AR and virtual reality as well and is more emphasized on games. This SDK is written in C# language and is based on the Microsoft XNA platform.

Networking is also supported by this platform and it also includes a 2D GUI system to allow the creation of 2D components.

The SDK offers the following features.

There will be tremendous virtual reality applications in the future and the biggest advantage will be the bridge that is gapped between the digital and the real world.

Mobile AR applications are rapidly growing due to their easily downloadable features on any smartphone. It will bring a variety of immersive experiences for the user in the following ways.

AR is recognized as an enhanced marketing application that most of the users can engage with at home or anywhere they want. The key digital aspects include augmented packaging, geo-localized apps and interactive consumer products.

The educational resources are enhanced by AR systems and can also be used to re-create the historical events by adding 3D images to the books. AR will be extremely benefitted for the educators in the classroom settings and during presentations as well. The text on the pages will be normal, but the students will be able to see dynamic 3D computer graphics hovering over it.

It offers a virtual fitting room that allows the users to try different apparels on live. The access will be through websites but it will result in lower return rates.

The future is clearly bright; even it has found a way into our mobile phones and video game systems. Virtual reality will also change the way of playing games.

AR is an exciting development and it has the power to take the mobile user experience to the next level. It offers users the value that they have been waiting for so long on their mobile phones. The users will be able to receive a simple, convenient and just-in-time service and information.

Important occupations will use AR systems to visually superimpose their current solutions. There are privacy concerns that are coupled with AR and this will make the users to point their phones at people and even strangers as well. People may or may not put the information about them online.

Keval Padia is a Founder & CEO of Nimblechapps, a fast-growing iPhone app development company. The current innovation and updates of the field lures him to express his views and thoughts on certain topics.