The world of entertainment has always been an attractive arena, thanks to its glamour and promise of fame, but for those who want to enter into this industry, there may be an even more tempting reason: a film production company is a media business that the United States is prepared to subsidize.

If you are planning to start up a film production company, then it may be a relief to know that it does not need to be big. Many, if not most production companies have less than five personnel and for this reason you are advised to approach the enterprise in the same way as any small business. This means you will need to produce a business plan and register as an LLC. The business plan should include your budget, the names of your ideal actors, the cost of a line producer and the planned schedule for the shoot. Apart from these few necessities, start-up costs are relatively minor at this stage because the company may not even need to set up an office. 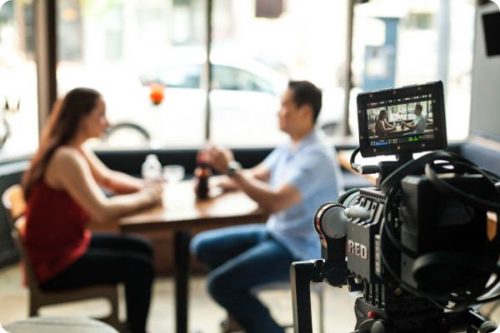 Before you can go into production, however, you need a script to shoot. Your script for your first film can be one you have written yourself or from another writer. Be sensible about your choice of script. If it is your first venture, it is probably best not to try to make a science fiction epic, but something on a smaller scale, one perhaps that focuses on character. When you have identified the script you want to use, you will begin the process of producing the movie by seeking funding and thinking about your dream cast.

It is at this stage that the company will start to grow. In personnel terms, the production company will involve hundreds of people, all of whom will have union contracts, while other areas will involve the taking out of insurance, as well as the investment from backers of several thousands, if not millions, of dollars. Here is where past experience in the industry will be especially useful. If you have already established contacts in the industry, it should be easy to find the right people for your production, such as film crew and line producers.

Technology has changed the industry

It is important to realize that technology has changed the film industry in a variety of ways, so it is important to keep up with developments. Films are now shot digitally rather than on celluloid film. This is great for a start-up company because digital cameras have made the shooting process simpler and cheaper than ever. Digital files can be stored in smaller areas and will last far longer than traditional film. Digital film also makes it easier to add special effects, should they be needed, as well as simplifying the editing process.

You will need to invest in some video and sound equipment and this can be purchased, or even rented, from the larger type of electrical store, or even online. Equipment suitable for home use will almost certainly not be good enough, so you will need to buy professional audio and video recording goods, including microphones, cabling, tripods and lighting. You will also need a computer, complete with editing software and DVD burner. The numbers of each item required will depend on how many film units you intend to use.

However, it is possible to shoot a film on a shoestring budget too. Entire films have been shot on smartphones, and light digital cameras certainly help to provide more dynamic and mobile shots, perhaps reducing the need for multiple cameras. Digital film also means that productions can be distributed in a number of ways. Films no longer need only be shown in movie theaters, but can be accessed via the internet and viewed on televisions, computers, smartphones and tablets.

Like any start-up business, a film production company will certainly prove to be a challenge but it also promises to be an extremely rewarding one, both emotionally and financially.

List Of 10 Best Research Tools For Understanding The Target Audience.

Are you looking out for the best research tools to understand your target audience? Then you’ve come...
Read more

Why Everyone is Hyped About Elon Musk’s Neuralink? Will NeuraLink Ever Rule the World?

How many of you out there have watched Iron Man? While to some of us, it’s just...
Read more