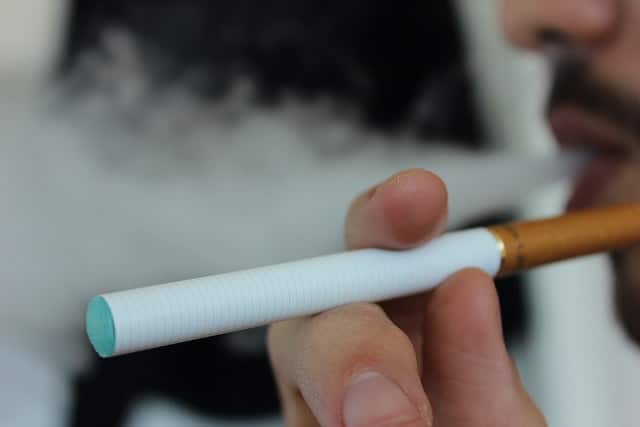 Prior to 1994, the minimum age for smoking cigarettes in the U.S. was 16 years old. Anti-tobacco legislation pushed to raise the minimum smoking age to 18, and it passed across the country. Now, it is illegal to sell, give, or buy cigarettes and other tobacco products to people under the age of 18.

Many states do not think that 18 years old is a high enough age restriction on smoking and have raised the age limit to 21. This has already happened in New York, and over 100 cities in the U.S. California lawmakers are considering making the same move. It’s a trend that’s expected to sweep the nation over the next couple of years.

Several studies prove that smoking traditional cigarettes is dangerous and leads to cancer and other serious diseases. That’s why there is an age restriction in the first place and why the age limit keeps climbing. Additionally, there are ordinances that prevent people from smoking in public places because of second-hand smoke. However, e-cigarettes don’t pose a second-hand smoke risk.

One very positive thing to e-cigarettes is that the public use restrictions are much looser than on traditional cigarettes. This is because e-cigarettes do not produce a harmful second-hand smoke nor odor.

Currently, the FDA does not regulate e-cigarettes. This is partly because not enough research has been done to make sure the vapors are safe for bystanders and users. However, several health benefits have been proven, such as the ability to lower the user’s nicotine intake, as well as less carcinogens on the lungs. Until the FDA gets involved, it’s unlikely that the vaping age limit will be reduced. E-cigarettes will still be subject to the same restrictions as traditional cigarettes.

Ever since we found out that traditional cigarettes cause cancer and other diseases, lawmakers have worked hard to make them less enticing, especially to children. For instance, there are advertising restrictions that prevent tobacco companies from targeting children. Additionally, cigarettes are taxed higher than other products. E-cigarettes have been unfairly categorized with traditional cigarettes as harmful. With more research, this negative connotation may go away.