Before we start, we all should be aware of the fact that Facebook takes various liberties with its “terms of use” along with the data. Facebook Team feel free to run experiments on users, just to observe how they would react to the manipulation of their news feed. Well let’s face it, Facebook access the data you provide them. Surprisingly, Facebook tends to know a bit more about you, which includes your likes, your dislikes, what your interests are, I mean- Your favorite movies, songs, videos and other media content- simple from the content you share and the number of times you hit the like button. 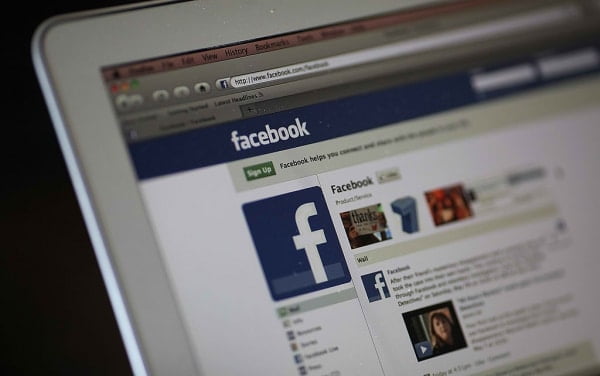 Even though, the basis of your data is provided by your Facebook profile, there are many more sources other than that as well. The three major sources for your news feed input that come from your on-site activity:

The question now is : Are you really happy with the Facebook in order to exploit what they know about you?

The whole concept of the Facebook business model is entirely based on accessing your data more effectively. Here’s what they actually do: They provide you with the free platform of the social media to access and in turn that sell all the information in terms of advertisements and other info depending upon the activities you do while accessing your Facebook Profile. We can call facebook as one of the “Biggest data Analytics”, as it has a huge ability to collect, store and analyse the data available. Honestly! this kind of knowledge is a marketer’s dream as, Facebook knows – how to leverage other people’s relationships/networks and sell the advertisements based on the information you shared or even liked a minute before.

Here’s a quick flash back at the most  shocking and surprising things that facebook policies are allowed to do with your data. Some of these policies may have been scrapped out but others are still existing

Reportedly, The social network has been tracking its user’s behavior in order to provide them with the better advertisements. Facebook purchased a data in the year 2012 on 70 million U.S. households from a firm called Datalogix.  As a result, the backfire of the creeped-out Facebook users led it to use more transparency about such targeted programs. Now, the users also have the ability to target Ad options which they can opt out if they wish to do so.

2. Keeping Your Data Forever, Even If You Leave : Want to Deactivate Your Account? Really

Earlier, when Facebook was brawling with the MySpace, there was no such option to delete your Facebook account even if you wanted to. Sure, you could deactivate it though, but in order to completely wipe out yourself from the database of the respective was to delete all the content you ever posted, along with the Facebook email, Facebook somehow added a straightforward deletion option for the accounts in the year 2010

Initially, facebook said that people misunderstood the main intention of the change that sparked out when the company was into the controversies in year 2009, reasoning that it was important to keep the users messages to another handy even if they left accessing the Facebook. Eventually the company had reverted back to its old terms and conditions in order to allow the users to vote for the future changes in the policies.

So, liking something from your account on Facebook is a bit simple, and almost senseless way to pass your time on the Social Media. But selecting certain particulars “likes” such as beer, crappie allow the Facebook researchers to conclude more details about you, mentioned in a report by University of Cambridge in March 2013.

Well. it is somehow a hard habit to get into. But permissions are really boring and specially when you are asked whether you permit them or not, you are generally signing up into an app or play game, and something you ignore doing is to read the privacy policy, which is really important, if you are giving away the information that does not seem important for what you are doing , then please understand that the chances it is being sold.

Beacon, as we remember was the very first controversial moves of Facebook, through which various companies were able to post the items to the users’ indicating – what stuff they have bought from their websites. Mark Zuckerberg himself called the Beacon a Big Mistake in the year 2011. After that Facebook provided  a more transparent platform by accessing which the users can use their Fb accounts to perform actions on other websites.

Over the years Facebook has also increased the amount of the user data which is required to be viewed publically which includes your user name,profile picture, cover photo, networks and gender. So watch out for other privacy options to stay away from the Facebook- Stalkers.

Going back in 2010, facebook started experimenting with a latest feature that involved all the tagged photos in the Social Network’s huge database. In order to help the users automatically tag their friends in the fresh piece of uploads. This feature took a U-Turn in year 2012 and came back in 2013 with a bit expandable version which included the recognition of the user’s display or profile pictures as we call them to the photos they are tagged in automatically.

Facebook again got in trouble for its so called “Sponsored Story” ad format in 2011, as Facebook was using the member names and photos in ads and for the products the members liked but not reimbursing them. As a Facebook had to pay $20 million as a settlement fees and removed all the Sponsored Story ad unit.

According to a report on Cnet:

Even if you are not a facebook user or not logged into the services, The social Plug-ins will gather all the information of the web page being visited by you along with the Internet address of the visitor the moment the page is loaded- hitting the like but is not required. If a number of sites participates in the process facebook automatically allows to assemble a huge amount of data about the Internet users and their browsing habits.

9.Tracking You through the Web: Facebook knows your movements on web

Yes! You are being tracked by facebook for all the movements you do through web, even if you are not logged into the services. The company utilizes the cookies in order to log the data such as the date, time, the URL and your IP address. Facebook says, that this data is used in order to show you a personalized experience on the site, and protect you and facebook from the malicious activities.

Unlike Google and twitter,  earlier Facebook has refused to publish the transparency reports outlining law enforcement agencies request access the user data. Now by the time Facebook has now vowed in order to provide the agencies with as much transparency as they can.

So do you see it as an incursion in terms of your privacy and does it really scare you that facebook knows everything about you and could  utilize or sell what it knows? Do you think that this makes Facebook more powerful? What are views ??? Please share your views in the space mentioned below:

About the guest author:

Lisa Coffey is a writer by profession and present ideas to empower companies to make evolutionary leaps in their go-to-market strategy. Currently she writes for Fourquadrant. She also writes for numerous other magazines related to ‘sale and marketing leadership’ and serving as an advisor to start-ups.