Google Voice Official Launched for all Without Invite

I hope you all know that few months back, Google released Google Voice web-based communication platform in U.S. and Canada (Still available only U.S. and Canada). What is Google Voice? Google Voice is a web-based communication platform which allows you to use one number to ring all your phones, voicemail that works like email, free calls and text messages, low-priced international calls and more. But so far everyone was not allowed to enjoy the benefit of Google Voice without having requesting or receive an invite to try it out.  But today Google has officially announced that they are delighted to launch its service for every one. Google developers were undergoing a lots of testing and tweaking for Google Voice to make it available for all and to make it bug-free. So now Google Voice is open to the public, and no more invitation is required to try it out. 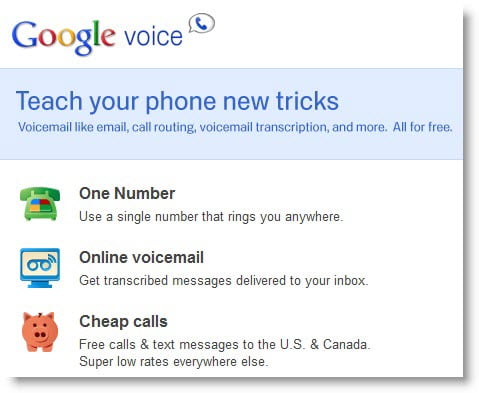 Google have been developing and introducing new web based communication preferences and adding these to its existing services. these are the some among Google’s communication development  history over the past year:

Here’s a sneak video which gives you a quick overview about Google Voice and its features and abilities.

Did you know? Already more than a million users are currently actively using Google Voice, and many of the features released over the past year. Google Voice is also available as Chrome extension.

If you are in U.S. or  Canada and if you haven’t yet tried Google Voice, try it out right now. Also here you can also learn about everything Google Voice can do. Sadly Google Voice is limited to users in the U.S. and Canada for now. Let’s hope that they will shortly launch it the rest of us 🙂

The below is the image of Google’s Infographic on how Communication system developed from the past to the present. 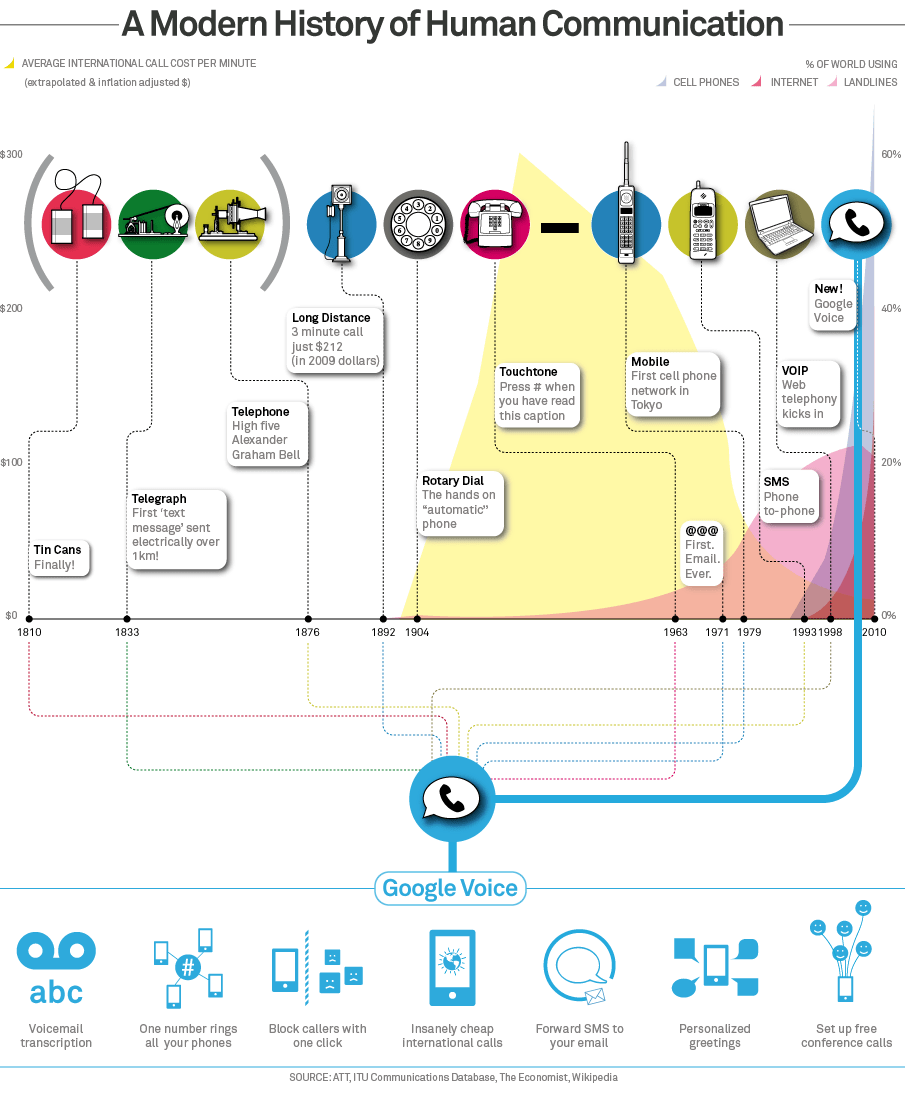