The Evolution of The E-Cigarette: What’s Changed Since 2003?

Although a relatively new creation, beginning in the 2000s, e-cigarettes have transformed drastically over the years. Once thought of as an alternative method to smoking, e-cigarettes continue to rapidly transform the marketplace as the vaping phenomenon becomes greater each year. The e-cigarette itself has come a long way in nearly 15 years.

Below, we take a closer look at how far e-cigarettes have come. 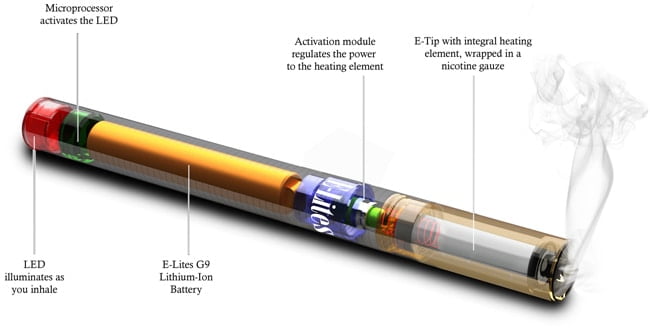 The original thought for an e-cigarette began to pop up in the 1960s, and by 1979 Dr. Norman Jacobson created the first idea for an e-cigarette. He called his invention the ‘Favor cigarette’ which would provide users with a method of consuming nicotine without the need for smoke. Dr. Jacobson was also one of the first people to coin the word “vaping”.

Due to the popularity of cigarettes in the 60s and 70s though, the idea for a smokeless cigarette was widely ignored.

Fast forward to 2003 when the modern e-cigarette was created by pharmacist Hon Lik. He was a smoker himself and his father had passed away from lung cancer, which motivated him to find an alternative method to smoking traditional cigarettes without risk. His first e-cigarette was quite popular and quickly spread through China and the neighbouring countries. The trend hit Europe in 2006 and by 2007 e-cigarettes had reached the United States.

The first e-cigarettes that the United States saw were designed to look and feel exactly like the regular cigarettes consumers were used to. To the vaping community, these became known as “cigalikes”. When tobacco companies became aware of this trend, and saw the competition they were up against, they begun to develop their own designs. 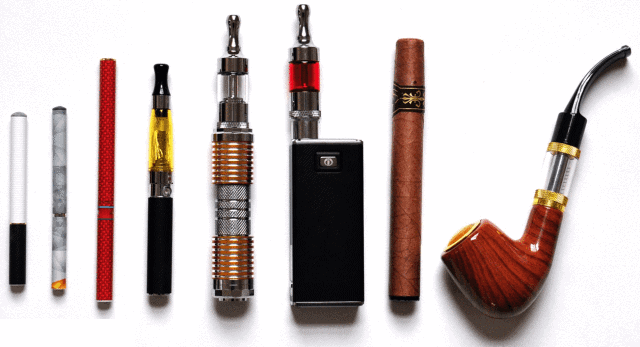 As the cartomizer was a big step forward in the design of the e-cigarette, the next big breakthrough was the development of the tank. The tank was comprised of one small coil that was replaceable and easily screwed in. This allowed the coil, wick, and atomizer to all be located in one small section of the e-cigarette. This new design greatly improved airflow and helped to eliminate waste. Initially the design was clumsy and had a tendency to dry out, but just like any technology, the tank was quickly developed and improved.

As with any new piece of technology, there was widespread speculation about how safe and how effective e-cigs were. Studies were thus undertaken to look into the effect that they may have on the human body, and whether any of the contents were harmful. In September 2008, The World Health Organization declared that they shouldn’t be labelled as a “quit smoking device”, however they did not actually state whether they were safe or not. However, later in the year a study by Health New Zealand was published which showed e-cigarettes were 100-1000 times less harmful than standard tobacco cigarettes. Many tests have since been conducted, but a definitive verdict has yet to be decided.

There were also some issue in 2009 when Australia and Canada banned them from being sold. The FDA also prohibited them from being brought into the country, declaring thy should be regulated. Other states, such as Oregon, went on to ban the sale of them completely.

Although it took people some time to get on board with e-cigarettes, since 2003, the market has expanded massively and e-cigarettes are being sold and used by millions of people all around the world. Models started being developed with heightened safety features and have been proven as an effective tool to quit smoking.

E-cigarettes are now available in gas stations and online stores all around the world. Online retail provides consumers with more options to explore, such as the flavor to vape and nicotine strength to use. Beginners can even make use of e-cigarette starter kits to gently introduce them into the industry, and help them kick their smoking habits.

It’s safe to say that both e-cigarettes themselves, and the reaction to them, has changed considerably over the past few decades. Let’s see where the next few years takes us!