Bigger iPhones- How will they affect the app designs?

Apple has already set a benchmark in the smartphone world by launching innovative iPhone models that are available in varying sizes. The latest to join the group of immensely amazing iPhones is the iPhone 6. Unlike the prior iPhone versions, this new model has a much bigger screen, thereby making iOS developers wonder about the development of apps for this particular iPhone model. With pixel-perfect screen designs being the trademark of native iOS development firms, developers are gravitating towards responsive approach for designing iOS apps. This blog of mine is very useful for every proficient iPhone Application Developer and designer as it speak more about the effects of bigger screen-sized iPhones on the designs of iOS apps. 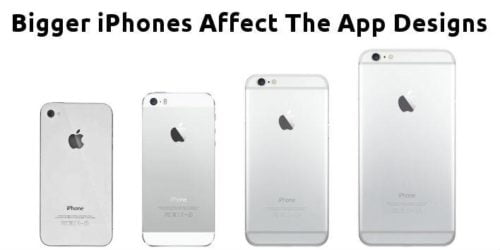 After having released a range of small screen-sized iPhones, Apple is planning the release of a larger iPhone that would serve as a ‘sweet’ surprise for iPhone fans. With that good news, there’s also something to worry about. The hundreds and thousands of iOS app developers who’re already into the habit of developing apps for smaller iPhones will find it extremely problematic to design apps for iPhones with bigger screens. That means app design and development would now pose a challenge for traditionally-proficient iOS developers.

And now, let’s come to the ways in which the bigger iPhones will affect the app designs 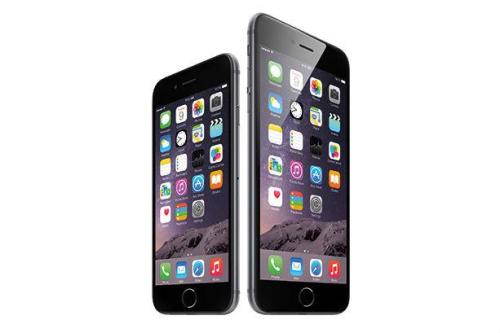 Ever since the release of different iPhone models, a majority of iOS designers and developers have been concerned about the resolution and not the size of the screen. For example, although iPhone 4 and 4S have the same screen size, the pixel density was doubled as compared to the former iPhone 3G/3GS. Thus, iOS app developers had to follow a different approach for building apps that could run on the iPhone 4 series. The same scenario holds true for the iPhone 6 as well. For the iPhone 6, Apple could choose to keep the current resolution of the iPhone 5S(1,136 x 640) as it is and increase the screen size to either 4.5 inches or 4.8 inches. If this is what happens then iOS designers and developers won’t have to do any moderations to the app designs.

Device fragmentation is one of the key reasons that drive designers and developers towards iOS development as opposed to Android app development. iOS developers who have to scale their apps for different chipsets and OS versions would definitely find it a bit tedious to design apps for bigger screens. With the introduction of the iPhone 6, the iOS development community is all geared up for creating tools that would aid in developing some finest apps that target a wide range of screen sizes and resolutions.

Unlike the present scenario where the iOS developers stick useful buttons to the top corners of the screen, the inception of iPhone 6 will mark a revolution in the placement of important controls. Since on larger screens, the top bar is too far to reach via one’s thumb, it is being suspected that the iPhone 6 apps would have all the main user engagement options placed towards the bottom of the screen instead of the top or upper right area.

In contrast to the smartphones where the content is presented in one pane, the innovative iPhones with bigger screens will witness the usage of apps that run in the split screen mode. With Apple supporting the split screen feature with its iOS8, the supersized iPhone 6 and iPhone 6 Plus will witness apps like Mail, which will run in the spit screen mode. And that’s not all, with an easy access to brand new API-level tools, iOS designers and developers will be able to leverage the full potential of the split screen feature. The brand new Apple SDK(Software Development Kit) will also allow iOS developers to specify whether or not they wish to go for split screen. For example, an iPhone 6 user will be able to take the advantage of the split screen to run the GPS for a better navigation experience. In a split screen iOS app, you’d be required to use both your hands for balancing the display on your iPhone. Even the UI navigation within such an app would expect you to use both your thumbs.

Offering fabulous navigation gestures to users has always been a prime concern of Apple. With its new bigger screen sized iPhone 6, it is expected that consumers would just avail a gesture- a simple swipe for reaching at a particular location on the screen. iOS developers have started devising techniques using which they can ensure the better experience for the iPhone 6 users. They have been focusing on replacing buttons with gestures. This is not something that’s new. Prior to the iOS8, the iOS7 came with a swipe-right-to-go-back gesture that complemented the bigger screen of the iPhone 5s and iPhone 5c. It is pre-assumed that this gesture would become a necessity for the soon-to-be-released iPhone 6.

Looking at the constantly growing popularity of iPhones, it is easy to say that iOS developers wouldn’t stop experimenting with the designs of their apps. The release of iPhone 6 will pave a way for the design and development of apps that will be fully functional and visually appealing.

Lucie Kruger is an eminent Senior Content Editor and IT consultant for Mobiers Ltd, a reputed iPhone  application development company. You can also contact her if you are looking forward to hiring skilled iPhone application developers for premium services.