Nasa has unveiled the “black marble” views of the planet by night after almost 40 years to the day when the Apollo 17 crew took the famed “blue marble” image of Earth in space on December 7, 1972. The amazing images have been released today by NASA and the National Oceanic and Atmospheric Administration thanks to the capabilities of of the agencies’ newest weather satellite, the Suomi National Polar-orbiting Partnership. 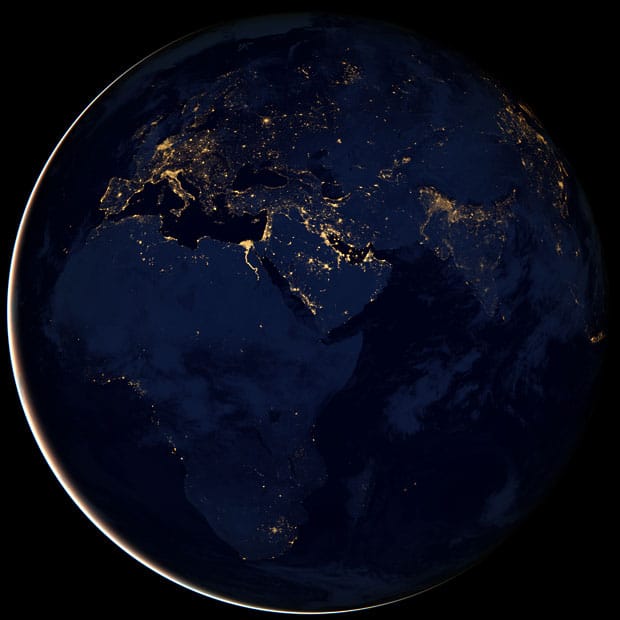 The sensor on the  Suomi National Polar-orbiting Partnership has the ability to capture the equivalent of three low-light images simultaneously, thus giving researchers the opportunity to study Earth‘s atmosphere, land and oceans at night time. “It’s very high-quality data,” NOAA scientist Christopher Elvidge told reporters at the American Geophysical Union conference in San Francisco. “I rate it six times better spatial resolution.” The so-called day-night band of the Visible Infrared Imaging Radiometer Suite, or VIIRS has the ability to distinguish the night-time glow of Earth‘s atmosphere as well as a light from a single ship at sea. The resolution is also far sharper than what has been available previously from other satellites. VIIRS is aboard the Suomi NPP satellite, which orbits about 500 miles (800 km) above Earth’s poles. 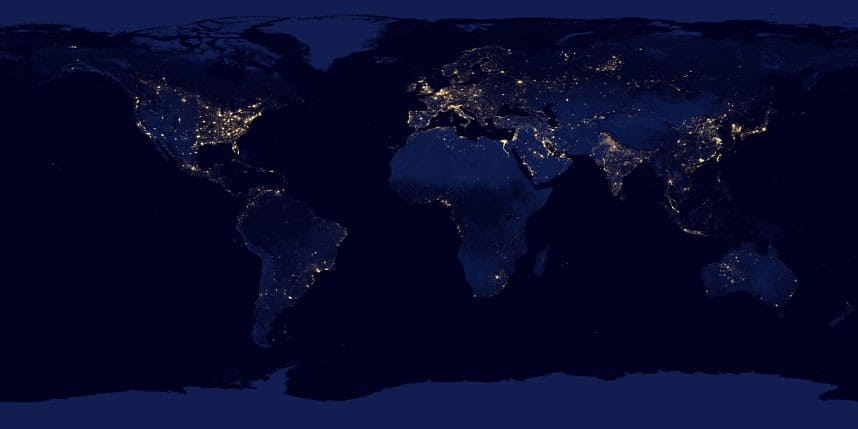 Some VIIRS images have surprised scientists. The sensor, for example, captured light from the upper atmosphere illuminating clouds and ice in visible wavelengths – by night.

The NPP satellite carries other instruments considered to be crucial to medium-range weather forecasting, and it is scheduled to be in service through 2017. However, delays in the next generation of polar-orbiting satellites will leave the U.S. with a gap in satellite coverage that is expected to last for more than a year, potentially degrading weather forecast accuracy.

The scientists made use of the day-night sensor to watch the superstorm Sandy hitting the New Jersey shore on Oct. 29 in moonlight. 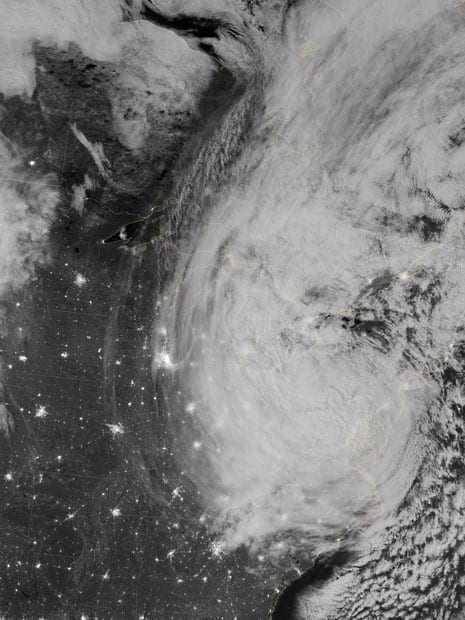 It also captured the power outages that put the area into darkness as the storm tore apart into populated areas. 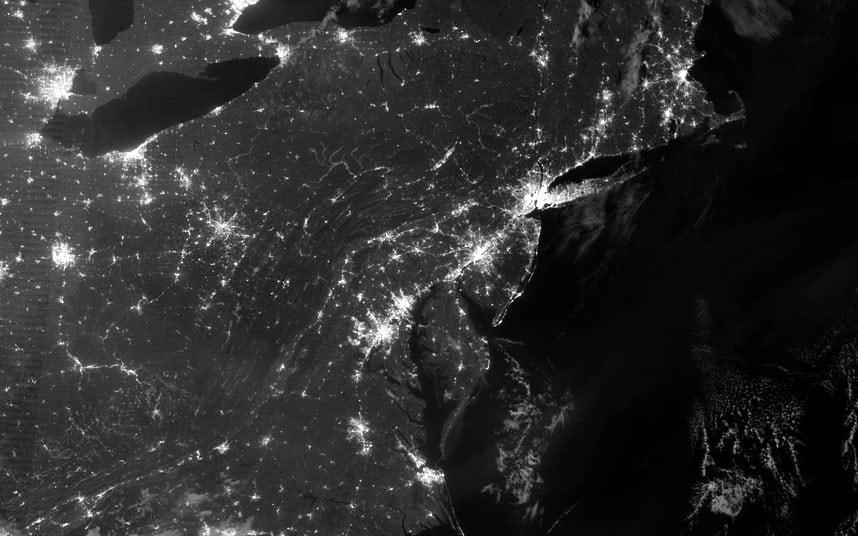 India was also shown during the Diwali, the festival of light celebrations and boy it looked gorgeous. 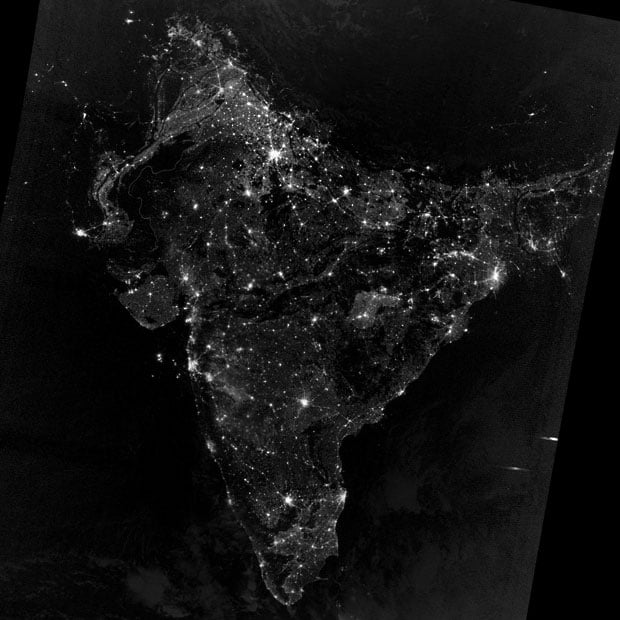 It took 312 orbits to get a clear shot of every parcel of Earth’s land surface and islands at night. The new data was mapped over existing Blue Marble imagery of Earth to provide a realistic view of the planet.

According to reports, the images are so detailed that it’s possible to see light from fishing boats and wildfires. Data collected by the Suomi NPP will be used for weather forecasting and will help scientists better understand climate change.

“For all the reasons that we need to see Earth during the day, we also need to see Earth at night,” Steve Miller, a researcher at NOAA’s Colorado State University Cooperative Institute for Research in the Atmosphere, said in a NASA news release. “Unlike humans, the Earth never sleeps.”