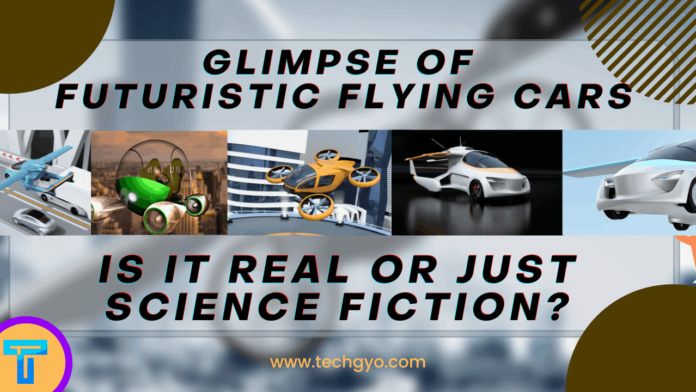 Flying Cars, Doesn’t it sound cool? We have often seen this in Sci-fi movies which indicates that it was always the fantasy of human beings to create such highly advanced technological cars. Just like its name, it is composed of some fascinating and out of the box features. Well, you must be aware of the fact that the ideology behind such imagination is not new at all, the invention of the prototype was initiated long ago in 1935.

Although there were so many failures the devotees still remain stuck with this idea and concept and over past decades they have flourished in this field. And now there is a good collection of flying cars shaped by the experts which costs around $300,000. The costs increase depending on its specialities and power.

“I love the whole futuristic landscape of dark, rainy neon, the mixture of Eastern and Western cultures and the beautiful shots of flying cars.”

Popular brands like BMW, Porsche and others have started creating their prototypes. Admist this, big news broke on the internet from World famous Tech geek Elon Musk. He announced that the flying car named Roadster will be launched soon in 2022.

Is Tesla making a flying car?

In reference to this topic Elon Musk revealed that the Tesla Roadster will soon(2023) be released enriched with its alluring feature of 10 rocket thrusters around the car. See the tweet here.

So let’s start discussing some stupendous futuristic flying cars available in the market:

This is quite a noticeable movement conducted by one of the largest firms of the gig economy. This company has made collaboration with Joby Aviation for their project named Uber Elevate for the production of electric eCRM 300 eVTOL . They are vigorously working in setting up the taxi service, and they have also announced that Uber will start off its service by 2023 in at least one of the cities.

This Car is considered as quite a different one from others and it is expected to be out in the practical world in the very next year at SUV price. Like other nuclear-powered cars this car is totally electrically powered and does not require hard training. The well distinguished features like landing assistance and cruise control makes it easy to operate. The car is capable of bearing the weight of total 250 lbs and it can fly at the maximum speed of 62 mph (ca. 100 kilometers per hour). It can cover the distance of 25 miles (ca. 40 kilometers) without the need of recharging it.

In the field of futuristic flying cars this has been existed for a long time but it can still not be availed since it is not approved by FAA. This project was not quite beneficial for the company since they have invested almost $150 million and it is available on eBay for only $5million. Infact this can only reach the height of 15 feet (4.57 m). Although it still holds its place among the top listed cars. The car is now available in sale price in order to overcome their invested finances.

This is one of the most successfully engineered flying cars carved beautifully with Italian style. The car consists of two seats which is capable of bearing the weight of almost 910 kg and the velocity is 160km/hr. It can cover the distance of altleast 500 km and the fuel can only work for 4.3 hrs. The blades attached in the car are actuated by the speed of the wind. The power of this card is 100hp.

This is considered as all in one transformation car. It can run perfectly on the road surface as well as in the sky too. It works totally fine on gasoline and can also be parked. There are also several versions available. The most recent one is 3.0 which has the speed of 90m/h. It can cover the range of at least 450 miles (ca. 724 km) with the fuel consumption rate being 15 liters per hr. The car’s appearance is sharp like a shark which makes it cooler to look at. The car has not yet been released in practice which is much awaited by its admirers.

Carplane is one of the highly rated flying cars because of its indistinct features. In 2016, this car was awarded subsidy by the government and was also eligible in gaining the funding directly from the honorable Federal Economics Ministry. The specific features of this car is that it is able to handle both private and commercial usage. It does not emit harmful gases or even noise so it is sustainable in nature. All the essential parts of the car are designed distinctly to remain protected from the casual damage.

This futuristic flying car is highly qualified for commercial usage. This car can reach upto the height of 13,000 feet (ca. 4 kilometers) and the rate is 200 mph. It requires just a couple of minutes to get ready for flight mode. The car can bear the weight of about 100 pounds with two seats. The atmosphere inside the car is highly optimized due to the presence of such technology within the car. The tails and the wings of the car can reach to a high extent keeping it protected at the same time.

The car is well-structured with the insertion of camera at the downward position. The sole purpose of such flying cars is research and investigations. It can reach a height of at least 500 m with the one-hour battery charge. The flying can run at the speed of 100 km/hr for approximately 25 minutes above the sea level. Beside one person there is some extra space provided which can bear the weight of at least 100 kg with a 128 inch backpack. You can also see the presence of signal lights and flashlights placed intrinsically in the flying car.

Do you need a pilots license to fly a flying car?

As per the FAA announcement, one must have Certificate of Sport Pilot as well as driver license for operating a flying car.

Are they inventing flying cars?

Yes, of course the list of such futuristic flying cars keeps increasing. In this blog you will find all the best and successful flying cars existing in this world.

How much is a flying car going to cost?

The estimated cost of such luxurious and highly advanced technological car is around $1.3 to $1.6 millions.

It will be quite exciting to see the use of such flying cars to be used in a commercial way. Imaginations of humans have pushed the innovations of such technologies to upgrade exponentially. I hope you have gained knowledge about futuristic flying cars. Now it’s the time for you to think of something innovative, sustainable that can comfort the human race without letting our globe be harmed.

This site uses Akismet to reduce spam. Learn how your comment data is processed.