8 accidental inventions that turned into breakthrough technologies we use today

Most of the times, we are afraid of making a mistake. And it is the least when we try to originate something new from those mistakes. We always want to be perfect and become too hard on ourselves. Least do we know that sometimes the most brilliant ideas come from the biggest failures and at times it’s not by choice but purely by chance. Hence, find your inspiration in the accidental invention mentioned below that no one intended to make yet they top the lists of world-changing discoveries. 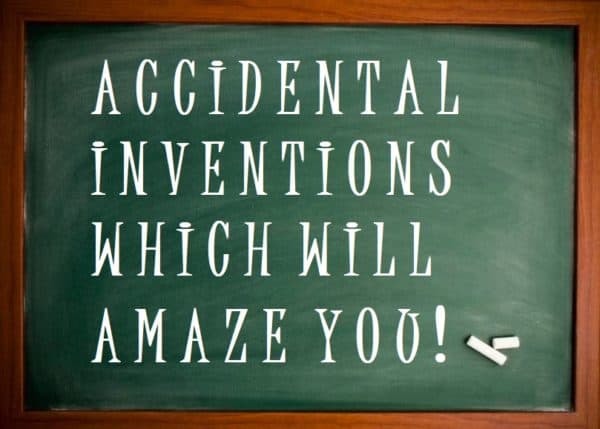 What were they trying to make?

There actually were two accidents that lead to the invention of the Post-It Notes. First was in the year 1968 when Spencer Silver was trying to produce super strong adhesives for the use in the aerospace industry but instead made an extremely weak and pressure sensitive adhesive agent at the 3M lab. Silver along with the management couldn’t find a use for it as the adhesive was too weak. 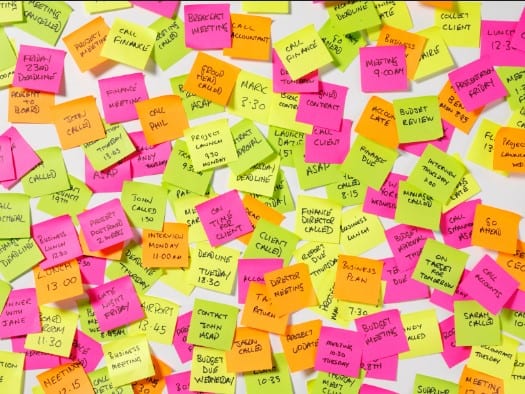 Silver’s adhesive though didn’t work at 3M but it still was extraordinary for the fact that you could stick it to something light like a piece of paper, and pull it off without damaging the surface or either leaving a residue. Despite the excellent features, Silver could not find a marketable use for the product. 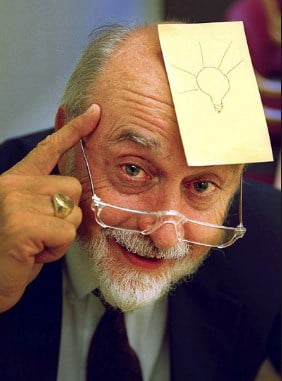 A few years later, the second accident occurred with Silver’s colleague, Art Fry, who was a chemical engineer by profession and also sang in a church choir. Fry always had to deal with his frustration of losing song papers because he couldn’t find a way to fasten those papers into the book of hymns. Fry got the idea of using Silver’s adhesive to prevent those papers from slipping. He also suggested Silver that the adhesive has been used backward! He recommended putting the adhesive on a piece of paper for sticking it to a surface rather than sticking the adhesive to a surface / board.

This incident leads to the accidental invention of Post-it notes. Though it was not until the year 1980 that post-it was originated nationwide. And today I find them all over my room. See how cool it is that someone decorated such a big wall with these post-it notes. 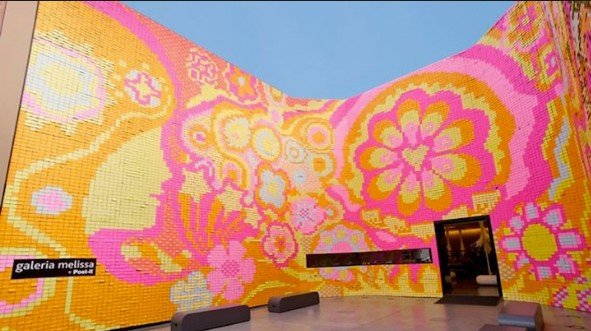 This discovery has a fascinating story of an incredible chance in 1895. Röntgen, a German physicist was routinely experimenting with the cathode-ray tubes when he observed that a radiation was piercing through a fluorescent black cardboard covering the tube. This was generating some chemical sitting at a distance making it glow.

Actually, a thick screen had been then placed in between this cathode emitter and the radiated cardboard determining that bits of light were passing through a solid object. Roentgen was amazed at this. He then quickly understood that brilliant images could be produced with an incredible radiation. 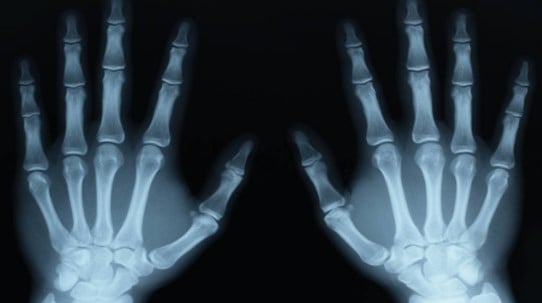 Followup inspections revealed that he had produced an unknown radiation, which he called “X-radiation” and later shortened the name to “X-ray”. This ray could penetrate most of the materials, including skin. And the first X-Ray image, one of the accidental invention, was the skeletal image of Rontgen’s wife’s hand.

Inventor: Percy Spencer, an engineer with the Raytheon Corporation AKA electronics genius

In the year 1946, Percy Spencer was administering a project related to the microwave emitting magnetrons which are used in the guts of radar arrays. 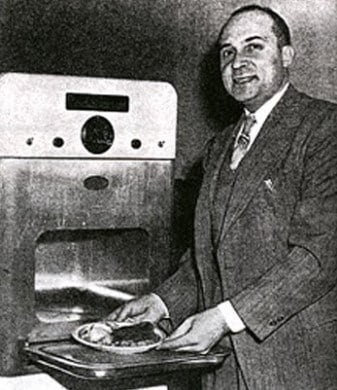 While experimenting with the new vacuum tube, a chocolate bar in Percy’s pocket had started to melt. Percy wanted to figure out that was it the microwave radiation of the magnetron to blame or to credit, therefore he grabbed some unpopped popcorn kernels and held them by the device.

Much to his surprise, they started to pop. By then, Spencer knew that he had a revolutionary device. He thought this would be an enabler for those lazy cooks everywhere. And the end result was the microwave. I guess today, every person would be so grateful to this accidental invention.

It all happened in the year 1942. Dr. Coover of Eastman – Kodak Laboratories was actually trying to make those clear plastic gun sights which were to be put on the guns of Allied soldiers in the World War II.

Harry Coover came up with one particular formulation that didn’t work well for the gun sights but fantastically served the purpose of an extremely quick bonding adhesive. He had created a substance called cyanoacrylate which was not at all suitable for a precision gun sight. On the other hand, this substance stuck to every possible thing it touched. 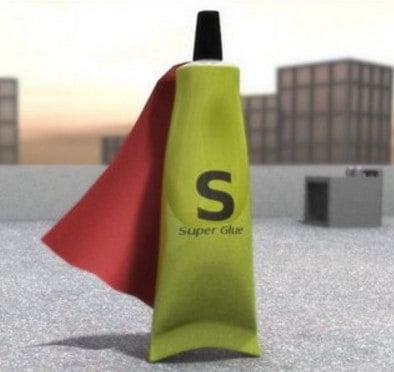 Coover’s would-be invention was forgotten for almost six years when one day while supervising an experimental airplane canopy design he got himself stuck in the same gooey mess — cyanoacrylate. But this time, Coover did not overlook the situation and calmly observed that this stuff formed an astonishingly strong bond without any heat. Coover along with his team repaired various objects in their lab with this substance. Together they stumbled upon a solution for the use of this maddening material.

Dr. Harry Coover, in the year 1958, got stuck again but this time with a patent on his discovery, after full 16-years. How amazing it is that the accidental invention of a super glue is now such an economical and world famous product. It can even stick the broken hearts together. Not really! 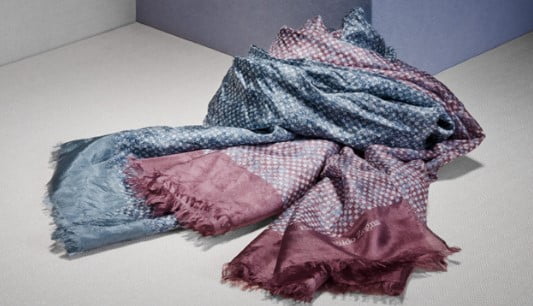 William had accidentally ended up changing the complete fashion world that too forever. It was in the year 1856 that one of his experiments ended up performing terribly wrong. It seemed nothing more than a gloomy mess. But as he was examining this mess, he noticed a beautiful color radiating from his petri dish.

World’s first synthetic dye was produced. Thanks to William for that pretty Mauve color that now we have in it in our eye shadow palettes, scarves, cars and everywhere.

In the year 1943 during the World War II, navy engineer Richard Jones was trying to devise a monitor to meter the power on battleships. He was also trying to figure out the way to apply springs aboard navy ships to retain the sensitive instruments from bouncing. 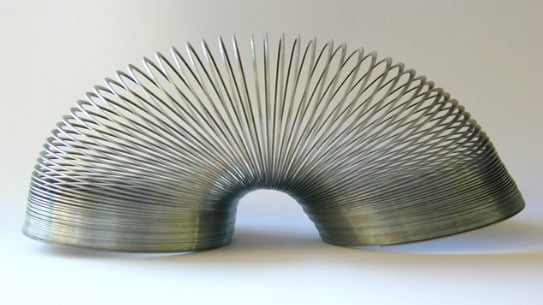 Jones was striving with those tension springs when accidently one of them fell to the ground. And much to his amusement, the spring kept bouncing from place to place after it hitting the floor. I can imagine how exciting it would have looked! With this, the Slinky was born. Since then children everywhere have enjoyed playing with this pointless yet thrilling toy.

What was he trying to create?

Back in those days before airbags and/ or seatbelts were part of a package, one of the most critical dangers were ‘injuries’ from shattered windshield glasses. French artist & chemist Édouard Bénédictus chanced upon the invention of laminated glass a.k.a safety glass.

While working in his lab, a glass flask fell off his desk and to his surprise the glass instead of shattering just cracked. 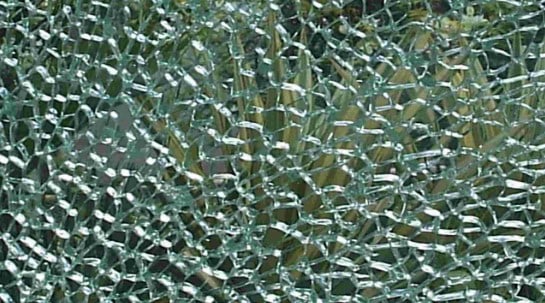 Upon a closer examination of that glass, Bénédictus apprehended that the interior of that glass contained plastic cellulose nitrate. It had coated the inside and prevented the harmful pieces from coming apart keeping them together.

Bénédictus applied for a patent in the year 1909 with a vision of increasing the safety standards of cars. Manufacturers at that time rejected the idea keeping the prices down, however, the glass became a standard for the gas mask lenses in the World War I.
Achieving that much-needed success on the battlefield, even the automobile industry by the year 1930 equipped most cars with this safety glass.

What was he creating?

Any list about the accidental invention is incomplete without mentioning about WiFI. This technology changes the way we interact, connect and communicate today. WiFi is the most unexpected Irish invention made by Irish – Australian engineer, Dr. John O’Sullivan. He discovered this modern marvel completely by accident when John and his colleagues were researching about black holes in the outer space. 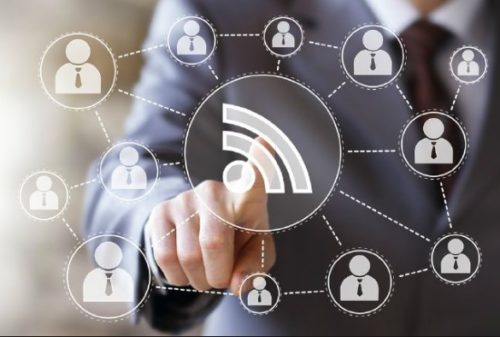 WiFi technology was developed as the byproduct of a CSIRO research project. Dr. John was basically working on an experiment to detect the exploding mini black holes that were the size of an atomic particle. In the attempt, the experiment failed.

But in the year 1996, he obtained patent rights to a technique /method that he along with his team realized. This method was actually the ability to unscramble the radio waves to use them as a means of connecting and communicating all over the internet without the need of any physical network. Today, I cannot even imagine my daily routine without WiFi be at home, in the office or at any public place. All thanks to the inventor.

Today, I cannot even imagine my daily routine without WiFi be at home, in the office or at any public place. All thanks to the inventor.