Autonomous or Self-driving vehicles open up unconventional opportunities for our future generations. This modern and visionary technology signals to replace the machinery, our infrastructure, and other commodities with intelligence. Basically replacing all others by the computing power. And if these vehicles become smarter they would enable a simultaneous reduction in machinery, infrastructure, and commodities. It has the potential to entirely transform our urban landscapes, technologies and interaction processes. It’s an overwhelming stuff. And since we are in the ideological mode, let’s get excited about this and consider the transformative potential of the driverless car technology.

1) It is a life-saving technology

The most obvious reasons for making this technology a win-win is that driverless cars would save lives by decreasing automobile crashes. Letting the software driven vehicles take over the wheel would avoid alcohol, distraction and drugs related fatal incidents saving lives to the max. It would radically reduce and eventually eliminate accidents.

2) The driverless cars would help lead a stress-free life

Commuting would become quicker reducing the everyday stress. According to a certain research, it confirms that commuting for long hours increases the risk of stress, obesity, neck pain, divorce, and sleeplessness. Travelling would be at steadier speeds and this, in turn, would bypass traffic jams. And more importantly, the commuters can read a book or take a nap instead of stressing behind the wheel.

Software driven cars will be more fuel-efficient and waste less on things like the process of looking out for parking. Some time back a study discovered that in overcrowded urban areas, drivers waste an unreasonable amount of fuel circling the blocks looking for the right parking space. But the intelligent self-driving cars would probably improve this mess. And this would happen only if the technology is able to communicate with each other.

4) More appealing to bikers and pedestrians

And if driverless cars would be safer than human driven cars then it would obviously be more appealing for people walking or biking. People would feel less dangerous to bike & walk on the road which from the public’s perspective isn’t bad at all.

The driverless cars will enable more & more people to reach their destinations. In the case of emergencies, for people who are elderly or disabled, who aren’t allowed to drive, the ones are on medications – all of those would be able to get around in the driverless cars on their own. 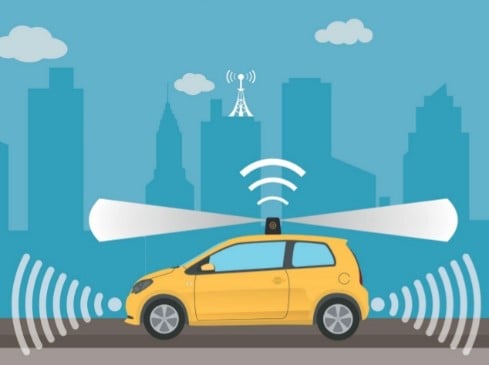 Driverless cars could bring in more financial benefits. Imagine if a certain percentage of vehicles were autonomous cars, the country could save more in a year due to lesser fuel consumption, fewer deaths and more free time that could be used productively.

Hence in simpler terms, if cities become low on drivers rather than being car-less then these self-driven cars would move in a coordinated way. These would occupy lesser space that human-driven cars. Additionally, these would be less noisy, pollution free and separate from pedestrians & cyclists for both ways comfort and safety. This new generation technology is aptly picturing the future of cars and our cities.