BlockChain Basics: Everything You Need To Know About Blockchain

Blockchain is an extensive topic which might actually need a long study and experience for one to thoroughly understand it to its deepest depths. However the good news is that it isn’t mandatory for one to start-up a Blockchain and know every single one of its info just in order to familiarise ourselves with it. Bitcoins are vast and recognised worldwide considering the fact that Bitcoin is just one of the many other types of a Blockchain.

Just a few more days for 2018 to welcome us and if you still do not know what Blockchain is then it’s high time you know the basics already. Blockchain is probably the next biggest thing to dominate our economy as humanity embraces more technological advancements.

We all have our data that we might want to store and guard from possible threats such as hackers or any other kind of leeches. The primitive method of storing this data is to secure it in one place (anywhere on the net/personal device). The revolutionary method of securing your precious information is to secure it in a Blockchain.

To simplify it further you should view Blockchain as a database. Desktop database will allow you to easily retrieve, change or add any information that you wish to. Similar to a desktop database even Blockchain is a database that is accessible to millions of computers that posses the same software. Every single data that a Blockchain holds is secured by impenetrable cryptography and not your ordinary “username/password” (DUH). Only the users that are permitted to make changes in the data can do so. No individual person solely has the permit to make these changes and that is why they can’t mess up with the info.

Okay But Why Blockchain?

Usually when we use the bygone method of storing our personal info or highly important data we involve a mediator or a third party. These mediators are basically central organisations that have access to our data. Why choose to trust a central authority when you could upgrade yourself to a world which works on the theory of decentralisation? Blockchain allows you to store your valuable data and it’s crystal clear. It reflects transparency and everybody using Blockchain can view what is going on the system but they have no power to change or manipulate it.

Is Bitcoin Same As Blockchain?

Hell yes! Bitcoin survives on the ethics and morals of Blockchain. Bitcoin feeds on the values of Blockchain. What should we learn from this? We should learn the potential that Blockchain holds. Bitcoin is a digital currency. It is a paperless currency used in the E-world. When you make an online transaction to purchase something you do it through your bank’s portal. A third party(your bank) is involved in this case. However when using bitcoins you can make financial transactions without a mediator. Anybody can view these public records of transactions without revealing their identity but just because this data is shared across a lot of computers one no body can ever mess with it. 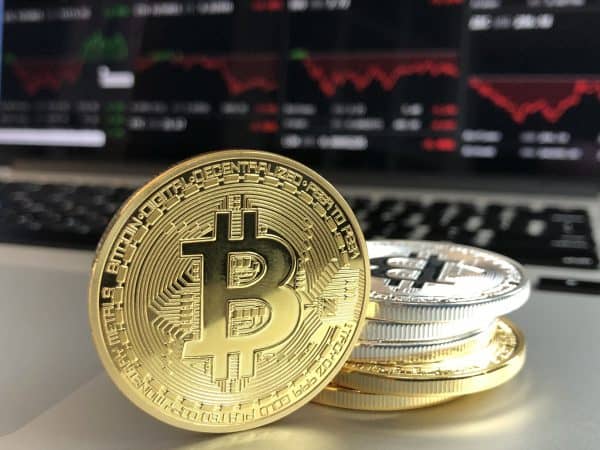 It is possible that some sort of transaction could be secretly funding intentions of illegal markets , corrupt activities or terrorism financing. Abandoning Blockchain or bitcoins isn’t the answer to control crime. The ulimate solution to such a problem would be to use this digital theory under some sort of regulated regimes. Our government could enable the use of this technology with some revised rules and regulations in order to keep crimes at a bay. This is called hitting two spots with one stone. This could solve the threat of Bitcoin funding any illicit activities and also help a millions of people to carry on their trades.

Blockchain can be used by anybody who believes in revolutionary ideas. Blockchain has been an existing concept yet not a common one. Blockchain can be adopted to replace all the communications and transactions which depend on a central authority. We see it as a potential futuristic idea and hence we believe in embracing it before others. Majors like IBM and Microsoft openly invest their faith in this new wave technology- “Blockchain”. Another example could be the diamond industry. It is looking forward to execute Blockchain theory since it would permit them to digitally track every single sale and ownership without any need for physical certificates. Another plus point is that this will help suppress the growth of blood diamond market which is a great threat to humanity since it contributes to a warlord’s evil ventures.

Future Of Blockchain Globally And India?

Blockchain isn’t a concept to lose its value over a period of time like some other  technologies. It’s a practical visionary idea which needs a huge recognition to allow us to know its benefits. With massive business tycoons eyeing the Blockchain theory it is also widely used by start-up enthusiasts. In fact there are plenty of oppurtunities awaiting nations such as India and other Asian countries if they accept blockchain widely. These countries have capacity to execute blockchain within their economy and yield maximum advantage.

“It’s not about the places where people are really rich. Blockchain’s opportunities are the highest in the countries that haven’t reached that level yet.”

Many Indian start-ups such as Auxesis, Cateina Technologies and international establishments like Coinlancer and Loci along with many other hot start-ups are embracing this new wave technology.

The mastermind behind the entire Blockchain idea was a Japanese person. Let us call him with a pseudo name “Satoshi Nakamoto”. He introduced the idea of digital info being distributed but at the same time it cannot copied or exploited.

1. It is decentralised ie; it can’t be controlled by a central/single entity such as the government or any other authority.

2. Blockchain is a globalised concept. You have access to it irrespective of your region,race or social status.

3. Blockchain relies on encryption technology (cryptology) for security purposes which means that you’re not vulnerable to a third party threat.

4. Blockchain survives on the concept of a shared economy.

5. 100% transparent and secure since it  can’t be manipulated by any single entity.

Any opinions you’d want to convey? The comment section below has been created just for you!