Why Ubuntu Is Better Than Windows?

After using Ubuntu for a quite sometime, I was amazed that how can Windows is so popular when there are OS like Ubuntu? Why don`t people use this amazing piece of work? I strongly support the use of Ubuntu and here are some reasons why one should use it. 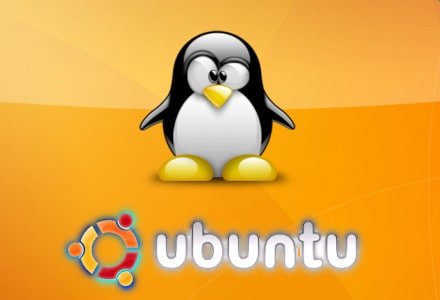 Who dares to buy a genuine Windows Operating System when it costs over $100 to $210? Some does..But thanks to Canonical Ltd who is sponsoring Ubuntu and is available to the user at no cost. And to add to it`s beauty, Ubuntu is an Open Source Operating System, with this you can tweak it to use it your way as the source code is available to the user.(under GPL)(A Little Bit for Geeks).

Virus! To deal with these Zombies, one has to install extra load of software’s and has to keep them up to date on Windows Operating System. And sometimes they even fails to act properly, there comes the real problem, no security. But Ubuntu on the other side is free from virus, no need to install anti-virus programs and no need to think of these Zombies penetrating your System. Feel Free. But, to aware you guys, Ubuntu is not 100% free from viruses. There are just a few 1000 viruses/malware for Ubuntu. But this negligible amount is less as compared to the billions of viruses/malware for Windows and still counting. So do we need any anti-virus for Ubuntu? No, because Ubuntu comes with a built-in Firewall and virus protection.

Some of the best Open Source Software like Firefox, Gimp, Open Office are already installed on Ubuntu. Every time a user re-install a Windows Operating System, one has to waste a whole day just installing all these missing Software’s to make it suitable for one`s use. Such a waste of time and storage space. Ubuntu comes with loads of software`s pre-installed catering to all your needs.

You Name It, We Have It – Ubuntu Software Center

As I told you earlier, Ubuntu comes with loads of pre-installed software`s, but if you still feel that something is missing then Ubuntu Software Center should be your next venue. Just head over to this online store and feel free to demand anything you would like to have it in your Ubuntu. It`s an all in one stop for all your needs. No need to keep toiling the web for a specific software`s as one usually do for Windows Operating System.

A great feature, which Windows Operating System cannot even think of, is the Compatibility Factor. What`s behind this? No need to install drivers or CDs to make your devices work. Just plug it in and the device is ready to roll on your commands. And to your surprise, it is also compatible with Windows. One can open ,edit, Microsoft Office documents.

Do you know the booting time of Ubuntu(Ubuntu 10.10 Desktop Edition)? It`s a mere 7-8 seconds. Windows users keep staring at the screen! Moreover Windows Operating System tends to slow down over time, but that`s not the case with Ubuntu.

It`s the Ubuntu way of Cloud Computing. Sync and share your digital content over the cloud. 2 GB of free space is available for storage space which can be extended when required.

No reboot is required after installing a software in Ubuntu where Windows Operating System sometime requires reboot for the installation process to complete. No need to defragment the hard disks when Ubuntu is rolling on your hard disks, it`s all automatic. Just feel free to use it to get your work done.

Eagerly waiting to try your hands on Ubuntu, then just order it from here or download it from here, it`s free.If you want to install to create a USB Drive then it`s all over there along with the tutorials. Windows users can install Ubuntu within the current system via Wubi(Windows Installer). If you do not feel like installing it you can try it directly before installing it or one can also try it online. Just head over to those links to try Ubuntu. Moreover Recent release of Ubuntu 11.04 is gonna be more alluring.

Which Operating System do you use? Have you ever tried Ubuntu? Drop your views via comments.