It is not really surprising that Google has released the first real cloud experience with the launch of the Chromebook. There are mixed reviews, reports, comments, discussions and opinions flying around.  Whatever anyone has to say, it probably won’t even matter. The Chromebook will work, and it will get its piece of the market once a few real user reviews start to come out. It won’t be all consuming and powerful like the release of Windows 8 activation through download, but let’s have a sensible look at what Google is doing. 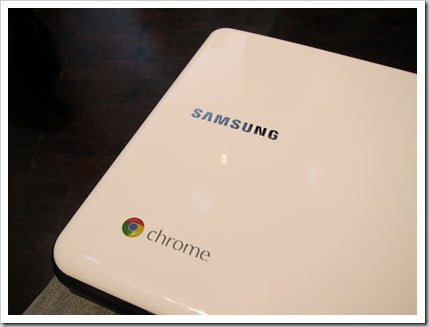 Could even be a demo.

Google is big enough, makes enough cash, and has the strength to do something like this, even if their end goal is not for it to be stand-alone success. It is a working demonstration of what total cloud computing is, a huge demonstration of Google’s ability to create a full working online platform can do, is supported with loads of apps they have been developing for a long time, and here it is. As they tell you from the start, it will constantly improve (as there is actually nothing on it, and it is all about them improving what is available on the web). There could be a number of reasons why they are putting this device out there now, and one of them does not have to be an attempt at trying to take over the PC and OS market.

We all live in the browser.

When you stop and think about it, most of us are spending 90% of our time in a browser doing something when we work anyway. If you have a Google account and Gmail, you are probably aware of the fact you don’t need to use software such as Microsoft Office, for quite some time. Once you start using Google Docs, you really don’t like the idea of having a document that is a file on your own computer and to share that with anyone you need to send the file as an attachment. If you don’t know what Google Docs is, it is time for you to get a Gmail account and find out what it is.

Google Account users will have an immediate understanding of what the Chromebook is. There is not much explaining needed for them. That is still a large proportion of the world’s internet users. They will not have any mental adjustment to make to use one. Other users might feel strange at the beginning. Younger people tend to move onto the next thing fast.

The Chromebook has a totally new approach to online security. Sandboxing is a new strategy, and this demonstration will be crucial for Google. Security is the number one issue for everyone when they are on the web, and it is the number one fear on a macro-social perspective in relation to the introduction of cloud computing. Google is seriously vying for their piece of the cloud pie, and a very big and important pie that is going to be.

While other companies such as Amazon and Apple are approaching the cloud computing market through a service, the Chromebook is obviously Google’s tool for penetration. It seems a pretty simple, and yet intelligent strategy. Based on what we have seen from Google since it was born, this is not very surprising. Supply users with a device, and using that means they will automatically be using Google’s cloud services – from the point they turn it on.

Windows 8, the next huge thing in the world of computers is still some time off. Google didn’t wait around to get a jump on the market. You might even get a Chromebook just to use when you are on the road, to give the kids, to use in the lounge room. Google will be offering Chromebooks to schools and businesses on a subscription basis at US$20 a month per unit for students, and US$28 for businesses, over three years, including all software and hardware updates. That is very comparable to buying a new machine every year and all that software you need to with any other option. Have a think about what they are doing… very smart move Google.

Angela
Angela is a freelance writer, writing on various topics