Make electric energy while you walk to charge your phone

Believe it or not,you may be able to charge your mobile laptop and iPod by a few minutes of walk in the near future 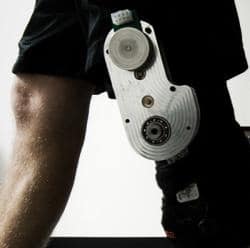 • A piezoelectric material is something that when Pushed or Pulled generates a mild electrical charge.
• Within three to five years piezoelectric nanowires, woven into a cotton charge a cell phone or laptop battery after even a short walk. The group used plentiful and easy-to-manipulate zinc oxide nanowires to create their nanogeneroter.
• This unique arrangement maximizes the electricity the piezoelectric nanowires can create. The wires work with each other, amplifying the electrical charge to record levels as the single layer pushed back and forth with only the most slight and gentle of nudges.