The iPad Mini to be unveiled tonight: What we can expect?

Well today is the day when we’ll be finally seeing the smaller version of Apple’s market leading Tablet, dubbed as the iPad Mini getting unveiled. The iPad Mini has been in the rumor mill since a couple of years now and we already know a lot about but some are obviously rumors. Apple has sent out invitations for an event on Tuesday in San Jose, California, saying only: “We’ve got a little more to show you” and as always minimal details on what we’ll be seeing. With Amazon getting much traction last year with its Kindle Fire and stepping the game in the 7-inch market with Kindle Fire 2 and Google joining the party with Nexus 7 which has been selling successfully, it was only a matter of time when Apple, the company which arguably gave birth to the Tablet market with the iPad entered this scene.

So we are here to tell you what we can expect from the new smaller iPad to bring to the market. What we are sure about anyway is that it will feature a display of 7-8 inches but several rumors have pointed a specific 7.85 display size and the displays have been manufactured by Sharp. The aspect ratio of the display will be 4:3 and the resolution will be of 1,024 × 768, according to a new report by DigiTimes, citing unnamed sources in Taiwan. Thus there will be no Retina moniker for the iPad Mini which might disappoint some but it truly makes sense since the iPad 2 features the same display resolution and it also means lesser price for the tablet. 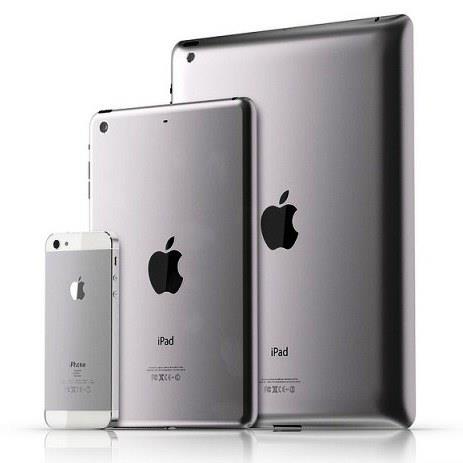 Another point of discussion and rumors has been the pricing of the device. Earler, we heard rumors stating that the starting price for the base model will be $249-$299 but recently we have been hearing contradicting rumors saying that the Tablet will sell at somewhere between the $299 iPod Touch and the $399 Wi-Fi only iPad. In other words a “a price point of $299 or $349.” A report from the reliable folks at 9to5Mac state that $329 will be the starting point. Well we’ll surely know tonight.

Apart from the screen and price, others like skinny bezels similar to the iPod Touch, the new Lightning connector, front and rear cameras, and an ultra-thin design is what we can easily guess the iPad Mini to have. The tablet is also expected to ship November 2 with the Asia-Pacific region due to receive the device mid-December.

We all know a 7-inch Tablet is a far more portable option than a 10-inch one and if you are the one who hold your Tablets in your hands for long hours then you’d know that 7-inchers are more lighter and more easier to hold. reports from Bloomberg suggest Apple will “make a point of highlighting the educational abilities of the iPad,” and we could also see a new version of iBooks so that Apple can show off features like visual textbooks thus making it a viable Tablet amongst students. 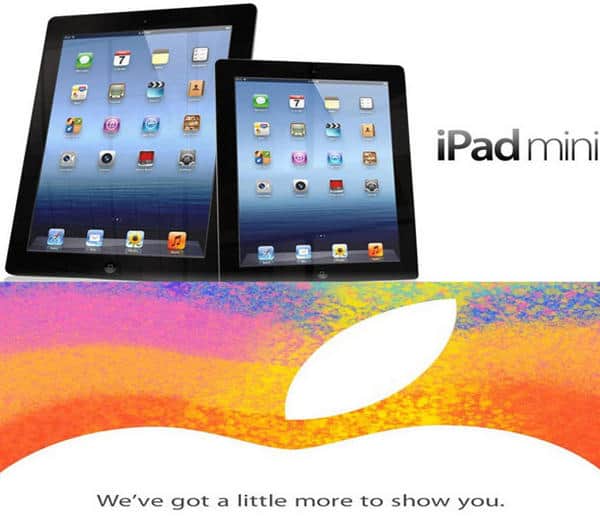 We are surely going to know every single detail about the iPad Mini later tonight and if it is priced the way we expect then with with its brand, ecosystem, and developer support, is perfectly position to take advantage of it. Apple seems confident with the product since they have already ordered 10 million units for the remaining months in 2012 and if analysts are to be believed then the new iPad will not only hurt the other Tablet makers but also the PC market. J.P. Morgan analyst Mark Moskowitz said, “the iPad Mini stands to target price-sensitive users and the ereader crowd,” . “Given the global economic uncertainty, we think price-sensitive users could gravitate toward an iPad Mini instead of making a PC purchase.”

The event is scheduled to take place at 10am Pacific Time (22:30:00 Indian Time) at the California Theater in San Jose, California.