Net Meter-Keep a track on your internet usage

Net Meter is a software that monitors network traffic through all network connections on the computer it’s installed on, and displays real-time graphical and numerical downloading and uploading speeds. Net Meter supports display transfer rates of multiple network connections at the same time. It also logs network traffic and provides daily, weekly, monthly, and traffic reports summary. Start days of week and month are can be customized. What’s more?  Net Meter allows one to setup a notification to get an alert when you exceed a certain amount of bandwidth usage and traffic stopwatch enables to test bandwidth speed of connections. 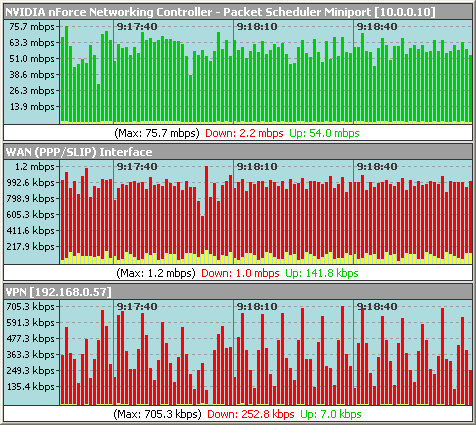 Net Meter has an agreeable user interface. It comes with a semitransparent window showing the current download and upload speeds of current network being used. Speeds are indicated using line graphs or column graphs. Also multiple network traffic can be monitored simultaneously. 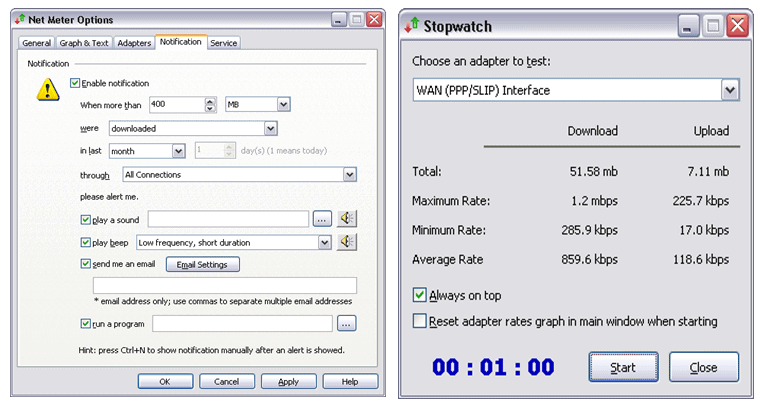 A notification can be ordered to alert the user of exceeding bandwidth usage. This is a really cool function provided by Net Meter. Just by setting the usage level users can get an alert in form of a sound, beep, email or also by running a program. Along with this traffic stopwatch is provided to check speeds and usage for a specified interval of time.

Net Meter is powerful software to keep track of bandwidth usage of all networks installed on a computer. It comes with various interesting features of which most useful being the “Bandwidth usage notification” keeping its user alerted. Net Meter proves to be a good tool to users using limited bandwidth plans to track and keep their usage within the prescribed plan limits.