Android Smart Phones: The Low Priced ones Compared to the High Specs Phones

Consider the recent Android smartphone announcements from mid-2012 and you will come to realize that there are several devices with a cost of $99 or less. The more important question that strikes my mind is that does this mean Android users are being fed with numerous devices having inferior hardware and lower specs? Not at all. 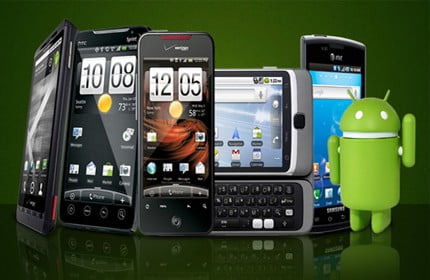 It is again one of the consequences of the rise in technological advances, especially in this regard, as a basic entry level smartphone nowadays is at least a dual core processing 960 x 540 pixel display phone that is considered the lowest point where the bar is placed. Not very long ago the same resolution counted as a high-end device specification. Similarly the Droid Bionic, introduced last year, was costing $299 to the consumer while it had a 1 GHz dual core processor, 512MB RAM, and a 960×540 pixel display. At the time of its launch, it was widely deemed among the top of the line smartphones at the time, even though the hardware specs are similar to today’s low-priced entry level phones.

The distance covered in a year

In most of the average low-end Android phone bargains, dual-core 1 GHz CPUs are increasingly found in the market while the typical single core processor ones still exist too. In terms of the phone’s memory, the old 384MB RAM seems obsolete as most of the phones today are equipped with the 512MB and 1GB RAM. Internal storage has also sneaked up a but mostly started at 4gb while usually capable of external Micro SD storage. As it follows, screen technologies are also advancing and many Andriod phones are available with 800×480 or 960×540-pixel display resolutions on relatively larger screens. The display sizes have crept up from 3.2 to 3.5 inches and the rule is generally about 4 inches now. It is not common to come across a $50 phone including a 960×540 qHD display. The Pantech Flex is quintessential in this vein and clearly an affirmation of the same.

Since most of the new releases of smartphones come with 4G LTE or HSPA+ support, the 4G suffix should also be removed soon enough, except for the occasional ZTE Fury or Huawei made T- Mobile Prism, most of the Android handsets are capable of handling faster network speeds. Motorola Droid Razr M 4G LTE being the case in point.

But there has to be a difference, other than the clear one in terms of price

Nonetheless, these low-end devices, regardless of cost efficiency or glittery appearances, do not provide anywhere near the same experience as a stronger and race smart phone. That is the reason for employing the term “low-tier” for the description of handsets. The difference is like in terms of particle effects, realistic lighting, and real life physics. If that is not a preference than the newly announced Samsung Galaxy Stellar would do just fine, until you find your device exhausted and unable to support while trying the updates, apps and games released in a year’s time.

While choosing a smartphone, a simpleton like me is mostly confused looking at the specs and almost all of them look alike to me, but according to the experts there is a lot more to a smartphone than just the 3-4 main variables normally considered and printed on top of the handset boxes. If some smartphones are highly priced and others not even half the price there must be a reason. Whatever you choose, choose wisely according to your requirements and watch your online habits as the cell phone spy apps, Android Spyware and all other sorts of malware are, as they have always been, more widespread than we usually consider them to be.

JamesClark987
James Clark has been in the business of providing quality information on spy software for cell phones for a while now. He's an expert at all things spyware, but his main forte is Android spyware(download here) which has captured the interest of many.