Samsung Galaxy S6 Vs Sony Xperia Z3 – Which one will rock

The smartphone world is getting better and better day by day with the smartphones launched by the top manufacturers having great features and technology. Sony, Samsung, HTC, Apple are the major brands delivering astounding gadgets to the users worldwide. Sony Xperia Z3 is the next flagship from Sony while Samsung Galaxy S6 is from Samsung both of which haven’t yet released. Sony has officially announced the arrival of its flagships but Samsung’s flagship is far away still. This post has been brought up to show the comparison between the two great pieces of wonder from the two great smartphone makers. So lets compare Galaxy S6 Vs Sony Xperia Z3 and find out who wins the battle of premium android smartphones. 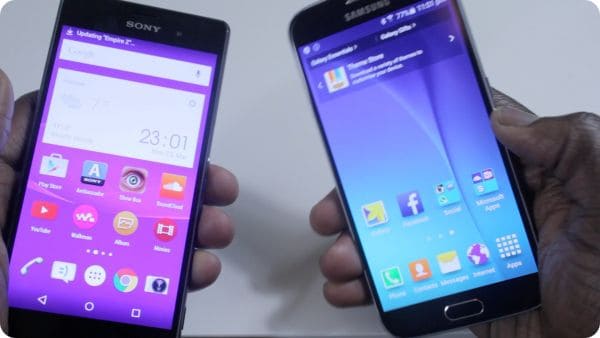 Display: Samsung’s next flagship as speculated will feature a 5.3″ display (a Super AMOLED Plus) supporting resolution of 2560 into 1440 pixels though the pixel density will be around 496ppi. On the other hand, Xperia Z3’s display is 5.2″ IPS LCD screen of resolution 1080 x 1920 pixels and has 424ppi pixel density which is less than the former. 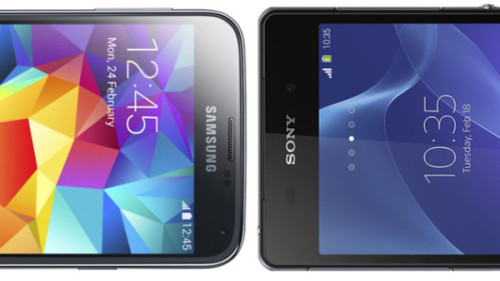 Processor: Galaxy S6 specs sheet includes a 12-cores processor to be chipped on Samsung Exynos 6 chipset while it will also come with another variant having a Qualcomm Snapdragon 810 chipset. Talking about the Z3 which presents a Krait 400 Quad-core processor on Qualcomm’s Snapdragon 801 (MSM8947AC) chipset and to be working upto 2.5 GHz.

Operating System: SGS6 will have Samsung’s own New TouchWiz interface with Android 4.5 or 5.0 plausibly while Z3 has the ongoing latest OS Android KitKat v4.4.4 inside.

Storage: Samsung Galaxy S6 will be launched with two variants. There will be a 32 GB version as well as a 64 GB version both of which could be expanded upto 128 GB via microSD cards whilst the Xperia Z3 has one 16 GB variant and one 32 GB, though its expandability is similar to S6’s i.e. 128 GB.

Camera: Both devices’ camera is quite same but the quality of the pictures will be depending upon other factors also and that can be checked only after we have the devices officially launched. Galaxy S6 will sport 21 MP back camera and 5 MP front camera while Z3 is having 20.7 MP back and 2.2 MP front one.

Connectivity: SGS6 have connectivity support of 2G, 3G and 4G LTE Cat whereas the Sony’s latest flagship is also featuring the same as the former.

Battery: Galaxy S6 is likely to have a 3300 mAh battery which is more than Xperia Z3’s 3100 mAh non-removable battery.

Both the devices have really astonishing specs and features but one have to be the winner only. As far as my views suggest I conclude Galaxy S6 as the winner between the two as it has won in many points like the battery, RAM, processor and there is no doubt that it is expected to have IRIS recognition technology also which is also the plus point to make it the winner.

Which of the two Galaxy S6 and Sony Xperia Z, you will choose as the winner? Don’t forget to tell our viewers.