What to expect from Android 3.0 (Honeycomb) tablets

Even if android tablets are all over the place and are receiving positive feedback, there are still skeptics out there. To bring light to these skeptics, in this article we will be discussing the new features of android 3.0 (aka Honeycomb). Honeycomb is the new version of Android build especially for tablets and has a number of new and exciting features. The release of the new version signaled the beginning of the ‘tablet war’ between Google and Apple and for sure the next few years will be interesting as to which company will manage to win the tablet battle.

Honeycomb in every Android tablet

It is known that Google has released several versions of the Android operating system and Honeycomb is the latest and most improved version. Honeycomb is the very first operating system to be used exclusively on tablet devices and not smartphones. It takes advantage of the bigger screen size, fast processors and graphic accelerators of android tablets. The major characteristics of android 3.0 are outlined below: 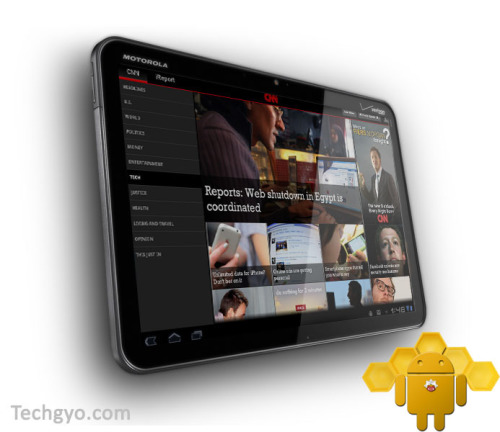 Honeycomb features a new user-interface in a 3D-like look with a playful and elegant touch to it. All core applications (Gmail, Gtalk, Googe Maps, Google Docs) are customized to fit larger screens and most applications take advantage of a 2-column view for easier usage.

Its multitasking feature is made easier and simpler. No need to go back to the home screen just to switch to another application. A dedicated button is located at the lower right of the screen, just press it and you will be presented with other applications available in a thumbnail view. Another improvement is the prompting of notifications, new notification will just appear on the System bar located at the lower right of the screen, so the user can deal with it at a later time unlike iPad that displays notifications at the middle of the screen which can be really annoying especially when you are doing something important.

The user will be able to add several applications and widgets on the home screen. There are 5 home screens in total (in a continuous desktop) which gives enough space for the user to access all the applications they need in one place.

Typing and copying text made easy with additional tools such as the bounding arrows. This tool allows the user to extend selection of text. Also the design of the keyboard is improved making it more accurate.

Android Market is just like Apple Store that lets users download and buy content online. The only difference with iPad is that Android 3.0 tablets do not need to be connected through USB. Users can send applications to the device Over The Air (OTA) just like the software updates send by Google.

These are just few of the amazing UI features of Honeycomb that will be found in every Android 3.0 tablet. Aside from the Android experience, these kind of tablets are mostly powered by 1GHz dual-core processor with 1GB of RAM which delivers great application and game performance. Not to mention the storage space at 16GB/32GB that can be expandable up to 64GB matching iPad’s 64GB. Connectivity options provided are 3G, Bluetooth, WiFi, HSPA+ and 4G. Of course, other tools such as cameras, speakers, sensors and external accessories are all available with Android 3.0 tablets. Big companies such as Motorola (already available for purchase), Samsung, LG and HTC have already introduced their very own tablets and in no time will populate the market.

With these things to keep in mind you do not have to be stuck with iPad1 or IPad2 because its android 3.0 now offers a new reliable choice and a time to explore new horizons.