The Evolution of Mobile Phone Displays

As our cell phones have gotten smarter, so have their screens. From basic black and white passive matrix displays to high-tech super AMOLED displays, take a closer look at the evolution of cell phone screens. 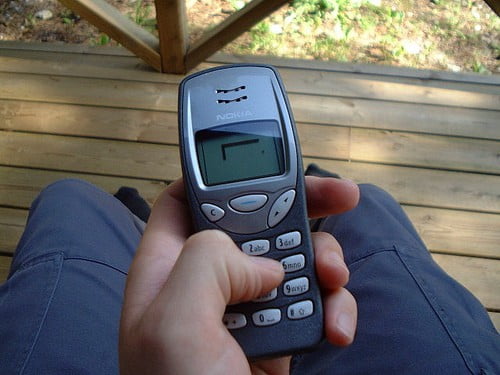 Motorola released the DynaTAC8000X, the world’s first commercially available cell phone way back in 1984, but these portable communication devices didn’t get screens until 1992. The first were simple black and white passive matrix screens designed to support the new SMS text messages. The screens used a matrix of rows and columns, with coordinates blocked in to create text. The displays looked quite blocky and lacked the definition of later models. In the late ‘90s, cell phone designers realized the potential of these displays and began adding simple games like Snake and Memory to their devices.

In 2000, cell phone companies released devices with touch screens. These devices saw users pressing the touch-sensitive screens, rather than the number pad, to perform simple operations. They might seem simplistic and unresponsive compared to the touchscreens of today, but those screens gave a hint at what the future might hold.

The Introduction of Color

In 2001, cell phones slowly moved away from the boring black, gray, and white displays. The Nokia 8250 was the first phone to buck the trend with its monochromatic display cell phone. It didn’t have a large array of colors, but the ability to change the background from gray to vibrant blue was appealing.

The Ericsson T68m and Trium Eclipse were released later that year, two pioneering phones with 256-color palettes. Camera capabilities were added to phones in 2002 to take advantage of the new full-color screens.

2003’s flip phones, also known as clamshell phones, saw more screens added to cell phone designs. Phones like the Samsung S300 had a small external screen for call and SMS notifications and a larger screen inside for composing text messages and playing games. 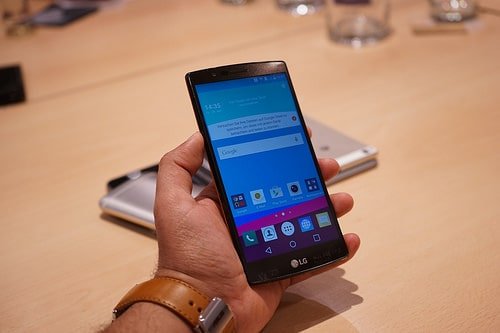 The launch of the iPhone in 2007 marked the dawn of a new age of cell phones and cell phone screens. It was considered the first smart phone, the first phone with an operating system, and the first with an advanced, more responsive touchscreen. Its video graphics array (VGA) display, a type of active matrix display, had far greater resolution than earlier phones. Extended graphics array (XGA) and AMOLED displays were later introduced which offered even more pixels for crisper, clearer images.

Cell phone screens grew larger through the decade to take advantage of the new high-resolution technology. This gave rise to phones so large that some call them phablets because they seem somewhere between a cell phone and a tablet. With its 5.5 inch screen, the new LG G4 falls into this category. Its IPS Quantum display offers brighter, more colorful graphics with more contrast than previous LG phones.

As you can see, technological advances have made cell phone screens much more sophisticated than early adopters could have dreamed of.