Difference Between the 32-bit and 64-bit Windows

When considering the versions of your operating system, you might think of the Home or Pro editions. While there is another factor to contemplate that separates the versions of your Windows OS and that is whether the system is “32-bit” or is “64-bit”. So either you are purchasing a new one or upgrading the older one, you surely might have heard these terms 32-bit and 64-bit. But did you really understand them? And even if you understood them, how clear are the concepts? What may ever be the situation, let me give the look of where do these designations (32-bit or 64-bit) come from. And what do these actually mean in your computing experience!

Whether the architecture used to manufacture your computer processor is 32-bit or 64-bit it all depends upon the processor also called as the central processing unit or the CPU which resides inside your computer system. A majority of computer processors currently fall into one of these two categories. The 64-bit processors are of an increasing importance and more powerful than their 32-bit counterparts (this architecture has been around for a longer time and still hosts a lot of applications). The 64-bit processor is capable of handling more data at once and can process much more information. It can probably access over four billion times physical memory than a 32-bit processor can!

Determining the Number of “Bits” — 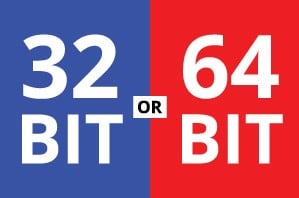 For understanding the magnitude of differences between the 32-bit and 64-bit processor, you have to understand a little about binary counting. Unlike our decimal system that has ten digits per place, binary has only two — 0 or 1.

And as a standard rule, a computer having 4GB of RAM or less does not need a 64-bit CPU. But if the computer is of 4GB RAM or more then it surely does. Certainly, several users may find that the 32-bit processors render them with the adequate performance and memory access.

But the applications that use large memory amounts may showcase a vast improvement with the updated processor. 3D rendering utilities, image & video editing software, video games and such programs make better use of a 64-bit architecture and OS. This proves to be adequate if the machine has an 8GB or 16GB of RAM which can be divided amongst the requiring applications.

Differentiation of the Windows OS —

The first difference is when you make use of the 32-bit version of Windows to utilize up to 4 GB RAM or less. So even if you put 16 GB RAM in a 32-bit installed Windows, you actually are not using more than 4 GB. 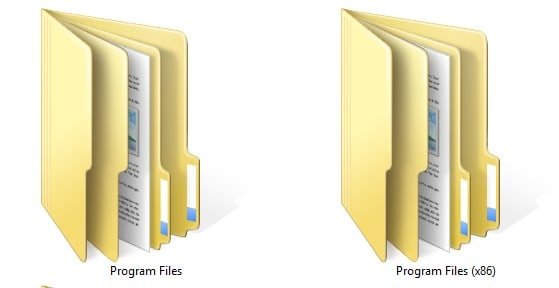 When programs grab the shared information to run, like the DLLs (Dynamic Link Libraries), they then scan in the right directory of Program Files. This is why Windows OS keeps them separate. So for instance, if a 32-bit application reaches for a DLL but discovers a 64-bit version, it is just going to stop working! Because just imagine going to a library for searching a particular textbook, and then realize that everything is in a foreign language. Therefore here you should note that in Windows OS, the 32-bit version is referred to as x86, and the 64-bit version is called as x64 (when you look for the program files folder).

And if you did not know, the ancient versions of Windows OS like Win 3.1, ran on a 16-bit software. But to your surprise, the 32-bit version is backward compatible with this legacy program but not the 64-bit machine.

Whenever you install a software or a program, the vendor modifies and decides whether you get the 32-bit or the 64-bit version. A few developers provide only the 32-bit versions, but sometimes they also let you choose, whereas a few others automatically install the appropriate version for your system.

So if your system is running on a 64-bit version of windows OS then you should install the 64-bit software as these x64 versions would not probably blow away with a tremendous speed but would, however, take the advantage of increased 64-bit architecture security. It can also be reasonably more stable and efficient. And understandably the default for most of the vendors is the 32-bit version which will for sure work on a 32-bit system.

What’s your system running on and can you upgrade?

So how to know which version are we using for our Windows OS? The easiest way of finding out the same is through the System dialogue option. On Win 8 or Win 10 simply right-click on the Start Button and choose the option “System”. For Win 7 or earlier, just right-click on Computer and choose “Properties”. Or use the Windows + Pause Key shortcut.

Here you can view all the basic info about your system. This includes, for instance, your Windows version being Home or Pro. Under the “System type” option, you will get to know if your Windows operating system & processor is a 64-bit or a 32-bit version. You can also check your “Installed RAM”. 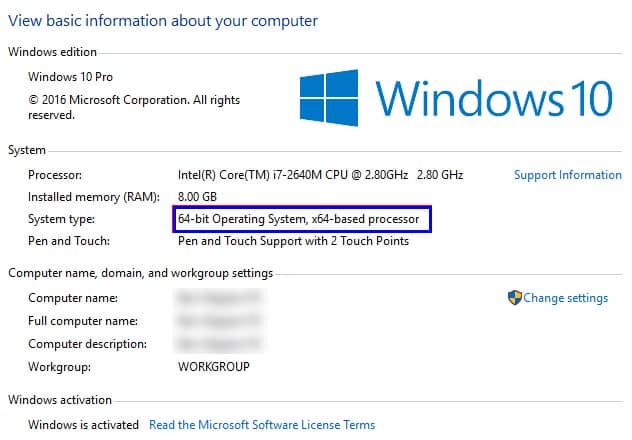 And if your OS and processor bit sizes do not match with each other then you will be able to upgrade. In the case where you are running a 32-bit Win 10 version on a 64-bit processor, then that is easily upgradable to x64 windows. But if the Win OS system is running on a 32-bit version with a 32-bit processor then you can not upgrade. This means that you will have to purchase a new machine to take advantage of the 64-bit version.

Are There Enough Bits Yet?

Use of the 64-bit computer systems did not become so popular until the arrival of Win 7. And this technology has continued up to the Windows 10 versions that we use today. It has started to become the brand-new standard. Though it has been a rough road. Not many people used it as there were compatibility issues but now that has been resolved.

4 GB of RAM was the infinite amount when CPUs first came into being. This still is a workable memory. However, as the prices of components continue to drop, the low-end machines are likely to be equipped with more RAM. This will eventually make the 32-bit systems obsolete!

And in turn, this will make the developers focus on creating software with the 64-bit version, and it will standard for a long time. Though we probably aren’t hitting the 2305 petabytes RAM size any soon!