Apple recently unveiled iOS 9 which will be used in the upcoming iPhone, iPad and iPod touch. These are the best 9 features of iOS 9. 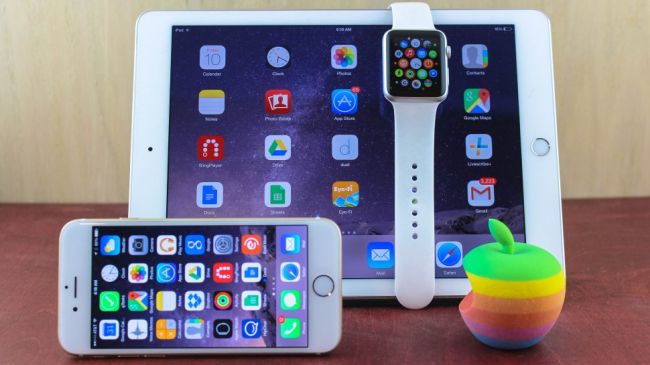 The new Siri would help you in performing your tasks better in everyday life. It would create reminders for you and would learn your everyday routine to make life easier for you. It would bring up the apps that you normally use during the daytime or the nighttime. It would bring your preferred playlist on the lock screen before you start exercising. Even with these qualities it won’t be able to compete with Google Now.

It’s not all good news for iOS 9 though, Simon Dyer from SwiftContractPhones.com in the UK believes Apple’s new OS is a little underwhelming:

“A lot of iOS 9 features unveiled at the keynote as groundbreaking are merely just catching up to what Android already has which is a little disappointing. Siri is way behind Google Now and Android performs much better on larger screens. Everybody seems to copy everybody in this game and now Apple are playing catchup to Google’s OS. I think iOS 9 will be an improvement but nothing too groundbreaking.” 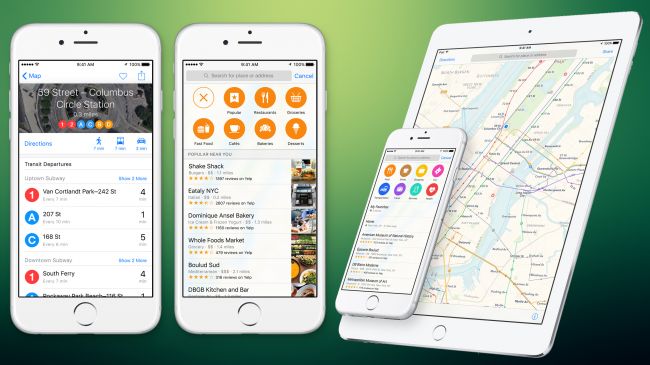 Maps have been immensely improved this time especially in the public transportation side.  Google Maps have been giving this feature for the past two years now. The name of the feature is Transit and it runs in a few cities of the United States and around the globe at the moment. We hope that they would add more cities in the near future. You will be able to see the underground metro stations and railway lines once you turn on the Transit feature. It would also let you know the arrival and departure timings of all your trains. It would come with Siri integration. So you can easily ask the schedule of the train you are interested in from Siri. 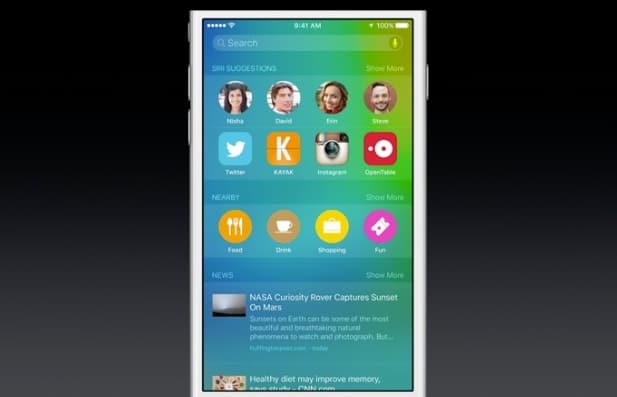 You can now avail the Spotlight feature with Siri integration. You would be able to see your favorite contacts and applications on the front and hence it would made contacting those contacts much easier. Spotlight is on the left of the Home Screen, and right beneath it is Nearby. With the help of Nearby you would be able to see all the restaurants, cafes and your frequently visited places near you. 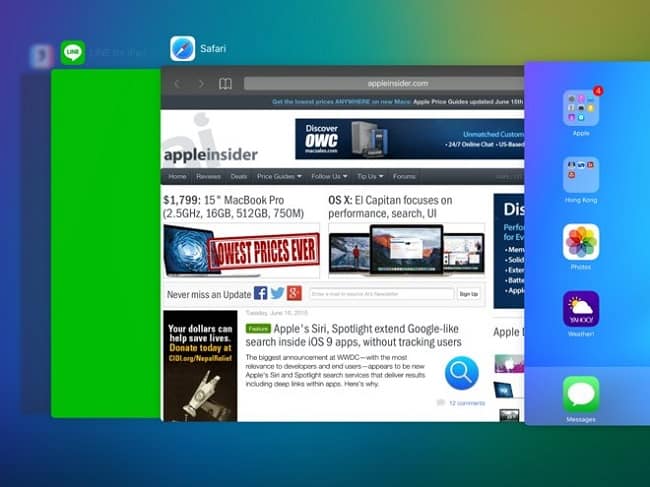 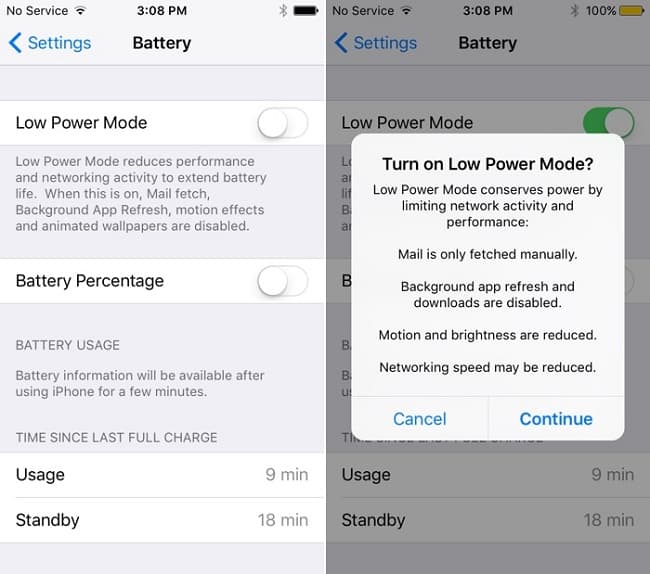 This feature is borrowed from the Apple Watch. It gives you 3 hours of additional phone usage when you are low on battery. This feature can be turned on from the Settings. 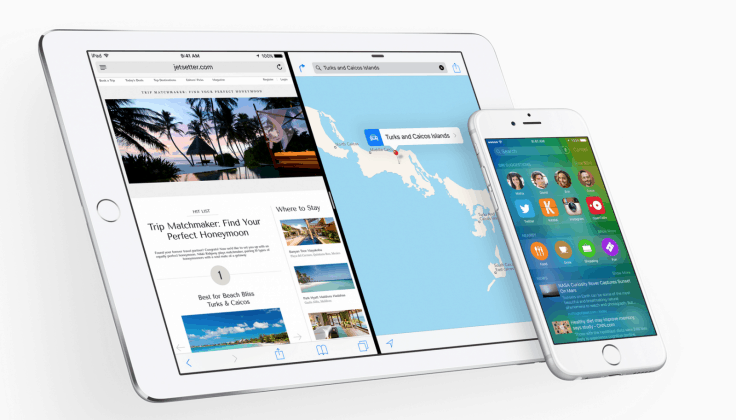 Split view helps you to multitask on the iPad Air 2 by splitting the screen in two portions. In the landscape mode you can have a 50/50 split view. This feature is available only for iPad. 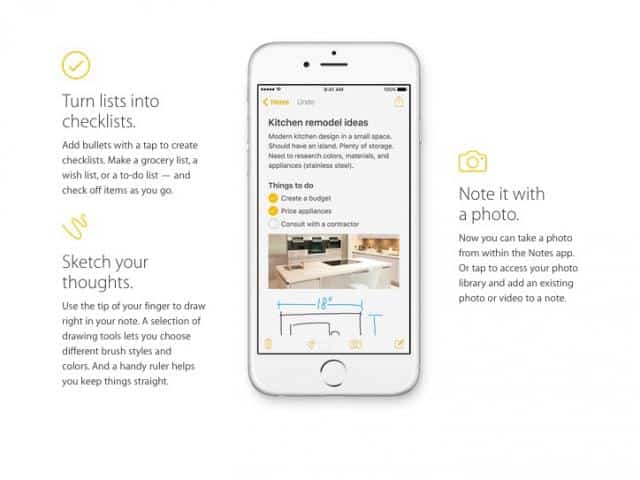 The new iPad is finally getting the Notes feature. You can now not only take notes but also take photos and insert photos in Notes. The keyboard has been redesigned as well. 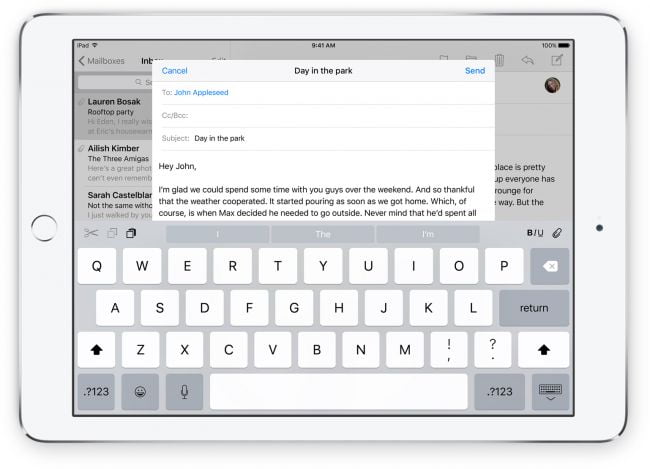 In the new keyboard there are more fonts and styles options. You can even cut copy and paste right from the keyboard. They also have introduced the new trackpad feature which lets you track the cursor by placing two fingers on the keyboard. Although it is difficult to use, but it is quite accurate. 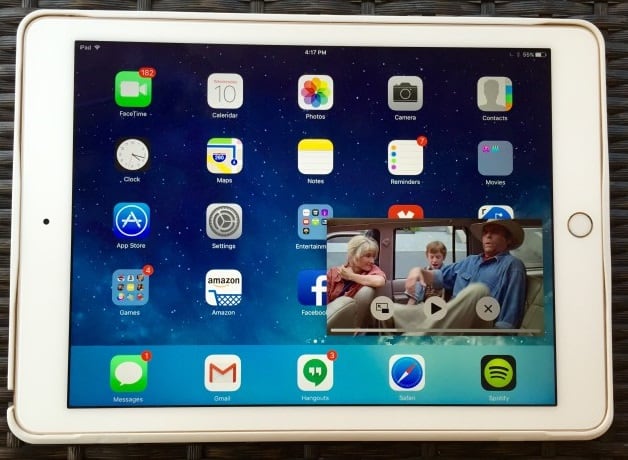 This time they are introducing the new Picture in Picture option. If you are watching a video and you accidentally tap on the homescreen, instead of shutting the video down it would just continue to run in the corner of the phone.

Nuur Hasan is a software developer, web developer and a technical writer with more than seven years of experience. He believes that sharing knowledge can do wonders and that is why he likes to blog. His other interests include politics and sports.