5 Important Things To Know When Buying A Drone

Buying a drone isn’t as simple a process as you may think. Like any specialized piece of technology, there’s a fair bit of background knowledge a person should have before they make a purchase decision. The investment you will need to make when buying a drone means proper research and knowledge are particularly important factors.  This is especially true if you are looking to buy a specialized camera drone; however it is still crucial if you only want a toy-like drone to fly around. 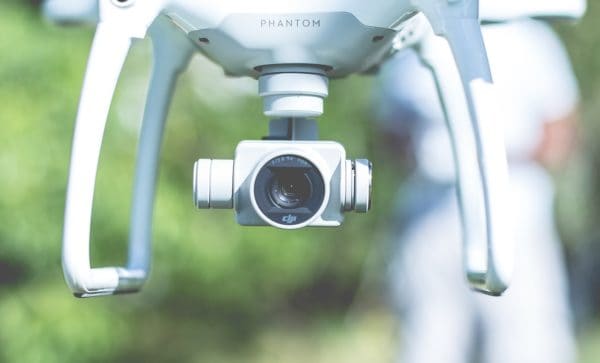 You need to consider some crucial questions and be aware of specific information when researching the purchase of a drone. Consider this list when doing your due diligence.

Not every drone is built to fly. Or, at least, isn’t built to fly right out of the box. That may seem a bit strange (why else would you have a drone if not to fly it?).   Most drones will have instructions that detail how fly-ready it is. This is done via specific acronyms that you should become familiar with.

ARF: “Almost-Ready-to-Fly,” like the name suggests, ARF is used to mark drones that will require an extra essential part if it’s going to fly in the sky. Such components could include a transmitter, receiver, motor, or flight controller. ARF tends to be a fairly broad term, so double-check exactly what’s missing if you spot an ARF drone you like.

BNF: “Bing-And-Fly,” is a term used to designate a drone that doesn’t have its own dedicated remote control. To operate BNF drones, you’ll need to purchase a separate compatible control, if you don’t have one already.

RTF: “Ready-To-Fly” means that the drone in question is ready to hit the skies as soon as you take it out of the box. You may need to charge the battery, but otherwise it’s good to go.

Not All Drones Fly The Same

Every commercial may make flying a drone look like a breeze, but that’s often not the case. Almost any flying drone will take a little while to get used to and some will be better suited for speed while others are built for stability. If you want a drone that’s going to require very little practice, then you may need to fork out some extra cash. In general, the more expensive the drone, the easier it is to fly from the get-go.

One of the coolest parts about having a drone is the ability to take amazing aerial photos. So if you want to get into drone-photography (or “droneography” as some call it) then you need to make sure your drone actually comes equipped with a camera. The addition of a built-in camera will definitely add to your overall bill. For example, one of the best camera drones on the market, the Phantom 4, costs a cool $1,650. The price is usually worth it (the slightly less expensive Phantom 3 is still a safe bet) as you don’t want to skimp on a cheaper model that won’t be able to shoot high quality photos and videos.

All too many new drone owners are fairly shocked when their new mechanical buddy gives out only after a short stint of flying. Unfortunately, this is a harsh reality when it comes to drones: the battery life is pretty short. Most camera drones can’t stay afloat for longer than 20 minutes. More basic toy drones rarely get above the ten-minute mark. Every model of drone is unique; just don’t assume that your new drone is defective when it can’t fly for too long.

The bill for your new drone can get hefty, but don’t expect the fees to stop there. For truly effective drone use, you’ll want some additional equipment. Extra batteries, an on-the-go charger, and spare propellers are all incredibly useful if you want to use your drone for hours at a time. Also, you may want to factor in some repair costs. Like we said, there’s a learning curve to flying a drone and you may experience some bad crashes during your first few flights.