Vivo, is the one of the best phone manufacturer has announced the launch of Vivo V5 Plus Limited Edition to celebrate the 10 years of IPL in India. The previous version of this phone: V5 Plus was launched in January 2017. The T-20 cricket league: IPL celebrates its 10th anniversary and Vivo has announced the limited IPL edition of the phone. The smartphone has new features such as matte black finish with “Vivo IPL” logo inscribed in it. Vivo has also declared their partnership with E-Commerce giants Flipkart for online sale of “IPL Edition” of the smartphone from April 10. 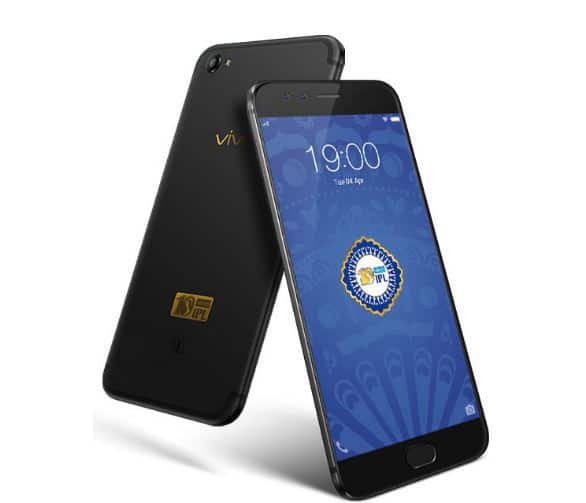 The smartphone has a 2GHz Octa-Core Snapdragon 625 processor, Adreno 506 GPU, 4GB Ram, 16 MP rear camera and 64 GB internal memory. The screen is also big (5.5-inch) FHD display with Gorilla Glass 5 and also a 3055 mAh battery which will last a day. This newer version of smartphone has Funtouch OS 3.0 which is based on Marshmallow. There are other features like Smart Split 2.0, 1.78 mm Ultra-slim Bezel and also Eye Protection mode. The main highlight of the smartphone is its 20MP front camera which is capable of taking high-resolution selfies. There is also an additional 8-MP camera to take depth-of-field information.

The smartphone has some best features with the excellent features but is also available at best price: Rs. 25990 only on Flipkart, Vivo exclusive stores and retail stores. This IPL edition phone would surely be a delight to all the users.

Vivek Zhang, CMO, Vivo India, said “The idea behind the launch of limited edition phone was to offer our consumers with not just the phone but an experience they can cherish for a lifetime. We have given strictest attention to the design and feel of the phone and our focus is to offer an exclusive experience to the cricket crazy audience”.