TVS was the first company to launch a keyboard incorporating the new Indian Rupee Symbol. It is a rough and tough mechanical keyboard with sculpted key caps. It supports Windows 98, 2000, XP and Vista. It uses USB 2.0 for interface with host. It’s a bit costly buy at a price of approximately Rs.1800. 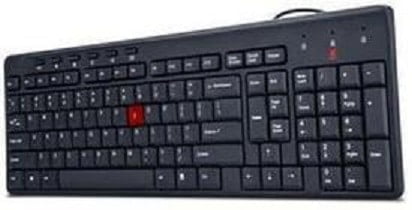 It is another keyboard incorporating the modern Indian Rupee Symbol by iBall. It’s again a USB 2.0 keyboard with soft touch keys including few multimedia keys. Supports Windows 98, 2000, XP, Vista and 7. Also its spill resistant and is priced approximately at around Rs.400. 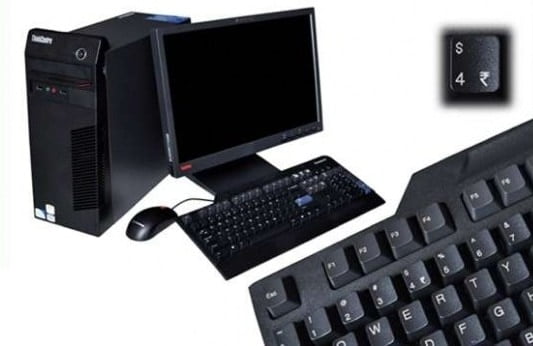 It is one of India’s first Desktop PC’s including the Indian Rupee key on its keyboard. It was designed according to the rules of Bureau of Industry Standards (BIS). Other features of the system include 1GB DDR3 RAM, 320GB HD and quite other old things. But not to forget it was one of the firsts to have Indian Rupee button on its keyboard.

There are many other keyboards with 2010 Indian Rupee Symbol key included in market and hopefully we’ll have Rupee Symbol incorporated on all of the upcoming keyboards in future. And don’t worry if you do not have a keyboard with Rupee key, check out the following video to use your existing keyboard to type Rupee Symbol.