Could IPad 5 Be Better Than The IPad Mini

Apple. Inc is renowned the world over for its contribution to the mobile technology. This is through the constant release of the iPad and iPhone models every year. Last year, it announced the arrival of iPad Mini to the market. This year, there have been rumors of yet another brand, the iPad 5; though it is still not clear when it would be announced. It is yet to be seen whether the coming iPad will have any significant performance feature than the mini. 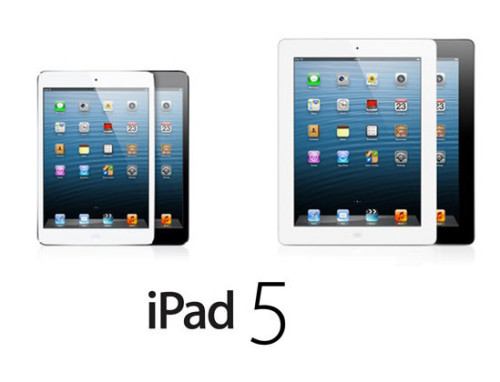 The iPad 5 is expected to retain the 9.7” display screen. The A6X processor, however, is expected to be upgraded to an Apple A7 processor. This would increase the processing speed of the device as compared to its predecessors. However, the upgrade is not rumored to be the only change; it will incorporate a reduced size and weight than the previous year’s type. As the rumors continue to filter into the market, with no apparent and set date of announcement; customers are waiting for the exact day when this much graded device would be released to them. People continue speculating about the features and prices of the new model, but none of them can be said to be true until it is officially announced by Apple. With the existing rumors, case manufacturers have started producing the iPad 5 cases in response to the leaked rumors. The cases are being
designed to fit with the lighter and smaller (reduced width and height) device, with the screen size of the cases remaining the same. The ports are also expected to retain their positions, like the previous ones.

The iPad Mini, meanwhile, was announced last year October and released in November to the
market by Apple. Featuring a 7.9” display screen and a screen resolution of about 1024 X 768. It is light and small, fitting perfectly well on the hands. The Mini uses Apple A5 processor, which may be seen as slower than the A6X; but it processes speedily well for a mini. It is fitted with both back and front facing cameras and can easily access the Apple’s Siri application like has been the case with its predecessors and the App Store. It also comes with great stereo speakers at its bottom, which to most people has outshined the iPad 4.

Ever since it was released last year, iPad Mini covers continue to spring to the market. The covers are merely a slight reduction of the previous Tmart iPad covers. Different people have varied preferences for covers, and there is a wide range of colourful iPad Mini covers to choose from. The smart cover, which was introduced with the advent of iPad 2, has now been reduced to fit the Mini. With its three folds, it can convert into a stand; as it is stuck together by magnets. It frequently cleans the iPad Mini front.

With the streaming rumors about the 5th generation iPad, it is clear to see that it is going to be a better model than iPad Mini, in terms of the processor, its display, size and lighter weight. It is actually an upgrade of the previous models; especially should it introduce the A7 processor.