A comprehensive study of Samsung and its Gear

Guest post by Shalini Dixit. Samsung, a premier manufacturer of household electronics offers a wide selection of world class products at reasonable prices. Since its inception, the company has been relentlessly trying to offer state-of-the-art products to consumers. If there is any brand in India that has grown tremendously in the Indian mobile phones and electronics market, it is Samsung. The company has created its niche in electronics and has become a popular name of almost every household. If we look at the wider picture, apparently the company has asserted its presence in every nook and corner of the world. If we talk about its electronics, then they all are value for money as the technology used in them is highly cost-effective. 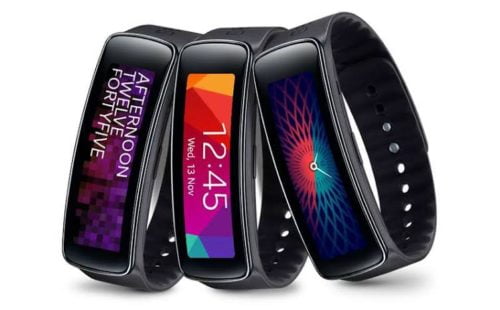 The company caters to every segment of the society with its multiple price range. As a result, everyone has the privilege of using Samsung electronics ranging from air conditioners to mobile phones.

Mobile phones:  Samsung is a smartphone leader in the market with its plethora of high-end phone doing a great job world-wide, with their high performing technology and cost-effectiveness. Every year the company comes up with a new phone a successor of the previous one. And each phone surprises its users with their seamless performance and utility. A quintessential example of Samsung high-end Smartphone is Samsung Galaxy S5. The phone is still doing great at market level and had earned many brownie points right after its launch. Tablets: Samsung Galaxy Tablet is a different segment altogether. So far company has launched the multiple successor of it Tab 1 and all of them have earned good market value and met its buyer’s expectation. The latest one is Samsung Galaxy Tab 3, which is doing great so far. TV: The latest launch of its flagship Samsung curved TV has proved that TV manufacturing is company’s forte. Company has no dearth of ideas and is capable enough to bring state-of-the-art electronics in the market. Camera/Camcorder: Camera is another big thing company’s pool of products. Available in multiple styles, colors, and sizes Samsung cameras/camcorders are known for their picture quality and good resolution. Apart from clicking pictures, users can also share them on fb, twitter or at any social media site because the cameras also support Wi-Fi connectivity and access to internet.

Various home appliance of the company include:

Other miscellaneous items include:

The latest in the kitty of smartphones is Samsung Galaxy Gear – Gear2, Gear fit, gear 2 Neo. The Samsung Galaxy Gear is a Samsung’s flagship smart watch, unveiled during a Samsung Unpacked event in Berlin, Germany on september 4, 2013. The device is compatible with all Samsung Galaxy smartphones and tablets which run android 4.3 or its newer versions. It showcase a 1.63-inch super AMOLED touchscreen, has a speaker and microphone for hands-free calling. And the most remarkable thing about the Gear is that it even has a 1.9MP camera for clicking pictures from your wrist. Initially launched as an android based device, Samsung has now replaced this operating system with Tizen from May2014 onwards. Although the gear received a lot of criticism in its initial days of launch but its successor Gear 2 to some extent has creased out most of the criticism.

The Galaxy Gear is smart, attractive, comfortable, and makes it handy to see incoming calls. The bottom line is that, Samsung’s smart watch has earned the company a reputation of being smart amongst all other smartphone manufacturers. The Gear itself performs truly smart and has met many people’s expectations.

Bosch has recently launched an all new AIoT platform named Phantom Edge. This platform along with the...
Read more

How To Download Windows 11 Preview & A Look Into Exciting...

Top 10 Women Entrepreneurs Of India Who Built Their Empire From...

HOW TO DOWNLOAD TORRENT FILES DIRECTLY WITHOUT INSTALLING ANY SOFTWARE: An...