BREAKING: The Industrial Icon, The Legend Steve Jobs Passed away 1955 -2011

Steve Jobs the co-founder of Apple and the former CEO Passed away at the age of 56 due to cancer. He had battled cancer for years, took a medical leave from Apple in January this year(2011) and stepped down as chief executive in August because he could “no longer meet (his) duties and expectations.” In 2004, he announced to his employees that he was being treated for pancreatic cancer. He lost weight and appeared unusually gaunt at keynote speeches to Apple developers, spurring concerns about his health and fluctuations in the company’s stock price.

He co-founded Apple at the age of 21. In August this year (2011), Steve Jobs stepped down from his position as CEO of Apple, where in his resignation letter he wrote the following:

“I believe Apple’s brightest and most innovative days are ahead of it. And I look forward to watching and contributing to its success in a new role.

“I have made some of the best friends of my life at Apple, and I thank you all for the many years of being able to work alongside you.” 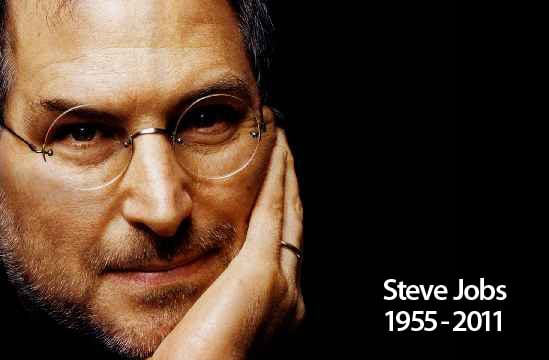 “Steve Jobs is one of the great innovators in the history of modern capitalism,” New York Times columnist Joe Nocera said in August. “His intuition has been phenomenal over the years.”

If you really want to know what kind of a man Steve is, you must watch this video:


Apple, released this statement on his death:

We are deeply saddened to announce that Steve Jobs passed away today.

Steve’s brilliance, passion and energy were the source of countless innovations that enrich and improve all of our lives. The world is immeasurably better because of Steve.

His greatest love was for his wife, Laurene, and his family. Our hearts go out to them and to all who were touched by his extraordinary gifts.

Below are reactions from some prominent on the web: 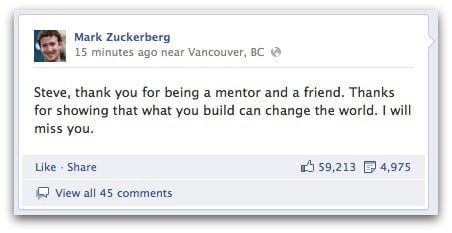 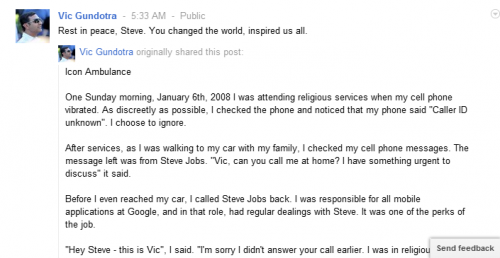 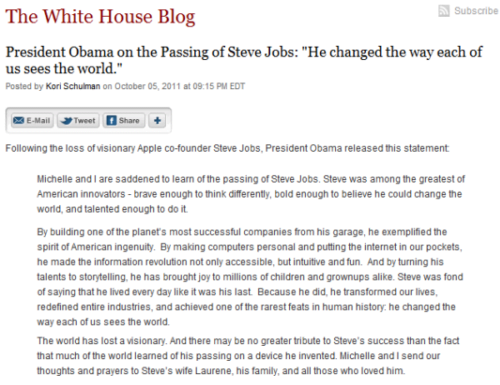