Mobile phones are a confusing topic for some people, especially those not up to speed with the latest developments and trends around the industry. As little as ten years ago mobile phones used to be something you just used to make a call or send a message to somebody while you were out of the house and away from your landline. Today, they’re an essential part of our daily routines helping us to send work-related emails, update our Facebook statuses, read the breaking news and even take photographs – oh, and they make calls and send messages, too! 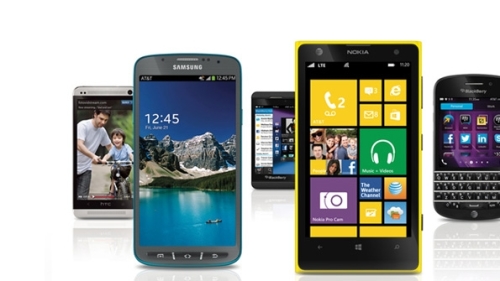 When a new model is released there is an instant global interest in what it has to offer, how it differs to its predecessor and its rivals and, of course, how much it’s going to cost. For some people it’s an exciting time because they have the chance to get their hands on something new and exciting, while for others it’s exciting because they can finally upgrade their old phone that they’ve been tied into by a contract for a length of time and they’ll be glad to see the back of it!

Upgrades are a great idea from network providers because it means that customers don’t necessarily have to pay for a brand new handset, instead you can just trade their old one in as part exchange or you can sell your old phone on onrecycle.co.uk to recoup some money to put towards a new contract, and off you go with your shiny new phone.

The thing is, the upgrades are often a great time for the customer initially, giving them the chance to change their phone and even their contract and the various terms, but are they great in the long term? Here are three questions to help solve the argument:

Firstly, there is the choice of phones available to you. When you look to purchase a new phone off the shelf, many are out of your reach just because of the price at the time. Sure, a shiny new iPhone 6 might look like an amazing purchase and something you’ve had your heart set on, but at that point in time it has its brand-new price tag. Thanks to upgrades, however, you have the opportunity to acquire the phone without having to pay the full price for it instead – with some operators anyway – you just pay the terms of your new contract which may be anything from a monthly fee that includes calls and messages, to the various extras like data allowances and picture messaging (MMS).

On the flip side of that bonus, however, is that in some instances your contract may involve paying more each month or being tied in for a longer period of time than you might like just to ensure that you get that specific phone. While operators will want to keep people with them rather than losing their custom, they can’t simply go around giving people the very latest phones which could retail for hundreds and only charge the same amount as they were on an old model, they need to make some money from customers somewhere along the line and some people could end up paying more than their original deal just to have a new phone.

So far we’ve seen one argument for upgrades, and one against, so this final one should settle the argument once and for all, (or at least you might hope so). Customers have the opportunity to negotiate their contracts when it comes to their renewal date. When they signed the original deal maybe two years ago, the amount they were paying might have seemed like a perfectly acceptable fee. However, two years down the line their circumstances might have changed and disposable income might have evaporated leaving them struggling to afford the payments specified. When it comes to upgrading, customers have the opportunity to keep their existing handset and change their tariff – the amount they pay each month for things like calls, messages, data allowances and so on – bringing the payments much more inline with what they can afford. To many this is the best part of an upgrade – not the new phone. Sure, we’d all like to have the best phone on the market but when push comes to shove, paying less makes much more sense really!