Some Facts About the Recent Success Story of Flipkart

Flipkart is an Indian e-commerce company which was launched in 2007 by Sachin and Binny Bansal. The company has its headquarters in Bangalore. It started as an online book store but the concept and popularity grew so rapidly that today it is thought as the e-commerce company that made online shopping viable and popular in India and changed the mind set of an average Indian who did not believe in online shopping. Today According to Alexa Internet, Flipkart.com is one of the top 20 Indian websites and has positioned its brand and created its awareness in a sure shot way. 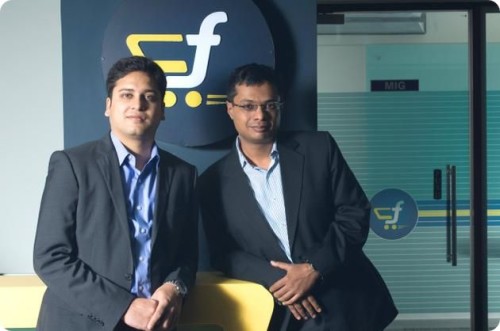 Sachin Bansal and Binny Bansal are alumni of the Indian Institute of Technology Delhi. They had been working for Amazon.com earlier. During its early years, Flipkart main focus or let’s say product offering was only books but soon as it expanded and began offering other stuff like Air Conditioners, electronic goods, stationery supplies, Air coolers and life style products and e-books. The first product sold by them was a book “Leaving Microsoft To Change The World” sold to VVK.Chandra from Andhra Pradesh.

There are many reasons why Flipkart has become a popular brand name but the chief reason behind its success is it offering its customers the option of Cash on Delivery. So an average customer did not need to swipe their card and they could wait for the delivery of product and then pay. There are other options available for payment like Credit or Debit card transactions, net banking, e-gift voucher and Card Swipe on Delivery. For products with a higher value they even have started with the EMI option making it feasible for the consumer to shop on their site. But its latest offering in the payment methods or the product offering has been Flipkart’s online shopping coupons. These last two offerings have given a further boost to their sales

Flipkart has grown many folds over the years. Initially when the company was founded, the founders only put in a capital of 4 lakh to set up the business. But as the company grew they had to look out for partners to raise the capital. They reached out to venture capital funds Accel India for US$1 million in 2009 and then Tiger Global US$10 million in 2010 and US$20 million in June 2011. It further raised capital On 24 August 2012 where Flipkart announced the completion of its 4th round of $150 million funding from MIH (part of Naspers Group) and ICONIQ Capital. And lately in 10 July 2013, that it has raised an additional $200 million from existing investors including Tiger Global, Naspers, Accel Partners and Iconiq Capital.

Through these acquisitions Flipkart was able to offer a novel range to its consumers.

Such has been the short yet very successful story of Flipkart. In these years it has received many accolades and recognitions. It has received the brand loyalty of its consumers and has positioned its brand so well that it is embedded in the minds of a majority of Indians. Its service and delivery has been prompt and perfect which also has had a big hand in achieving this success.