At 731mn, China has the highest number of internet users. Thanks to their smartphones!

China not only has the largest number of population in the world but the country even ranks highest when it comes to the number of internet users. The growth of smartphone sales may be diminishing, but the extent of mobile internet has reached a notable threshold. According to a report by China Internet Network Information Center — CNNIC China has the world’s largest number of internet users reaching almost 731 million that too surfing through their smart phones.

The report shows this data till December 2016. As per the authorities, it is e-commerce that drives in the consumer demand across the Asian giant making it 731 million huge. These are the latest internet stats for the country by CNNIC. And it shows that for the first time in the growth of the internet in china, approximately 1.4 billion population users are running through a mobile device.

The government-linked CNNIC (China Internet Network Information Center) stated in a comment on Sunday at its website:

The total number of internet users rose to around 6.2 percent. This is from the end of December ’15 and the number roughly equals to the entire population of Europe 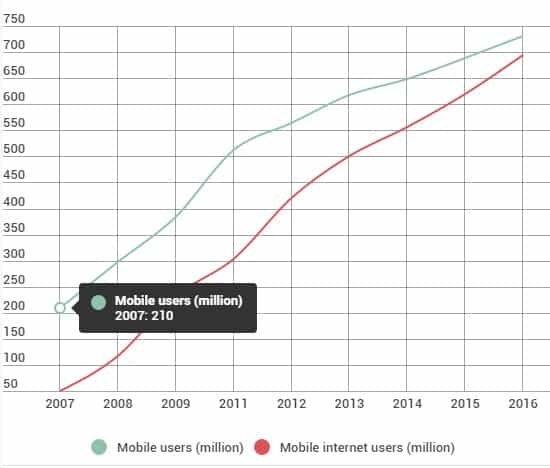 Mobile phone users in the year 2007 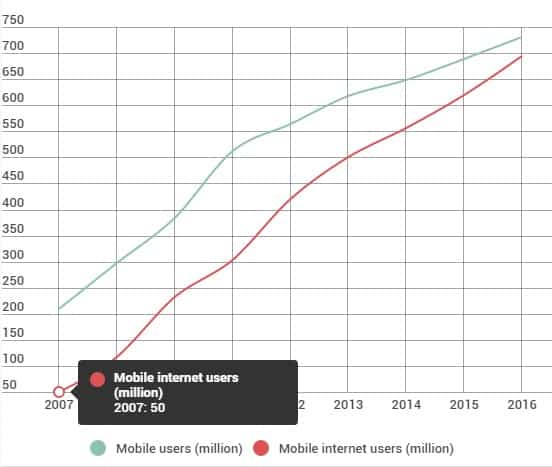 Although Beijing enforces strict rules & regulates on the online content barring the citizens from accessing major websites (including Facebook and Google), E-commerce remains an essential component of the government’s efforts to a consumer demand-driven economy. The government is also pushing a so-called “Internet plus” project. It is aiming towards expanding the role of online technology in the nation’s economy.

According to the CNNIC:

The number of people who operate online through their smartphones has also reached around 695 million or 95.1 percent. Whereas on the other side, computers lose their appeal.

The surge through smartphones is said to be the primary reason for the increase in the number of users. Another statement added that online consumption has become an increasingly significant part of the country’s economy. And its contribution towards the GDP growth is gradually increasing. 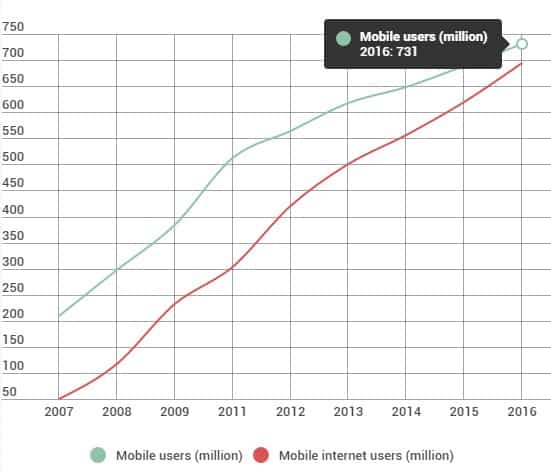 Mobile phone users in the year 2016 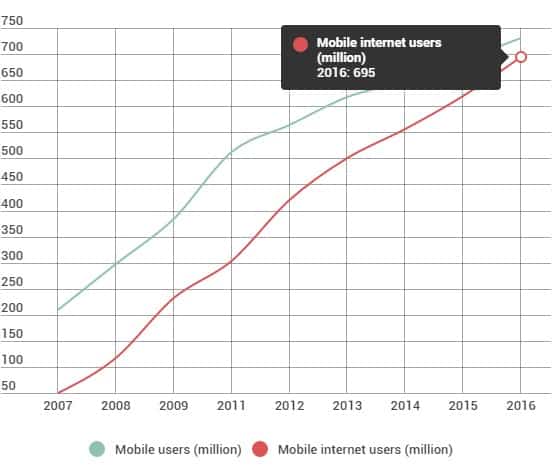 Mobile internet users in the year 2016

According to the CNNIC,

As of 12th December, the number of people in China who used online payments had also reached around 475 million. This is 14.0 percent year on year.

The report also said that the Government information was disclosed before the public in an increasingly mobile, immediate and transparent manner. In addition, the Internet coverage expansion has encouraged to improve the people’s quality of living standards in the country. It has even given a boost to the e-commerce.

Liu Xin with the CNNIC said,

The growth rate of China’s netizen population has stabilised nearly after 10 years of the exponential growth.