Before sharing my experience with you with ESET NOD 32 antivirus, I want to clarify that this article is not a sponsored post but a genuine writing of a product that saved my PC from dangerous threats.

What was the Issue?

I have a Lenovo PC with intel core 2 duo processor and 2 GB of RAM, this specification is suitable for all the modern software but when I used to install antivirus software, my system performance was fairly low, especially in startup it used to take up to 4-5 minutes and an antivirus software hanged my PC many times in startup (I don’t want to mention that software over here due to reasons).

Hunt for an Antivirus Software that Won’t Affect System Performance 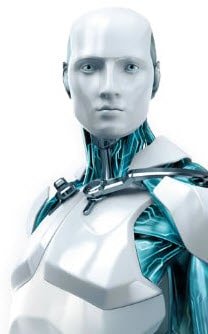 I started exploring for the antivirus software that won’t much affect the system performance and especially doesn’t slow down at startup. I tested many free as well as paid antivirus software to get protected against viruses but finally I made up my mind to install ESET NOD 32 antivirus to test whether this antivirus is suitable for my PC’s specification.

Before paying for it, I thought of installing a trial version of ESET NOD 32 which works for a month without any bucks or buggy advertisements that force to buy the full version. I downloaded the offline installer of ESET NOD 32 and finished the installation process in minutes along with virus database update.

What was the Result?

First of all I restarted my PC to check how ESET NOD 32 antivirus performs in startup and the result was outstanding, at the moment I had a doubt whether I have installed the antivirus or not.. really!.. it was very smooth and hang free. Further I opened multiple high end software and also started smart scan in ESET NOD 32 and found that it won’t much affect system performance.

ESET NOD 32 has some useful built-in modules such as Removable media scan, anti-stealth protection, anti-phishing, social media scanner to keep your Facebook safe and document protection which lacks in some other antivirus software I tried.

I am not promoting any antivirus software over here but just shared my genuine thoughts and experience with ESET NOD 32. I hope you will agree to my opinion once you give a try to it, download it over here.